For all the talk of their dazzling batsmen and explosive fast bowlers, the great West Indies side of yesteryear also included a brilliant wicketkeeper batsman in Jeffrey Dujon. He was a Wisden Cricketer of the Year in 1989.

As one who was to become an outstanding Test cricketer, Jeffrey Dujon began with two definite advantages. He was born and grew up in a cricketing environment, his interest and instinctive ball sense being nurtured at Jamaica’s Test ground, Sabina Park, home of Kingston Cricket Club for which his father, Leroy, was an opening batsman good enough to gain selection to the island team. His education, sporting as well as academic, was received at a school with a long and celebrated cricket tradition, Wolmer’s in Kingston. His advance from toddler at Sabina to Test player, from Wolmer’s captain to the eighth old boy of the school to represent West Indies, was hardly unexpected by those who followed it. The only surprise was that the transition took as long as it did.

Peter Jeffrey Leroy Dujon, born in Kingston on May 28, 1956, was aged 25 before he was first chosen for West Indies on the 1981/82 tour of Australia. It had been a long wait. Jamaica captain in the annual West Indies youth championships and a member of the Young West Indies team to England in 1974 while still at Wolmer’s, Dujon, not yet 20, gathered Shell Shield hundreds in his first two first-class seasons in 1975 and 1976, against strong Barbados bowling.

But this rapid progression was halted for the next five years by the well-meaning, yet misplaced, concern of the Jamaica selectors over how the young Dujon should develop. Although he was a wicketkeeper of unquestionable potential, it was felt by those who mattered that his batting was likely to deteriorate if he was saddled with any additional responsibility.

It took Dujon many years to prove the theory a fallacy, and it probably cost him an earlier place in the West Indian team. “The West Indies middle-order batting was very strong at the time, and I realised my best way of breaking into a touring team was as a wicketkeeper who could bat,” he says now. “I couldn’t make it if I wasn’t keeping.”

It was not until 1981 that he was instated as Jamaica’s wicketkeeper in the Shell Shield and he responded with his first century since 1976, an unbeaten 105 for a President’s Young West Indies XI against the touring England team. This was followed a fortnight later by 135 not out (out of 263) for Jamaica against a Barbados attack headed by Malcolm Marshall (6-75). His reward was an overdue place on the West Indians’ tour to Australia as batsman and reserve wicketkeeper to David Murray. 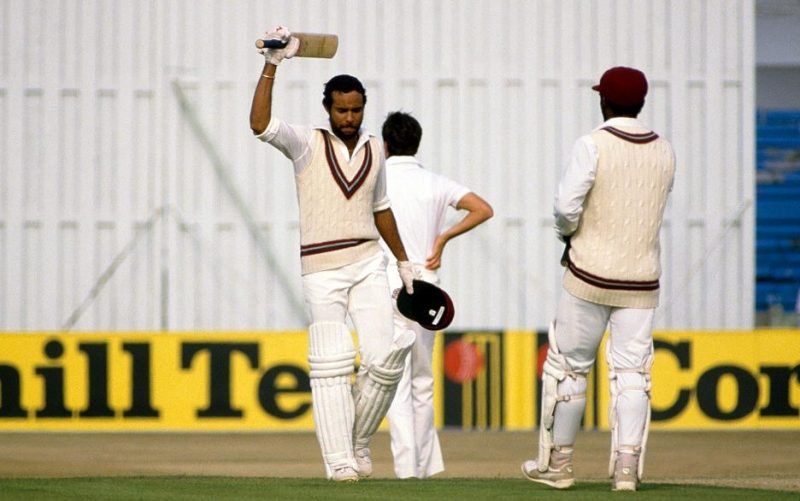 Jeff Dujon celebrates after getting to a hundred at Old Trafford, circa July 1984

There, ability and luck combined to push him into the Test team. An unbeaten century against New South Wales and an injury to Gordon Greenidge brought him in as a specialist batsman for the first Test; an injury to Murray gave him his chance as wicketkeeper in the third. Murray’s decision to join the rebel tour of South Africa the following year meant that the position was his alone. Since then, he has become a permanent and essential fixture in the West Indies team, having missed only one Test – because of a fractured finger – in the 55 he had played to the end of the series in England in 1988.

Very few players in Test cricket’s long history have managed to combine batting and keeping wicket as consistently and successfully as Dujon has. Statistics provide ample proof: 2,607 runs at an average of 38.91, five centuries, 174 catches and five stumpings by the end of the England series, in which his value was repeatedly emphasised. His four half-centuries in seven innings earned him an average of 50.83 and invariably steadied the innings; he held 20 catches and missed little.

He is beautifully balanced and co-ordinated and as adept against pace as against spin.

Had the Jamaica selectors been guided by history, rather than hypothesis, they would hardly have kept Dujon in the covers, rather than behind the stumps, for so long. Four previous West Indies wicketkeepers had been schooled at Wolmer’s – Karl Nunes, the first Test captain in 1928, Ivan Barrow of the 1930s, and Gerry Alexander and Jackie Hendriks of more recent times. Dujon, in fact, took to keeping only in his later years at Wolmer’s and was encouraged to do so, not by his famous predecessors but by his games master, Ron Jones, a Welshman, now a well-known sporting commentator on BBC radio.

Even when he left school and turned out for Kingston in club cricket, Dujon found he had to forsake the gloves for a place in the outfield. The incumbent Jamaica wicketkeeper, Anthony Campbell, was in the Kingston team, and in any case the theory that he should specialise as a batsman had gained currency. 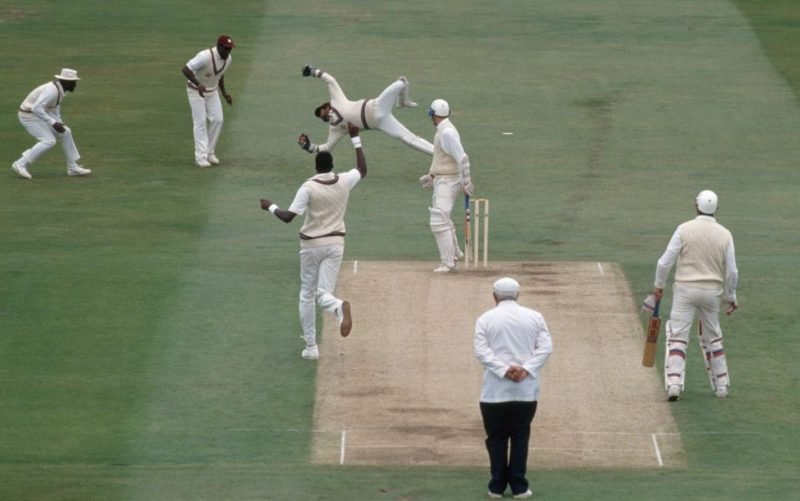 It was understandable, for he has always had the special touch which gave his batting the stamp of class. His build is slim and he lacks the sheer power of those, such as Vivian Richards, Gordon Greenidge and Clive Lloyd, who have come before him in the West Indies order. He was still at school when his fellow Jamaican, Lawrence Rowe, was at his peak, and there is unmistakable evidence of Rowe’s influence in his classically stylish play. He is beautifully balanced and co-ordinated and as adept against pace as against spin.

Two of his Test centuries have been gathered on the slow, turning pitch at Port-of-Spain’s Queen’s Park Oval, the second against Pakistan and Abdul Qadir. Another was made on the contrasting fast and bouncy surface at Perth, during which he had to retire after a blow on the head from Terry Alderman. That prompted him into the immediate, and continued, use of a helmet.

Dujon’s all-round capacity – and his durability – have allowed West Indies to maintain their policy of including four fast bowlers in their eleven.

Behind the stumps, Dujon is nimble on his feet, acrobatic in his movements. The purists complain that he throws himself around, that he is too much of a showman. But much of his wicketkeeping has been practised standing back to the plethora of fast bowlers produced by West Indies, and his agility and reflexes have enabled him to snare some spectacular catches deflected off uncertain edges. He may be less certain standing up at the stumps, to spin, but he seldom gets the chance.

Dujon’s all-round capacity – and his durability – have allowed West Indies to maintain their policy of including four fast bowlers in their eleven, an important element in their consistent success of the past dozen years. It is pertinent that, since Clive Lloyd succeeded Rohan Kanhai as captain in 1974, West Indies have required only three regular wicketkeepers – Deryck Murray until 1980, his unrelated namesake David between 1980 and 1982, and Dujon. It is a remarkable sequence.

Quiz! @Ben_Wisden got an impressive 16/18. Can you beat his score? https://t.co/fzDpRupFIu

Nor does it appear likely to end soon. Dujon’s performance, with bat and gloves, has not diminished and, at 32, West Indies can anticipate several years’ service yet. Although he did spend a season with the Welsh club, Swansea, in 1975, Dujon has never had a professional contract in county or league cricket in England to make further demands on his stamina.

For many years employed in the marketing department of the Shell Oil company in Kingston, he now resides in Barbados with his Barbadian wife and young son, playing cricket with the famous Pickwick club between tours and using squash to keep himself fit and fast on his feet.

A prime mover behind the formation of the West Indies Players’ Association, and its secretary, Dujon has taken on added responsibility in the past year. When his playing days are over, he is a likely candidate to move into administration. That, too, would be in the true tradition of Wolmer’s, which has given the West Indies two board presidents, Karl Nunes and Allan Rae, and two team managers and selectors, Gerry Alexander and Jackie Hendriks.