As a throwback to the days of the long-serving overseas player, Jeetan Patel has become a hugely popular figure at Warwickshire. He was a Wisden Cricketer of the Year in 2015.

Jeetan Patel, like Graeme Swann, decided there was little to be gained from looking flash. His wardrobe has never included the doosra, the modern spinner’s most fashionable accessory until questions arose about its legality. Instead, Patel’s style has been retro-chic, dressing up his deliveries in different speeds, trajectories and angles.

Not that his old-school cool arose purely by design. By the time it became hip to pull the other one out of the bag, Patel was in his mid-twenties, and part of the New Zealand team. Attempting to add to his portfolio via experimentation in the nets, he says, came at a price.

“Sure, I flirted with unorthodox methods, because that’s what you have to do to stay up with the game. But with that came injuries, and I couldn’t do my job sitting on the sidelines. To me, if that was the consequence, there was no point continuing.

“I have been fortunate enough to come out the other side able to say that the tried and trusted way has worked for me. If I had started doing it younger, then maybe my body could have dealt with change. But at 25, you are pretty set with what you’ve got. Yes, you can look at honing your skills, but adding a new one altogether is tough.”

It was Muttiah Muralitharan and Saqlain Mushtaq who stoked Patel’s interest in spin: until he was 14, he was getting picked for Wellington’s age group sides as a medium-pacer. But it was those bowlers’ consistency rather than their action that Patel tried to replicate after switching suits. Two decades later, it was as if he was paying homage: Patel finished the 2014 English domestic season as the most prolific spin bowler in the County Championship, apart from Saeed Ajmal, and the top wicket-taker in both white-ball competitions. In all, he amassed 107 victims for Warwickshire – more than anyone in the country. “To tick the hundred mark was pretty special,” he says.

It was the best of his 15 years as a professional cricketer. His peers agreed: Patel was voted the season’s Most Valuable Player. 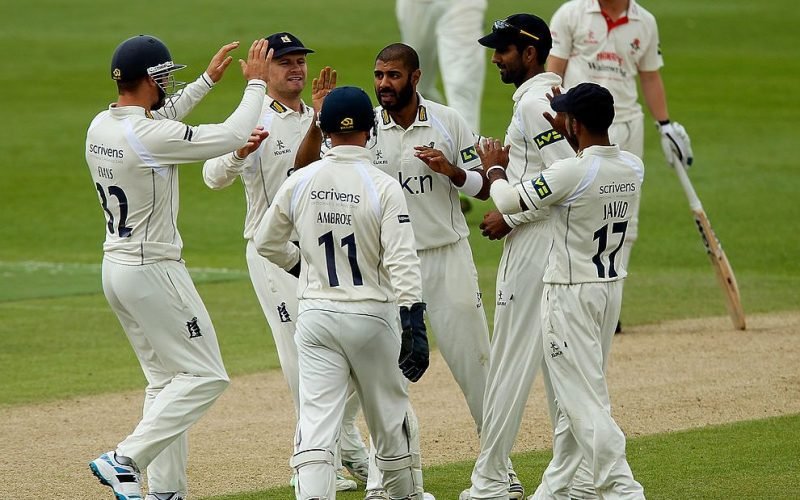 Jeetan Patel was Warwickshire’s leading wicket-taker at the 2014 County Championship, with 59 scalps at 26.32

Jeetan Shashi Patel was born on May 7, 1980, in Wellington, more than 11,500 miles away from Birmingham, now his second home. His father, Shashi – who used to run a lotto shop in Miramar, a Wellington suburb – met his mother Kelly, in Leicestershire, before they moved to New Zealand, where her family had already relocated. Shashi, a Gujarati, had played club cricket in and around Melton Mowbray. “Being an Indian, you always follow what your parents want,” says Jeetan, “and so cricket was always on the agenda for me.”

In an era of faceless franchises, Patel is a throwback to a time when overseas players would adopt counties as their own, and serve them for several seasons with pride and distinction. There are echoes of yesteryear in his lifestyle, too: he can regularly be spotted having a fag outside the Edgbaston dressing-room, and enjoys a pint after stumps. He is popular with his team-mates – up for the craic, one of the lads. 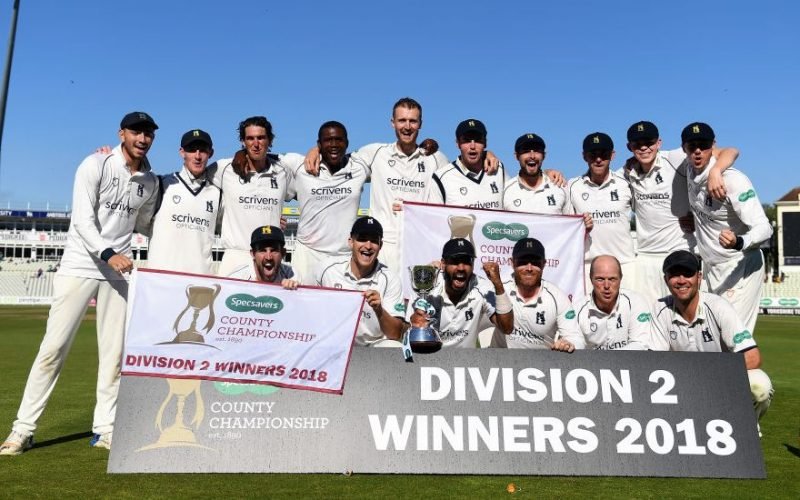 This is not always the way with highly paid imports. But it is why – after a torn knee ligament curtailed his debut county season, in 2009 – Warwickshire were back for him two years later. “They hadn’t shown any interest in 2010, so when another offer came, I thought to myself: ‘Have I been kissed on it?’

Maybe so. Ever since, I have told them I don’t want to go elsewhere.” That included the Caribbean, when New Zealand showed renewed interest at the start of the 2014 English summer. But turning down a Test tour was not taken lightly, or inspired by club loyalty alone: five weeks earlier, his wife, Kate, had given birth to daughter Niya, their first child.

He is undoubtedly a more complete cricketer than he was before 2009, when he won the bulk of his 69 international caps.

“Travelling with a new-born isn’t easy,” he says. “We had just set up camp, so for me to pack the bags and send the family back home, with the uncertainty of whether I would be playing in the West Indies, and whether Warwickshire would then replace me – that all came into it. My family’s security was really important to me.”

In fact, there is a sense of unfinished business for Patel, whose last association with his home country was not a happy one. Playing for a New Zealand XI against England in early 2013, he opted for a night out mid-match with his old mate Daniel Vettori. He fell over drunk, and spent hours in A&E rather than on the field. A conversation with the selectors last winter reaffirmed his availability, both as a player and mentor.

He is undoubtedly a more complete cricketer than he was before 2009, when he won the bulk of his 69 international caps, 39 of them in the 50-over game. In a season in which Warwickshire remained competitive from first ball to last – finishing in the top two in all formats – Patel was a reassuring omnipresence. 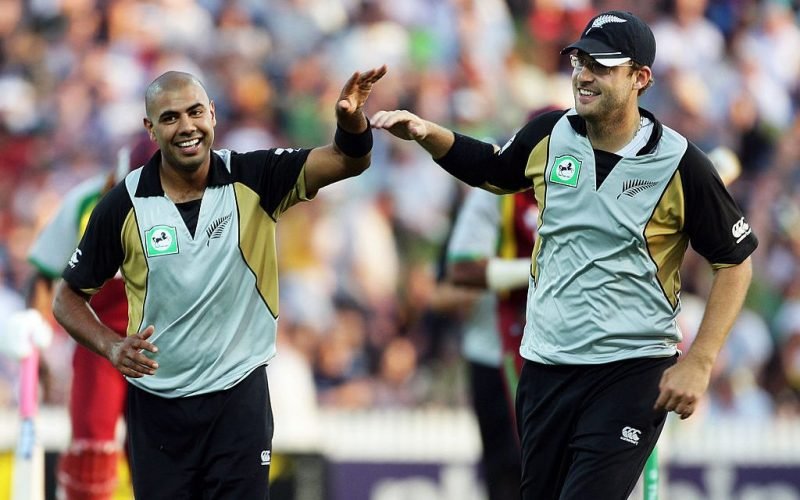 He played all 41 matches, more than anyone in county competitions. And, though he claimed only one five-wicket haul in the Championship, a clutch of threes and fours took him to a personal-best tally of 59. His performances in the T20 Blast and Royal London Cup, often bowling in tandem with his protege Ateeq Javid, altered the course of many a contest.

In the 50-over final at Lord’s, with Durham cruising towards a lowly target, Patel was at his guileful best in taking 4-25, all lbw, three of them left handers. From 60-2, Durham briefly – and almost unthinkably – ceded momentum. They required 36 from their final three wickets; crucially, Patel had only one over to go. Durham negotiated it unscathed. 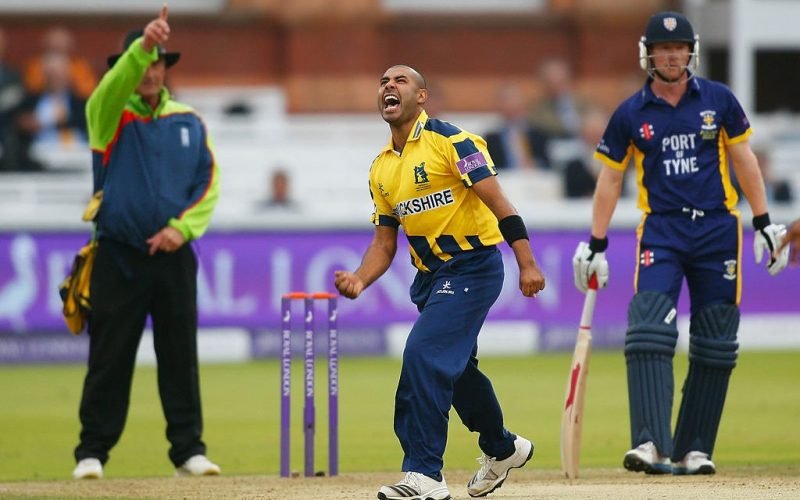 Patel was the leading wicket-taker at the 2014 One-Day Cup, with 23 scalps from 10 games

He could also be a match-winner, spinning Somerset out with four wickets in each innings at Taunton. And he never looked beaten, notably when his counterblast of 74 in a stand of 118 with Ian Bell had given Warwickshire hope in the opening Championship game against Sussex.

A first-class average of 23 confirms his batting is not to be underestimated. When he claimed a five-wicket bag on first-class debut for Wellington in early 2000, he was still the No.11 for his club side Eastern Suburbs. Now there are few more dangerous tailenders on the circuit, and over 500 Championship runs last season made him one of county cricket’s leading all-rounders. No wonder Warwickshire have tied him to the daily grind he loves for the next two seasons.

Jeetan Patel played in 24 Tests, 43 ODIs and 11 T20Is for New Zealand and collectively bagged 130 international wickets. Till date, he has taken 892 first-class wickets at 32.77.