When Jack Hobbs made his first-class debut in April 1905, it was the start of one of the greatest as well as one of the longest careers. On his retirement in 1935, Wisden invited him to look back on 30 years in the game.

The era to which my name has been given covers first-class cricket from 1903 to 1933. The War came to rob all of us of four solid years of the game, and although I played a little last summer I think that I really finished in 1933 when at 50 years of age after, roughly, 30 seasons at the Oval, I was beginning to feel that the strain of the game day after day was getting just a little too much for me.

Everyone nowadays seems to want to bowl the inswinger. This is absurd.

There was also the fact that younger players were knocking at the door, and that it did not become me, having had a longer innings than most cricketers of modern days, to stand in the way of promising recruits who wanted to feel that their positions in a county eleven were secure. 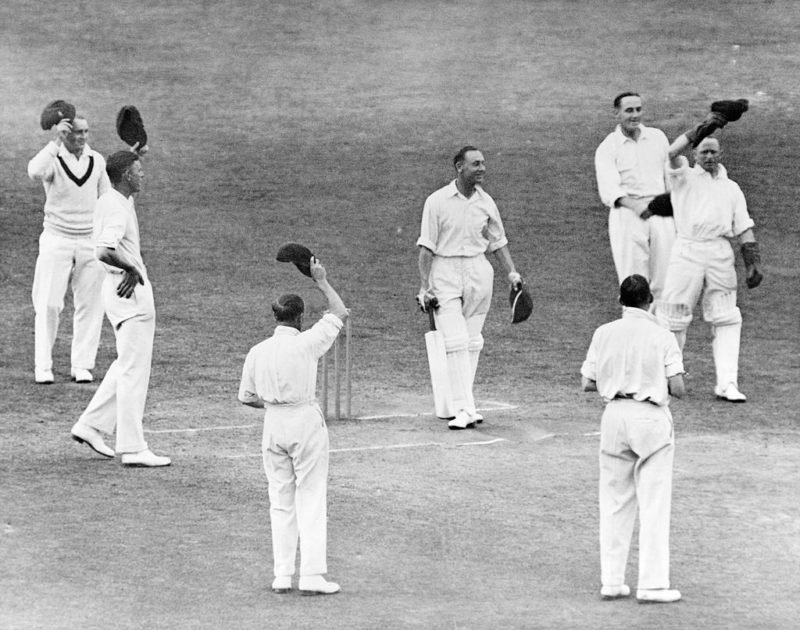 So even though I scored one century last season I still fall short by three of the two hundred I had fondly hoped to obtain. Records after all are ephemeral; they are only made to be beaten by somebody else, and while it is nice to think that one has accomplished something out of the common there are other and more important considerations to bear in mind. The new leg-before-wicket rule, which is being tried experimentally, may, if adopted, have a far-reaching effect on batsmen, but at the back of my mind there is the impression that someone will come along one of these days and surpass the 197 hundreds which now stand to my credit.

I have always regarded it as curious that while most of the changes in cricket in my 30 years have been in favour of the bowler, such as the smaller ball and the wider wicket, bowling generally, in my opinion, has deteriorated. There are very few outstanding bowlers of real class today, and I remember that just after the War, when admittedly things had changed a good deal, bowlers opened for their sides who weren’t considered prior to 1914.

Everyone nowadays seems to want to bowl the inswinger. This is absurd, for my experience is that this particular ball is not so dangerous as the one which goes away from you. It has led to what I should call “negative cricket”. Bowlers adopting this method try rather to keep the batsman quiet than to get him out. 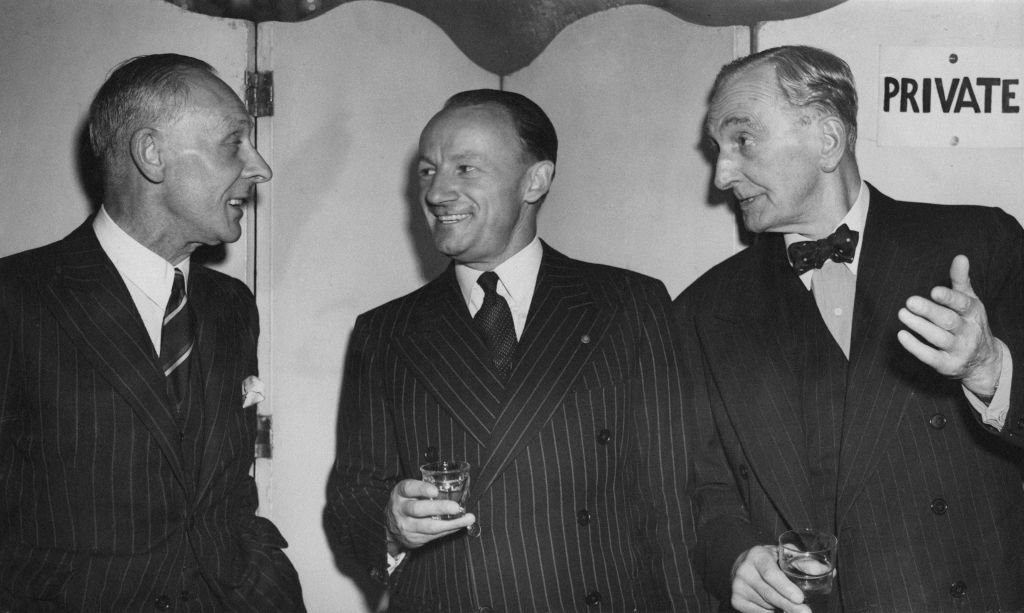 The result of this is that back-play has developed to a large extent and onside play has increased out of all proportion, to the detriment of offside batting. But then it must be remembered that it is very difficult indeed to drive an in-swinging ball on the offside, and with bowlers keeping just short of a length, as modern bowlers do, the natural tendency of a batsman, at any rate since the War, has been to step back and play the ball to the on.

In regard to this it would seem that the new leg-before-wicket rule is going to make things difficult for opening batsmen, and the inswinging ball is more dangerous under this rule than the off-spinner. You can see and, to a degree, anticipate off-spinners better, and an inswinger seems to come off dry ground much quicker. In my early days youngsters were taught to play forward, and it was the accepted theory that one only played back when the wicket was soft and the ball was turning.

Now, batsmen play back on a hard wicket largely because of the preponderance of inswinging bowlers who keep just short of a length. Consequently, young bowlers, seeing that this type of attack cannot be driven to the off, very rarely try to make themselves spin bowlers pure and simple. I know, of course, that it is not given to everyone to keep such a perfect length as J. T. Hearne or Albert Relf used to. They would bowl all the afternoon and scarcely give you six balls that you could hit with safety. 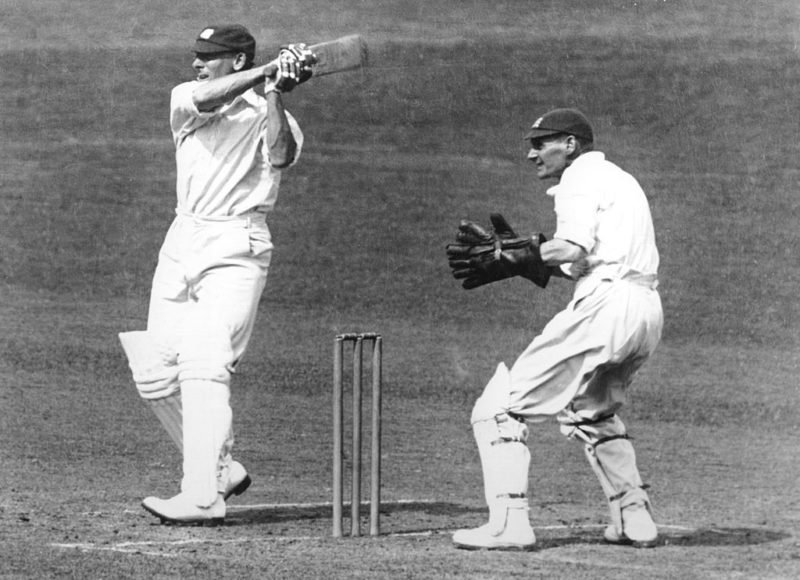 While bowling, particularly as regards length, has gone back, batting in a certain way has advanced. The means have been found to contend with the swing, but at the expense of many of those glorious offside strokes for which our predecessors were famous, and it is only when an over-pitched ball comes along that you can drive it to the off. Even then, when it does come, your feet may be wrong and you are too late to get into position.

There is one point about the improvement in batting. Even in my early days we seldom expected or saw the last four men stay very long. Nowadays Numbers 8, 9, 10 and 11 all come in, not so much to have a wild swipe, but to play for runs; and they very often obtain them. This, of course, may be considered to be partly due to the difference in bowling. Back-play, too, has been the means of driving the off-spinner largely out of the game, and figures clearly show that batsmen, even when allowance is made for a great deal of extra cricket which they play, generally get far more runs now than they used to do.

I have already said that one of the most notable changes in cricket with regard to bowling has been the introduction of “swing” or “swerve”. No doubt long before my time bowlers were able to make the ball swing, but it was not known then how this was brought about and quite likely when it occurred bowlers put it down to an extra strong current of air or some outside influence of a similar kind.

The secret of being able to make a ball move about in the air was acquired during my era and at the present time almost anybody with any knowledge of bowling can send down swingers of one sort or the other. It is all a question of how the ball is held in the hand at the moment of delivery and bowlers of this description now come under the general heading of “seam-up” bowlers. 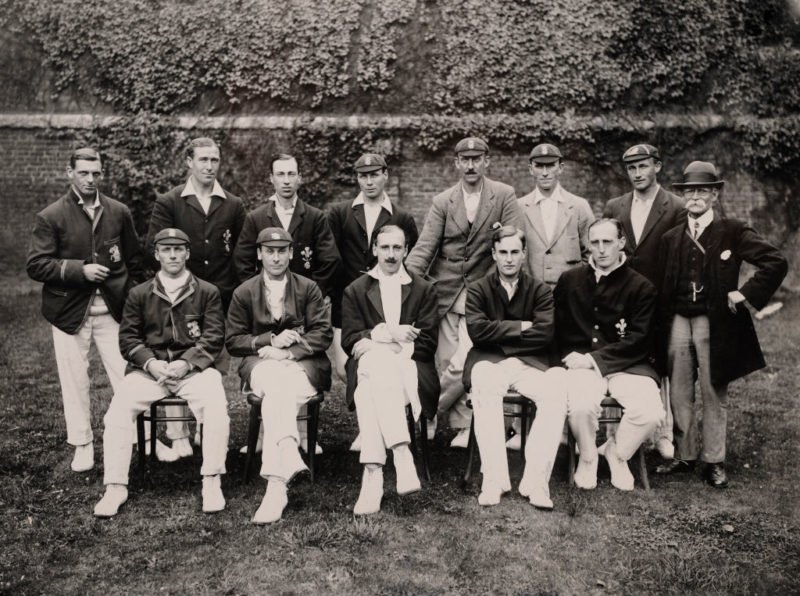 Shortly after I began to play first-class cricket came the googly. The South Africans were quick to realise the deadliness of this ball once a command of length had been gained. On the matting wickets in their country they soon perfected it and in G. A. Faulkner, A. E. Vogler, Gordon White and R. O. Schwarz they produced the finest array of googly bowlers ever seen together in one team. W. G. Grace did not, I think, play in an important match against googly bowling but obviously he must have been so very good that he, like many of us later on, would have mastered it. He would have played every ball on its merits.

While on the question of bowling I am definitely of the opinion that during my career the art of flighting the ball has steadily deteriorated. We have nobody now so good at this as Colin Blythe. He was one of the world’s greatest bowlers of his type, and, unlike most of the present-day exponents, was never afraid of being hit. Of fast bowlers the only ones of recent years at all comparable with those giants of the past have been Larwood and McDonald. Being a member of the same county side, I only played against N. A. Knox in Gentlemen and Players matches and games of a similar description, when he was probably past his best, but I think he was the best fast bowler I ever saw. He brought the ball down from such a great height that he could often make good length deliveries rear up straight.

The past 30 years have brought with them a remarkable increase in tours to this country and visits abroad of English teams. As the Mother Country of cricket, England, as represented by the M.C.C., have naturally considered it politic to foster the game overseas but I am of opinion that, on the question of elevating countries like South Africa, West Indies, New Zealand and India to the same rank as Australia in the matter of Test Matches, we have been premature.

Related Story: Why fast bowling is arguably the toughest job in T20 cricket

The vast host of cricket followers throughout the world know in their own minds that there are only two really top-class cricketing countries – England and Australia. Far be from me any idea of throwing cold water on those countries who aspire to the highest status in cricket but when we think that of the numerous teams which have come from South Africa not one has ever won a Test Match in England it makes me wonder why they are put on the same plane as Australia in being allotted five Tests. I am not forgetting that they, as well as the West Indies, have beaten England in their own countries. I should not be averse to them having three and I would give the others I have mentioned one each. The honour of wearing the England cap with the three silver lions on it has, I am afraid, become rather cheap since its inception. These caps should have been awarded only to cricketers who have appeared in England against Australia.

This is an edited version of an article that appeared in the 1935 Wisden Cricketers’ Almanack. See more from the Almanack archive.