As a courageous opening batsman for Australia, Jack Fingleton faced down England’s Bodyline attack. He later became a distinguished cricket writer. After his death in 1981, Wisden published this obituary.

Born at Waverley in Sydney’s Eastern Suburbs, Jack Fingleton was educated firstly by the Christian Brothers at St Francis’s School, Paddington, and then at Waverley College. Leaving school at the age of 15, he embarked on a career as a journalist which commenced with a cadetship at the Sydney Daily Guardian. Later, he was to move to the Telegraph Pictorial where he worked for several years prior to the Second War. At the outbreak of war, he joined the Army before being seconded to the former Prime Minister, Billy Hughes, as Press Secretary. From this time onwards, he lived and worked in Canberra. Fingleton achieved no particular distinction on the cricket field while at school, but, on joining Waverley, he quickly graduated to the first eleven of a club which included Kippax, Carter, Hendry and Mailey within its ranks. 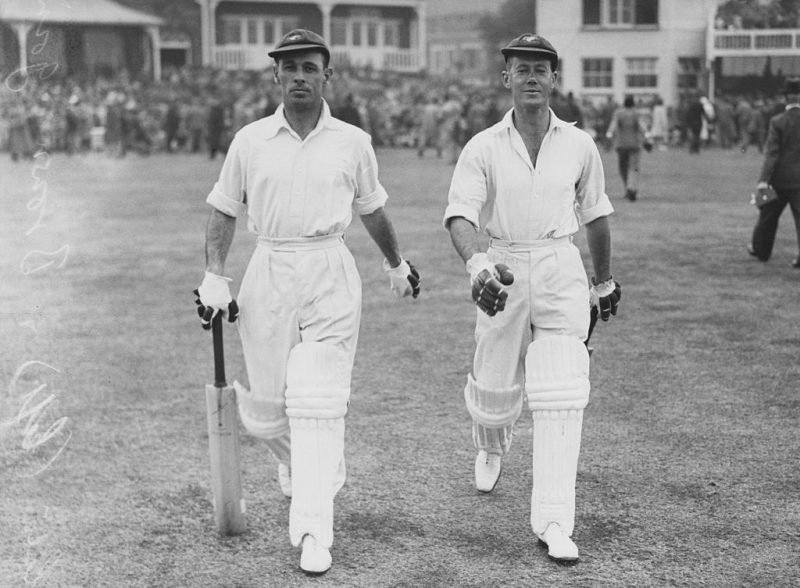 A right-hand opening batsman, Fingleton was noted more for his stubborn defence than for his aggression. The one epithet unfailingly used to describe his batting was “courageous”. He was also an outstandingly gifted fieldsman, whose reputation was made in the covers but who was later to win fame with Vic Richardson, and sometimes with W.A. Brown, in South Africa in 1935/36 as part of the “O’Reilly leg-trap”. Neville Cardus, for whom Jack had the greatest regard, once described the Fingleton-Brown combination as “crouching low and acquisitively, each with as many arms as an Indian God”.

In 1930, when 22, Fingleton won his first cap for New South Wales and within 12 months (after only five first-class matches) he was selected for Australia. In the home series against South Africa in 1931/32, he was thrice twelfth man and he eventually won his place in the side for the final Test only because Ponsford was forced out of the selected side by illness. In a game notable for its low scoring Fingleton was second top-scorer with 40.

In the following summer came the Bodyline series. Early in the season, Fingleton scored a brave century for New South Wales against the Englishmen, which was sufficient to ensure his selection for the First Test. He started the series in fine form, with scores of 26, 40 and 83, and seemed as well equipped as any to handle the novel tactics of the opposition.

However, the Third Test at Adelaide was a disaster for Fingleton. Australia were beaten by 338 runs, Fingleton made a pair, and he was blamed for leaking to the newspapers details of the exchange between Woodfull and Warner which took place in the Australian dressing-room and almost led to the abandonment of the Test series. Perhaps as a repercussion, Fingleton was a surprise omission from the Australian side selected to tour England in 1934.

He was restored to the Test team for the tour of South Africa in 1935/36, a tour that was to mark the apogee of his career. Against Natal at Durban he scored 167 (the highest innings of his first-class career), during the tour he had several mammoth opening partnerships with Brown, and he concluded the series with centuries in each of the last three Test matches – 112 at Cape Town, 108 at Johannesburg and 118 in Durban.

Australia won each of these games by an innings. In the following season in Australia, against an MCC side captained by G.O. Allen, he created history by scoring a fourth consecutive Test hundred at Brisbane. The achievement was later equalled by Alan Melville (whose four consecutive Test hundreds were scored between 1939 and 1947) and then surpassed by the West Indian, Everton Weekes (1948/49). 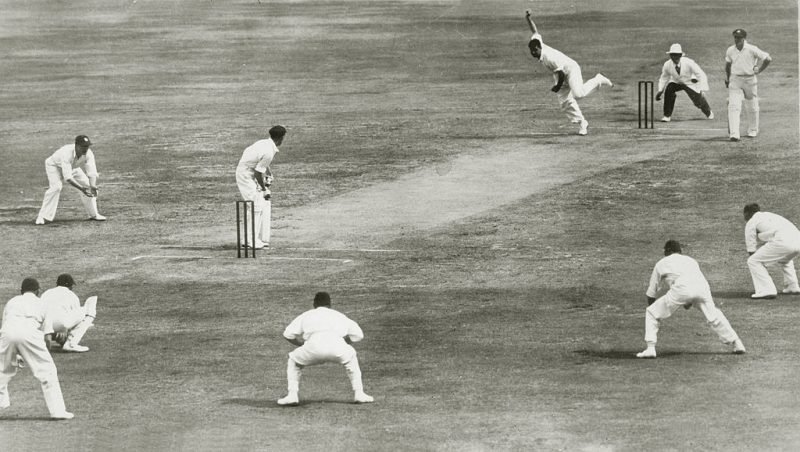 Fingleton faces the bowling of Bill Voce in Sydney, December 1936

In the 1936/37 series, Fingleton achieved another place in the record book by sharing with Bradman, in the Third Test in Melbourne, a sixth-wicket partnership of 346, a record which still stands. In 1938, Fingleton was selected in the Australian team which toured England, a Test series in which he had only moderate success. This, he was later to say, was “because I couldn’t play the pull shot, I was never suited to English pitches”. His Test career ended at The Oval in “Hutton’s Match”. For Fingleton it was a disappointing end: in the course of England’s marathon innings of 903 for seven declared he sustained a leg injury which was sufficiently serious to prevent him from batting in either Australian innings.

After the Second War Fingleton retired from first-class cricket and divided his time between Canberra, where for 34 years until his retirement in 1978 he was political correspondent for Radio Australia, and the coverage of Test matches. In Canberra he was a close friend of several Prime Ministers. Typical of these relationships was that which he enjoyed with Sir Robert Menzies, who provided him with a handsome and laudatory foreword in his book, Masters of Cricket.

Fingleton’s coverage of Tests resulted in publication of a number of books which secured for the writer a place at the forefront of Australian cricket writers. The books included Cricket Crisis (which involved itself principally with the Bodyline series of 1932/33), Brightly Fades the Don (England 1948) Brown & Company: The Tour in Australia (Australia 1950/51), The Ashes Crown the Year (England 1953), Masters of Cricket, Four Chukkas to Australia (Australia 1958/59), The Greatest Test of All (Brisbane 1960), Fingleton on Cricket and The Immortal Victor Trumper. His final book – Batting From Memory – was to have been launched in Australia during the week of his death.

In addition to his writing, Fingleton was a witty, good-humoured and perceptive commentator for the BBC and at various times a contributor to The Times, The Sunday Times, The Observer, and various newspapers in Australia, South Africa and elsewhere. In 1976, he was appointed OBE for services “to journalism and to cricket”.

Like all good opening batsmen, Jack Fingleton did not have much back-lift. He kept the bat close to his left foot and was rarely surprised by the quicker long half-volley or yorker. He had what could be described as a “good fault” in that he tended to overdo his positioning and get too far in front of the ball instead of keeping bat and left leg side by side. This meant he had to bring the bat round the left leg to play the ball. In recent years Colin Cowdrey did the same thing, sometimes to such an extent that he occasionally had his leg stump knocked down behind his legs. It is the reason why Geoffrey Boycott takes so many knocks on the knuckles when the ball lands on the seam and lifts more than expected.

When the pitch is a good one, though, this overdoing of position can bring many benefits. There are runs to be had for pushes to the on-side. And, more effectively than Boycott, Fingleton would steer the ball with accuracy through the gaps on the off-side. On true surfaces, like those found in Australia and South Africa in the 1930s, he was a dangerous opponent, full of guts; against the leg-theory bowling of Larwood during the famous Bodyline tour of 1932/33 he never retreated. He was a reliable fieldsman in any position, especially at short leg, and possessed a strong arm. He was also a good team man. That he thought deeply about the game was evinced by his distinguished writings on cricket and cricketers.