Four of Wisden’s Five Cricketers of the Year in 1994 were members of Australia’s triumphant Ashes side from the previous summer. One of them was Ian Healy, their voluble but brilliant wicketkeeper.

Even though he is a wicketkeeper, Ian Healy is best described as a gloves-off cricketer. A proud and uncompromising professional, he plays for keeps. So forceful is his personality on point-duty that he elicits strong and mixed emotions from opponents, spectators and journalists alike. Indeed, at the start of the 1993 Ashes campaign, he was regarded as much for the strength of his resolve, his unremitting competitiveness and an extraordinarily high threshold of physical pain as he was for his talent as a player.

However, by the end of Australia’s triumphant tour he had emerged as a wicketkeeper-batsman of outstanding ability, having established a particularly memorable collaboration with the leg-spinner Shane Warne. Poised and precise, he completed 26 dismissals (21 catches and five stumpings), a record in a Test series in England, and so upheld the wicketkeeping traditions of his native Queensland which numbers Don Tallon and Wally Grout among its finest sporting sons.

His batting at No.7 was neither as technically correct nor as aesthetically pleasing but its effectiveness was undeniable and his 296 runs were gathered at 59.20 – an average beyond the reach of any of his opponents. His total included, at Old Trafford, his maiden first-class century.

No longer could it be said that Healy’s words spoke louder than his actions. During a series which lifted to 53 his number of consecutive Test appearances, he elevated his performance level to the degree predicted by Greg Chappell five years before. Healy derived enormous satisfaction from his success, content that he had silenced those critics who primarily viewed him as a prickly combatant given to excessive and provocative appealing – best-known for his confrontation with Desmond Haynes in Barbados in 1990/91 and the dubious stumping of Brian Lara in Brisbane in 1992/93.

In commensurate numbers to Healy’s critics are his admirers – some in high places. Indeed, he has enjoyed support among the influential since Chappell, in his last season as a selector in 1987/88, vigorously championed his cause. At the time Healy was understudy to his friend and practice partner Peter Anderson and unsure whether to give up keeping and turn his attention to batting. 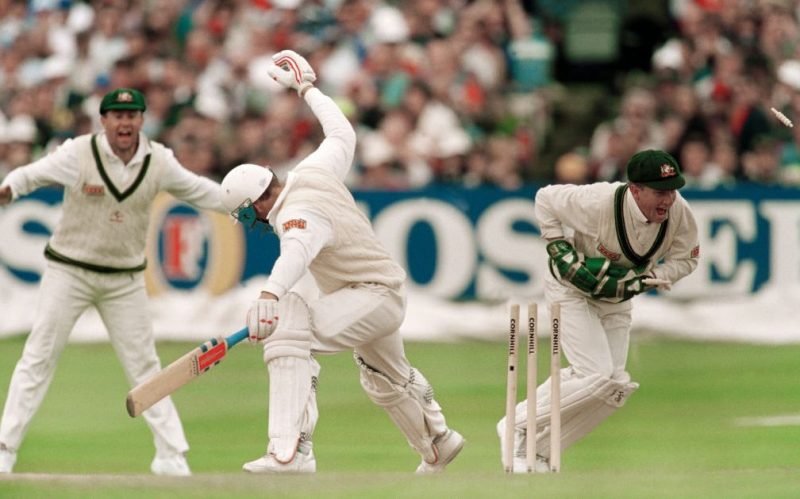 Having played his entire career alongside Rod Marsh, Chappell was acutely aware of the advantages offered by a permanent, dependable wicketkeeper-batsman. In their search for the ideal successor to Marsh the selectors had called on Wayne Phillips, considered Ray Phillips, looked momentarily at Roger Woolley and briefly revived Steve Rixon’s career before turning to Tim Zoehrer and then Greg Dyer. Healy’s selection for the rancorous 1988/89 tour to Pakistan after just six first-class matches generally was considered to be the most surprising since the choices of wrist-spinner John Watkins in 1972/73 and off-spinner Peter Taylor in 1986/87.

Healy’s more ardent backers believed him to be a candidate to succeed the indefatigable Allan Border as Australian captain (Barry Jarman, at the Headingley Test in 1968, is the only specialist wicketkeeper to have led Australia this century.) The fact that he skippered Australian XIs against the West Indians in 1991/92 and 1992/93 and in 1993 was entrusted with the captaincy of an official Australian team at the Hong Kong six-a-side tournament provided evidence that vice-captain Mark Taylor’s elevation would not go unchallenged. And because Border has long sought respite from the incessant demands of leadership, Healy was captain of Queensland in 1992/93.

Born in Brisbane on April 30, 1964, Ian Andrew Healy moved to proud sporting country when his father, a bank manager, was transferred 600 kilometres north to the town of Biloela. It was 1972, the year Rod Marsh traded his iron gloves for silk gloves in England and along the way inspired Healy to start a career as a wicketkeeper.

Young Healy was stimulated by the town’s passion for all sports. He rode his bicycle everywhere to practise and compete at cricket, basketball, soccer, squash and rugby league. He became a cricket captain at the age of 11 and at a clinic conducted by the touring Sheffield Shield team met the Queensland wicketkeeper John MacLean and was allowed to examine his gloves. It is a memory he cherishes. 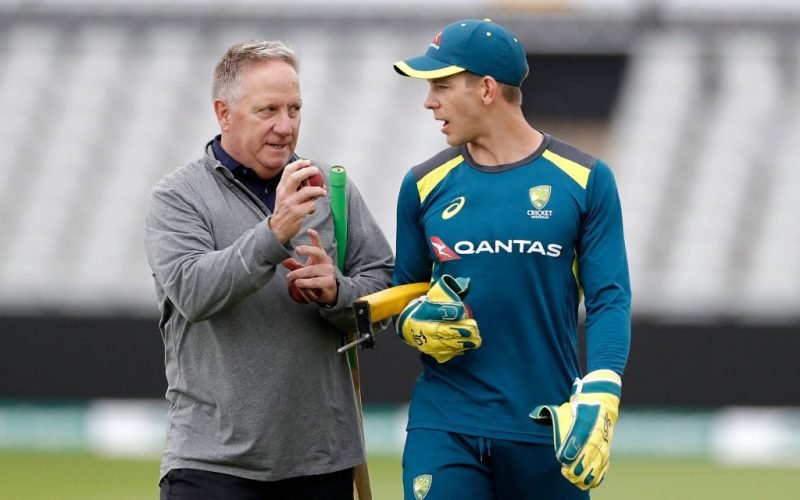 He played alongside adults throughout his adolescence, which probably contributed to his hard-headed and belligerent approach to all sport. When he returned with his family to the city, he was a self-contained, self-reliant 17-year-old who considered mental and physical toughness and raw competitiveness the most admirable qualities in a sportsperson. He still does.

Among his peers, Healy is renowned for the fierceness of his loyalty and the thoroughness of his preparation. Interested in sports science and psychology since his days studying for a physical education diploma, he maintains comprehensive diaries analysing his own performance and those of his opponents. He is convinced that committing thoughts and impressions to paper makes him a calmer and more able professional.

Healy had a hand in the design of the new Australian team blazer paraded before an unsuspecting public at the start of the 1993/94 season. Once employed as a salesman in his in-laws’ Brisbane fashion agency, Healy welcomed the arrival of what he described as an honour blazer. That says it all, really.