Malcolm Marshall was only just beginning to establish himself in the West Indies team when he enjoyed a bountiful summer for Hampshire in 1982. He was a Wisden Cricketer of the Year in 1983.

Cricketers seldom agree on the relative merits of fast bowlers. Debates about the fastest, bounciest or most difficult to play will invariably rage unresolved through a tour or a season. But not in 1982. Then, almost without exception, the batsmen on the county circuit nominated Malcolm Denzil Marshall, born in St Michael, Barbados, on April 18, 1958, as the quickest they encountered.

This accolade was remarkable enough for its unanimity, but there was more. Fast bowlers as a race are often treated with suspicion, if not outright resentment, by the men they attack day by day. But Marshall somehow earned an element of admiration, for his ability, his work-rate – if one can apply such a cliched soccer word to him – and his cheerful Barbadian humour.

He has shown much resourcefulness since the May day in 1979 on which he made his Hampshire debut, and his sense of humour has been needed. Not long off the plane from the sand, surf and sun of his homeland, Marshall found himself running in to bowl against Glamorgan while the English climate played one of its more eccentric tricks – snow fell on the Southampton ground.

Undeterred, though maybe mystified, he took nine wickets in the match, figures which he never quite lived up to during the rest of that summer. He finished with 47 wickets and less than 200 runs, missed virtually all the following season owing to the West Indians’ tour, and then, in 1981, made his first significant impact on county cricket, taking 68 wickets despite missing one-third of Hampshire’s matches.

The improvement accelerated dramatically in 1982. Suddenly, this man with the wispy beard, searching eyes and infectious grin was no longer just one in the pack of West Indian bowlers in the English game; he was looking like the best. He had learnt how to bowl in English conditions and he could do it for as long as he was allowed. His total of 134 wickets was 44 more than his closest challenger, Nick Cook, who also happened to be the only other leading bowler to get through more than 800 overs in the season. Marshall’s total output of 822 was startling for a strike bowler; the traditional county workhorses were well behind.

This, according to those close to him, is Marshall’s greatest asset, and his willingness to bowl is matched by a stamina seldom seen in the game. It was one of captain Nick Pocock’s most teasing problems – just how many overs to give Marshall in the hope that he might make another break. Trevor Jesty, who led Hampshire while Pocock was absent injured, confirms: “I set out to give him spells of five or six overs, but he always wants to go on bowling, and sometimes it can be very difficult to get the ball off him.”

Marshall had a great deal to live up to when he arrived with Hampshire. For the previous five years, Roberts had been taking the new ball, and with his loss of enthusiasm and subsequent departure, the county’s followers quite naturally feared the worst. Who could possibly fill such boots? 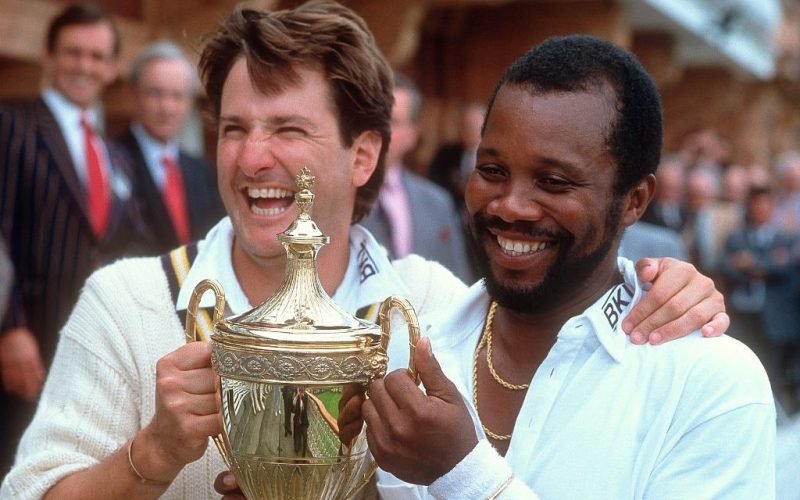 But Marshall came well qualified. He had just passed his 21st birthday and already he had represented West Indies, in India and Sri Lanka. What is more, he had an inbuilt affection for this new employers. As a boy in Barbados, playing cricket on the beaches and dreaming of one day bowling fast in England, his adopted counties had been Middlesex and Hampshire.

Incentive was another motivator. West Indies’ quartet of pace bowlers was well established and Marshall was just one of a cluster trying hard to break in. He had time on his side, maybe, but there was a degree of impatience in him. He wanted to play Test cricket and he saw the county game as a showcase. It is said he put on a yard of pace to impress Clive Lloyd whenever the West Indies captain happened to be at the receiving end. His persistence paid off, at least to the extent that he became the regular fifth seamer in the squad. 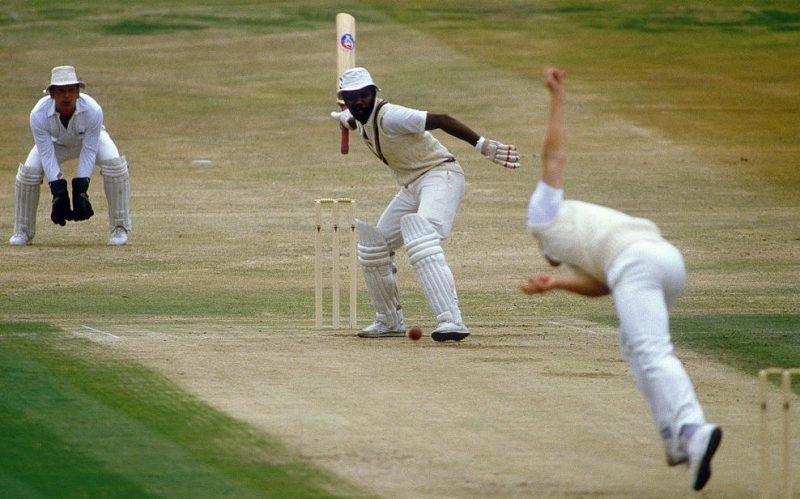 Marshall has many of the traits of the typical West Indian. His walk is jaunty, his speech liltingly rushed, his ego large. He wears his name on a gold pendant hung round his neck, dresses sharply and remains, at 24, an eligible bachelor, delighting in soul music, reggae and a good party. But if the popular conception of the Barbadian remains dominated by manana, then Marshall is a misfit. Tomorrow, for him, will never be good enough. He wants to be the best today and is prepared to work to achieve his aims.

He is a great believer in training, particularly the specific muscle exercises for quick bowlers, and he completes his own routine of them religiously before play each day. He sees bowling as a business, but like most high-fliers in that branch of industry, remains convinced he is very nearly as good a batsman. He made runs, too, in 1982, and for all his devastation with the ball, one wonders if he derived more private pleasure from making a first-class century against Lancashire – yes, Clive Lloyd’s county again.

Malcolm Marshall went on to be one of the greatest fast bowlers of all time, taking 376 wickets at 20.94 in 81 Tests.