Larry Gomes was one of the unsung heroes of the great West Indies teams of the 1980s. His efforts on the 1984 tour of England earned him a Wisden Cricketer of the Year honour.

Just prior to the West Indians’ tour of England in the summer of 1984, Larry Gomes’s future as a Test cricketer appeared at an end. At the age of 30, he had been dropped from the West Indies’ team in the home series against Australia after 15 consecutive Test innings without a half-century. The young Antiguan, Richie Richardson, had taken his position in the order at No.3 and seemingly clinched it with two successive centuries against Australia. Other new challengers for batting places had also emerged in the Shell Shield tournament.

Such pressure was nothing new for the left-handed Gomes, who has been generally underrated by the public and frequently rejected by the selectors. But each time he has seemed down and out, he has had the strength of character to re-establish himself.

Far from depressing him, his omission on this occasion merely strengthened his resolve. “It was probably a blessing in disguise that I was dropped,” he said after scoring the second of his two Test centuries in the series in England last summer, which brought him firmly back to his familiar role as a steadying influence on the West Indies’ batting. “It made me concentrate on what I was doing wrong, on why I wasn’t getting big scores any longer. I decided to go into the nets and work on it before the tour.”

What Gomes was doing wrong was closing the face of the bat on point of impact when making a shot; in other words, playing across the line of flight. He decided to alter his grip, dropping his hands a little lower on the handle to have full control of the bat. Then he went into the nets, for hour after hour, subjecting himself to the monotony of a bowling machine set to one line which forced him to play straight.

The value of the exercise was soon evident in the early matches of the England tour, culminating in an undefeated 109 against Northamptonshire in the last match before the first Test. It was enough to regain Gomes his place at No.3, and his first four Test innings yielded scores of 143 at Edgbaston, 10 and 92 not out at Lord’s and 104 not out at Headingley. Only Greenidge surpassed his average in the series (81.71 to 80.00) and Gomes had, once more, emphasised his value to West Indies. What is more, he had shown the qualities that have kept him going through many times of crisis since he first came into representative cricket in the late 1960s. 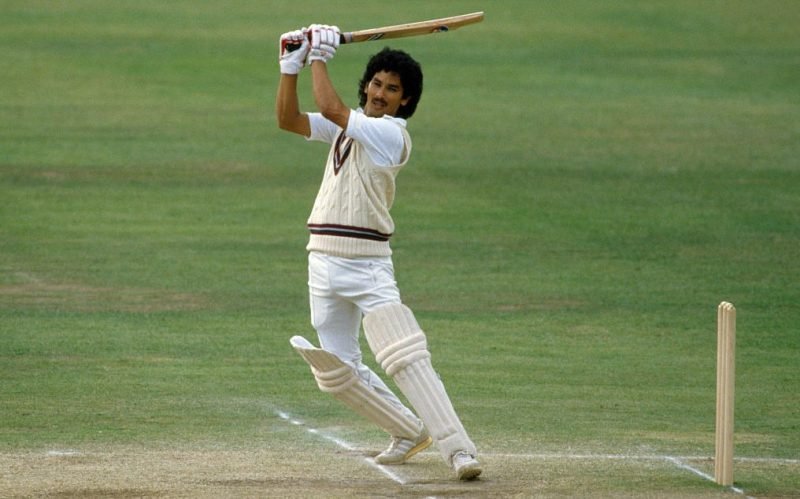 Born into a sporting family in the central Trinidad town of Arima on July 13, 1953, Hilary Angelo Gomes and his five brothers were encouraged in their love of all ball games by their father, himself a cricketer of some ability at club level. Larry was good enough as a neat left-handed batsman to win a place in the Trinidad & Tobago youth team at the age of 16, scoring 154 against the touring Australian schools team in Port-of-Spain in 1970. By the time he was 18, he was making his first-class debut against the touring New Zealanders.

Yet, in those early days, his talent tended to be overshadowed by that of his older brother, Sheldon, a brilliant soccer forward, a dashing right-handed batsman, and one of the finest fielders in the West Indies. ShCeldon was good enough to score five first-class centuries, including one of 213 against Jamaica in the 1976/77 Shell Shield, but he lacked consistency and faded from the scene.

Larry was the opposite. He had none of Sheldon’s flair – and knew it. Never trying to compete with his brother, he accepted his own limitations and played within them. What is more, he was always willing to listen to advice and there were several outstanding former players to help him along the way. Notable among these was Jeffrey Stollmeyer, former West Indies’ captain and then President of the West Indies Cricket Board of Control. “I have always been flattered that someone with his commitments should have written me so many letters of encouragement and helped me with my contracts,” Gomes says.

Nor has Gomes been bothered by the fact that he does not fit the popular image of West Indian batsmanship, founded on the dashing strokeplay and power of the likes of George Headley, the three Ws, Kanhai, Sobers and the modern greats, with whom he has played so frequently, Richards, Greenidge and Lloyd. Gomes is a West Indian rarity, a batsman who almost never hooks and one who had never hit a six in the 60 Test innings he had played by the end of the summer of 1984. Perhaps it is his unobtrusive method which has caused him to be underestimated. Throughout his career, selectors of one kind or another have treated him erratically. 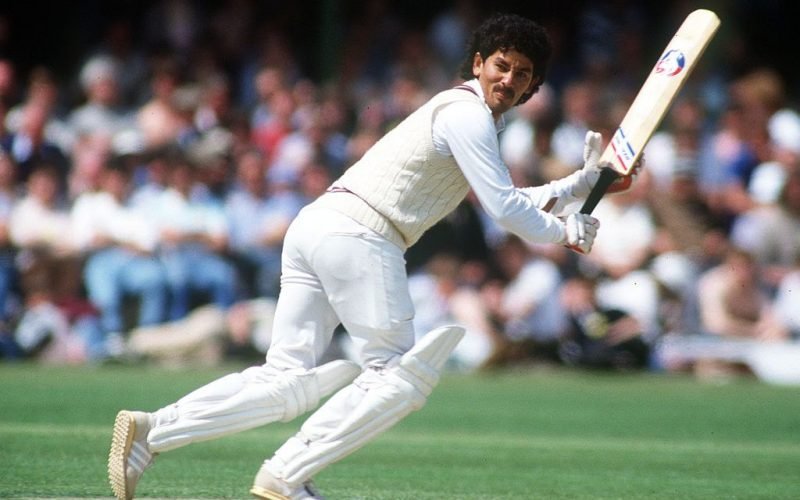 Performances with the West Indies’ youth team in England in 1970 attracted interest and earned him a contract with Middlesex in 1972. Gomes spent four seasons with them, making a useful, rather than memorable, contribution. Then, during the 1976 West Indians’ tour of England, on which he made his Test debut and enjoyed an outstanding summer, he was discarded by Middlesex, to make way for a fast bowler, Wayne Daniel, as their overseas signing.

After that initial series, in which he played two Tests, Gomes had to wait until the controversy caused by the formation of World Series Cricket before regaining his place. West Indies’ team was decimated. Several new players had to be brought in and Gomes was one of the few experienced batsmen available. He responded with two excellent centuries in his three Tests against Australia in the Caribbean in 1977/78 and followed those, at the end of 1978, with a succession of valuable inning in India, where he averaged over 40 in the Tests.

Players wore black arm bands in club matches in protest, and there were calls for the team to withdraw from the Shield altogether

It was to prove a frustrating interlude, for when World Series Cricket disbanded, freeing the leading West Indian players for Test duty once more, Gomes was relegated to the reserves and even omitted entirely from the 1980 team to England, although he was consistently one of the leading Shell Shield batsmen in a weak Trinidad & Tobago team.

This was more than the Trinidadian public could take. Players wore black arm bands in club matches in protest, and there were calls for the team to withdraw from the Shield altogether. By an ironic twist of fate, Gomes was actually summoned to replace an unfit Lawrence Rowe near the end of the England tour, but he declined. It was a decision which he later regretted in an apology to the West Indies Board. Now, however, a vacancy appeared in the middle order. Injury kept Kallicharran out of successive series against Pakistan in Pakistan and England in the Caribbean, and Gomes was called to fill the breach. Retaining his position for 21 consecutive Tests, he enjoyed an outstanding series in Australia in 1981/82 when he gathered centuries at Sydney and Adelaide in two of the three Tests.

A year elapsed between the end of that tour and the start of the West Indians next engagement, at home against India in 1982/83. In the interim, the flaw in Gomes’s technique, which eventually, if temporarily, cost him his place, crept into his batting. He did have a gratifying century before his home crowd at the Queen’s Park Oval against India, after the dramatic dismissal of Greenidge, Haynes and Richards with only one run scored, but he then went for 15 Test innings in which his highest score was 38.

But this time, and at long last, the selectors kept faith with him. While they dropped him midway through the home series against Australia they retained him for the tour of England where his resilience and dedication were rewarded with a complete return to form.

By then, his long-term future had been settled by the guarantee of a contract as coach with the Trinidad & Tobago government and a benefit year which raised almost £50,000, a measure of Gomes’s popularity with the sporting public. For several weeks prior to that, Gomes and his family had agonised over the enticement of a place in the unsanctioned and widely questioned West Indian rebel team to South Africa, but he turned it down after advice from many close to him.

One who figured prominently in these discussions was Hugh Henderson, a business executive who had helped guide Gomes’s career like a godfather since his early days. Henderson listed 15 goals for the promising young cricketer when he was only 16, and some still lay ahead when the South African offer, which did not figure among them, was made. One of the goals which had proved elusive, but has now come his way, was, he says, to be chosen as one of Wisden’s Five Cricketers of the Year.