Jimmy Cook was one of South Africa’s leading players of the Eighties who missed out on international cricket because of the country’s sporting exile. Given a chance in England, he gorged on county attacks. He was named a Wisden Cricketer of the Year in 1990.

The batting exploits of Jimmy Cook in his first season of county cricket were truly astonishing. The Somerset opener was the first in the land to 1,000 first-class runs (June 21) and then 2,000 (August 5), compiled the highest aggregate in a debut Sunday League season (556 runs), and became the first player since 1911 to carry his bat through both completed innings and hit hundreds in each when he scored 120 not out and 131 not out in totals of 186 and 218 against Nottinghamshire at Trent Bridge.

In all matches for Somerset, he scored 3,143 runs including eleven hundreds, four of them in consecutive Championship innings. There were centuries, first-class and one-day, on July 10, 16, 19, 21, 22, and 28, and in one period he batted for 14 hours 45 minutes between dismissals. In one sustained period of ten days’ cricket, he spent just under seven days on the field.

Turning 36 in mid-season, Cook played in every Somerset match, an outstanding example of fitness, dedication and concentration. His pleasant manner greatly impressed colleagues, opponents and spectators alike, and the impression he gave of thoroughly enjoying all his cricket, together with an old-fashioned chivalry as he acknowledged good cricket from opposing players as well as team-mates, was most endearing.

Furthermore, he was a modest man. If discussing his season, his conversation would be punctuated with such phrases as “I was lucky” and “That was very fortunate”. Asked why he had not played county cricket before, he replied simply, “Nobody asked me.” Somerset did so when they ran into problems with their overseas players and thus gave Cook, who had an impeccable record in South Africa, the opportunity to take up a challenge he had been seeking for some time.

Stephen James Cook was born in Johannesburg on July 31, 1953. His father, a keen local player, was his most important coach and guide, although one of his abiding memories was accompanying the Transvaal Under-15 side to Rhodesia, with Test umpire Dickie Bird in charge. At 19, he was making his first-class debut for Transvaal, scoring 54 against Natal at Johannesburg, and since then he had scored more than 8,000 runs at an average of 43 in the Currie Cup. 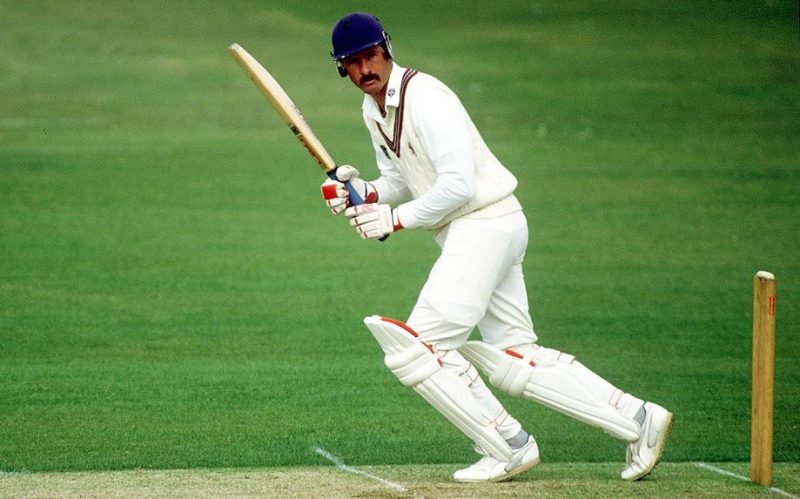 There is an air of unruffled composure about him when batting: his technique is simple and positive and owes nothing to any modern fads. A tall, slim, rather soldierly figure, always neatly turned out, he has a shortish but straight backlift and precise footwork, sees the ball early and plays it late. His strong wrists give the impetus to his well-controlled strokeplay.

Of the 1989 season, Cook admitted that it had been everything he thought it would be. “I came with very high expectations of how hard and enjoyable it would be, and I certainly haven’t been disappointed. I was pleasantly surprised at how quickly he came to enjoy the various English pitches. At home, my wicket is hard and very grassy and the ball goes sideways horribly, but here I found them lower and slower, rather like the one at Port Elizabeth.” 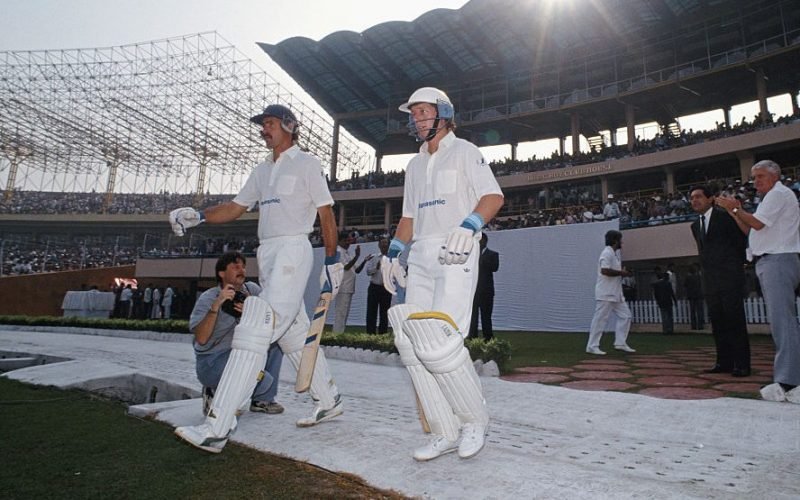 Jimmy Cook (left) and Andrew Hudson walk out to bat in South Africa’s first ever ODI game, against India at the Eden Gardens in 1991

Having been lbw a few times, he ironed out a tendency to play across the line on middle and leg, consciously trying to play straighter and keep the ball out of his pads. He also, with the willing help of the Somerset coaches, Jackie Birkenshaw and Peter Robinson, both former county slow bowlers, corrected his relative inexperience against spin bowling. “I enjoyed the spinners,” he said. “That’s one part of my game that has improved enormously.”

Recollecting his historic performance at Trent Bridge, where, in blazing heat he spent all three days on the field, reminded him that he was so nearly run out in the first over of the match. The thought of his escape brought a wry grin. “Technically,” he said, “the first hundred was my best knock. I can’t recall missing a ball.” The second one was a bit lucky at times. He agreed, when pressed on the matter, that the pitch had quite different characteristics at each end, and typically added that all the difficult balls seemed to be bowled at the other end. When reminded that he made 999 runs in July at 83.25 an innings, but just over 200 in August at about 17, he remarked philosophically, “Just one of those things that happened.”

“We’ve done everything, and more, that you’ve ever asked us to do, but still nothing happens”

On English cricket, Jimmy Cook felt that constant, day-in, day-out cricket tends to take the keenest edge off performances. “For example, Foster and Pringle came down here straight from bowling a lot of overs in a Test to play us in the B & H semi-final. At home, we have good breaks between matches. He is in favour of four-day matches. “The better sides would win and there would be fewer contrived finishes.” He also thinks that the fixture list could be improved, with fewer long journeys, fewer long breaks and fewer long stretches of unbroken cricket.

Formerly a teacher of maths, geography and PE at a primary school, Cook now has a post at the Rand Afrikaans University in Johannesburg. A thoughtful, articulate chap, happy with his wife and two young, cricket-loving boys, who were with him most of the summer, he views the South African situation with sadness and frustration. On one occasion he said: “We’ve done everything, and more, that you’ve ever asked us to do, but still nothing happens. It’s not in our power to change the government.” The selection of two black lads in the Transvaal Schools team last year – strictly on merit, no window-dressing – gave him great encouragement, and he thinks black players will be challenging for places in senior sides soon.

On the evidence of the West Indian rebel visits, which brought an enormous upsurge of interest in cricket among black South Africans (traditionally soccer is their great game), he welcomed the 1990 English visit. “At least those players will see what unbelievable strides we’ve made in cricket.”

This is the sort of positive, courteous comment one came to expect from a man of great ability who brought a splendid freshness to the business of county cricket. Not only in Somerset will Jimmy Cook be welcomed back to the fold in future.

Jimmy Cook enjoyed two more prolific years with Somerset, passing 2,000 first-class runs again in 1990 and 1991. But in three Tests for South Africa after readmission, he made just 107 runs