Graham McKenzie carried the Australia pace attack when they had a dearth of top-class fast bowlers. He was a Wisden Cricketer of the Year in 1965.

The Australian selectors have had no sinecure in the choice of opening pace bowlers since the retirement of giants such as R.R. Lindwall, K.R. Miller, W.A. Johnston and A.K. Davidson. For the time being some of the fire and devilment have disappeared from the Australian attack and yet the various Test sides have held their own with England, South Africa, India and Pakistan.

That Australia have kept their colours flying has been due in no small way to the efforts of Graham Douglas McKenzie, who can claim to have captured 104 wickets in 23 Tests prior to his visit to the West Indies.

Because of his superb physique, his colleagues call him Garth. He is a magnificent specimen for he stands 6ft 1in, scales 14½ and carries no superfluous fat. He is a worthy member of the growing number of Physical Education Teachers who excel at sport at the highest level. After graduating from the Western Australian Teachers College, McKenzie now has a full-time appointment in the Western Australian Government Education Department. In the winter he excels as a half-back at hockey, at which sport Western Australia is the dominating state. A man of few words, he is a teetotaller and non-smoker.

Born at Cottesloe, a seaside suburb of Perth in Western Australia, on June 24, 1941, McKenzie can thank his family for the natural way he took to cricket.

He was then at Claremont High School. Later he went to John Curtin High School where he performed well with both bat and ball in the first XI. By the time he was 16 he was chosen as a batsman for the Claremont-Cottesloe first-grade team, but did not accomplish anything outstanding and by mid-season went back to second grade.

“McKenzie will never be a batsman, but as a fast bowler he will be a sensation”

The following season, 1958/59, he continued in the same grade and as his side were short of seamers he took up fast bowling for the first time and secured 50 wickets, average 14.50. Next year, McKenzie made a triumphant return to first grade, but again as a batsman. In his first match, he scored 90 out of 185 for seven against Fremantle. He finished the season with 515 runs, average 39.46 and as a seam bowler took 49 wickets, average 11.21.

This fine all-round work impressed the Western Australia selectors and as that summer of 1959/60 drew to a close they took him across to the Eastern States where, after being the twelfth man at Brisbane, he made his Sheffield Shield debut against Victoria at Melbourne. Although he opened the bowling, he failed to claim a victim in a total of 431. With the bat he made 22 and 41.

There remained only the last match, against South Australia at Perth and they were put out by D. Hoare and R. Strauss for 56. McKenzie received his chance when at the second attempt the opposition answered with a total of 368 and he took three for 69. 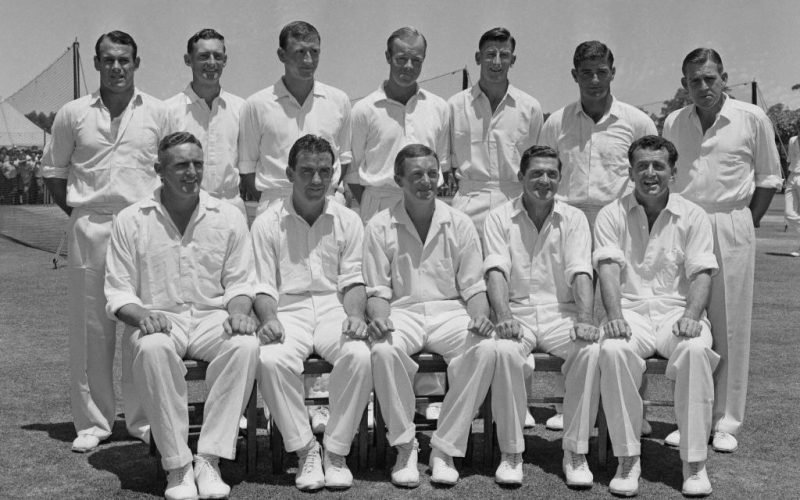 The Richie Benaud-led Australian side during the 1963 Ashes series

After the match, his captain, K. Meuleman, remarked, “McKenzie will never be a batsman, but as a fast bowler he will be a sensation”. Meuleman encouraged him to stick to fast bowling and one year later an even more illustrious captain, Frank Worrell, saw his possibilities.

When McKenzie faced the West Indies at the beginning of their tour it was only his third first-class match. He was not called to bowl in the first innings, but later dismissed four men for 41 and so impressed Worrell with his physique, enthusiasm and pace off the pitch that he predicted a big future for him. Western Australia beat West Indies by 94 runs and ever since McKenzie has been a regular member of the team.

So, at the age of 19, he became one of the cricketers selected to tour England in 1961 under Richie Benaud. At that time he had not appeared in a Test, but his chance soon came. Benaud, himself, had to stand down from the second match at Lord’s and the Australian selectors gave his place to a third pace bowler, McKenzie.

It was a wise decision. All through the match batsmen were worried by the fast men on a pitch that became known as The Ridge. On the first day, Davidson, five for 42, was England’s tormentor, but in due course McKenzie shone with both bat and ball. He celebrated the third day, his 20th birthday, by batting well at No.10 for 34. The last two wickets added 102 and Australia gained a lead of 134.

When England batted again, McKenzie soon snatched two valuable wickets, those of Dexter and May, and he went on to take the last three wickets in 12 balls which gave him a grand analysis of five for 37 off 29 overs. Not many men have distinguished themselves so well on their Test debut; Australia won by five wickets. 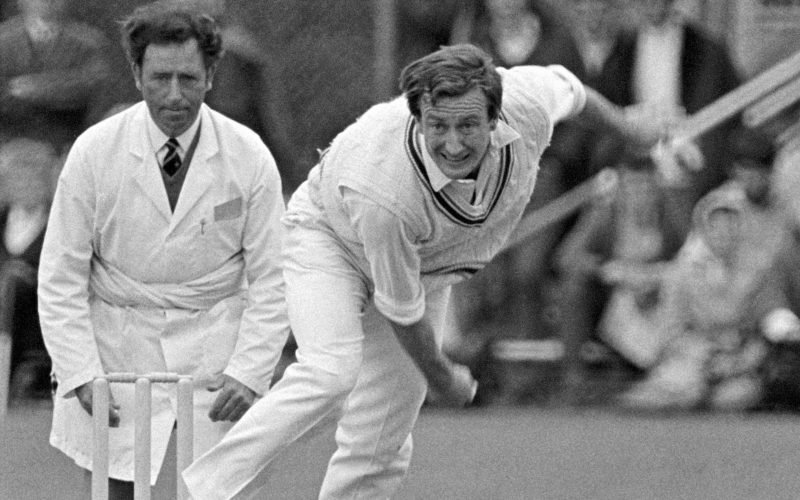 Australia also won the fourth Test of that series at Old Trafford and again McKenzie made a valuable contribution with the bat. This time England led by 177 and when nine Australian second innings wickets had tumbled for 334, defeat, as in the previous match at Headingley, seemed imminent. McKenzie, last man, then kept up his end for 32 while Davidson thrashed away, 98 being added for Australia’s highest last-wicket stand in England. So the way was opened for Benaud to spin Australia to victory by 54 runs.

McKenzie gained priceless experience on that tour and was one of eight bowlers to take at least 50 wickets. Then, erratic length and direction were his main faults, but now he has reduced the number of loose balls.

When Dexter took MCC to Australia in 1962/63, McKenzie shared the new ball with Davidson in all five Tests and, while he did not provide to the same extent the problems of pace and swerve as his senior, he took 20 wickets for 30.95 runs apiece. Moreover, he had the strength to keep going for long spells and even when his colleagues were tired he could summon fresh energy when Benaud called on him for a final spell at the end of a scorching day.

The new front foot rule affected his form during the visit of South Africa in 1963/64. No longer had he the inspiring help of Davidson, but he emerged as Australia’s leading bowler with 16 wickets at a cost of 43.06 runs each. At Sydney he hit 76 in the third Test, but returning to that ground for the fifth, he was dismissed for a pair. That is cricket. 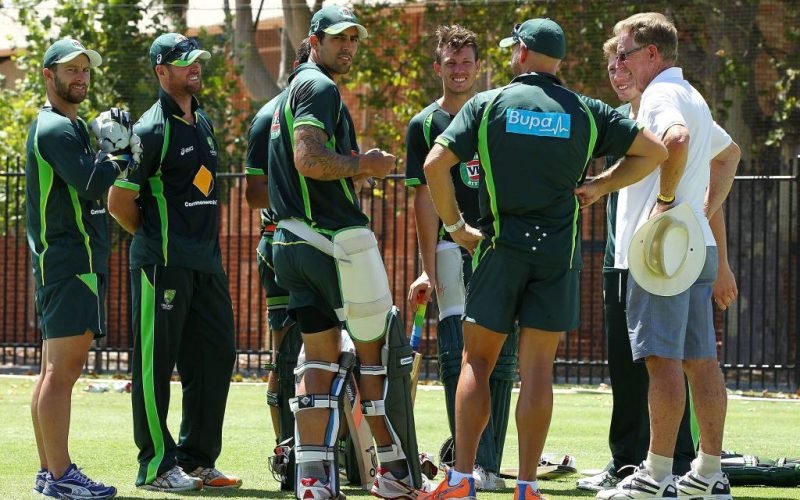 Graham McKenzie (right) during an interaction with the Australian quicks at the WACA, Perth in January 2014

So McKenzie made his second tour of England last summer. His performances are clearly set out in the section devoted to the Australians. He was the mainspring of the attack and his 29 wickets in the five Tests equalled the previous highest obtained for Australia in this country, namely by Clarrie Grimmett in 1930.

He went on to establish a new record for a bowler with most Test wickets in the space of one year – December 11, 1963 to December 8, 1964. During this period he took part in 15 Tests which yielded him a crop of 73 wickets: 16 against South Africa, 29 against England, 21 in India and Pakistan and 7 when Pakistan played one Test in Melbourne on their way to New Zealand. This stupendous effort surpassed that of Maurice Tate who in 1924/25 took 65 wickets in one year, 27 in England against South Africa and 38 in Australia.

One must also add that McKenzie, at the age of 23 and 162 days, is the youngest bowler to take 100 wickets in Test cricket, beating A.L. Valentine by 139 days, but Valentine performed his feat in 19 Tests. The lowest number of Tests for 100 wickets is 16 by G.A. Lohmann before the turn of the century.

Another distinction belonging to McKenzie is that he is the youngest bowler to take 50 wickets in an Anglo-Australian series. G.A. Lohmann, C.T.B. Turner and Tom Richardson each did so at 25. McKenzie is also the first Western Australian-born player to appear in the Five Cricketers of The Year. The other two to tour the United Kingdom were E.H. Bromley and J. Rutherford.