After years of failure in global tournaments, England’s men finally broke through at the 2010 World T20 in the Caribbean. Nasser Hussain explained their success in the 2010 Wisden Cricketers’ Almanack.

For winning England’s first global trophy, the credit must go firstly to Andrew Strauss and Andy Flower for setting the wheels in motion. England would not have won the third ICC World Twenty20 if they hadn’t started to improve their limited-overs cricket before then. You do not go into a tournament well down the list and win it from nowhere except, perhaps, if you are Pakistan.

The first time I noticed a turnaround in England’s limited-overs cricket was after their 6-1 drubbing by Australia in the one-day series of September 2009. When England went to the Champions Trophy in South Africa straight afterwards, there was a definite change of plan in the batting. The attitude became “If you’re going down, then play some shots in the process”: a no-fear approach that gave batsmen licence to swing from the hip from the first ball.

It was one thing of course for the management to say this; another for the players to put it into practice. I reckon Paul Collingwood led the way in that Champions Trophy, along with Eoin Morgan. When they knocked out South Africa at Centurion, England hit 12 sixes, their most ever in a limited-overs match. On that occasion Collingwood and Morgan were supported by Owais Shah, but he soon paid the price for his fielding.

So here was an approach to England’s batting that had never been seen before. Even in the days when England had been successful, like Graham Gooch’s side in the 1992 World Cup, they had not played this brand of cricket. By the 2007 World Cup in the West Indies, England were still batting in their old-fashioned way – starting slowly and keeping wickets in hand.

Clearly England also needed to change their personnel to make this approach work. In the past, the Test players had been given every chance to come good in the shorter format: as recently as England’s tour of South Africa in 2009/10, the T20 opening batsman (and stand-in captain) was Alastair Cook. But when England went to Abu Dhabi in February 2010 to play the Lions and Pakistan, Flower saw something in the Lions’ openers Michael Lumb and Craig Kieswetter. England’s selectors quickly brought them in, not minding about any backlash over their South African origins. So credit to the selectors as well for making the policy change.

Another good piece of selection came when three spinners were chosen in the squad. England must have had good feedback about the West Indian pitches, and they themselves had toured there a year before. In one-day cricket of any kind England had never really played two spinners before, except occasionally in Asia. Graeme Swann and Mike Yardy made a fine combination: Swann’s guile and drift on the strong tropical breeze blowing across most grounds, and Yardy sneaking up on the batsman, darting in and angling it without much subtle variation. 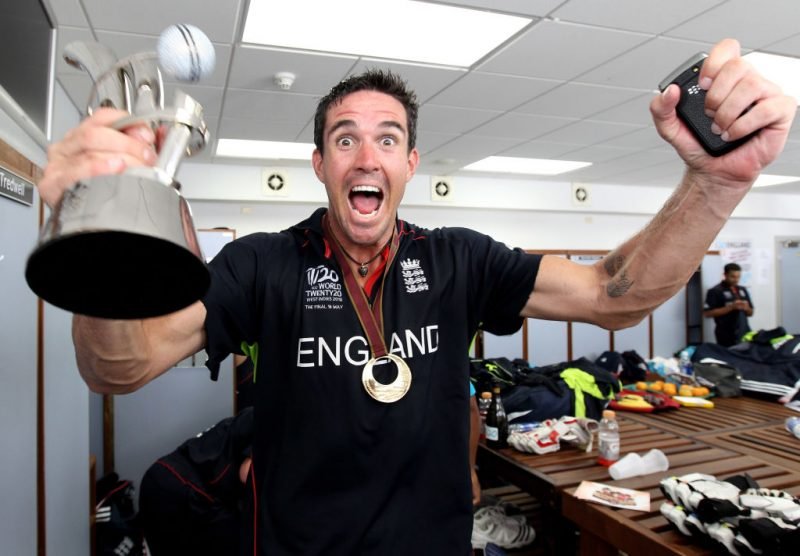 Some fortune was involved too, as it always is in winning a world trophy. The “IPL balance” was just right, enabling England to peak for once at a global tournament. Traditionally, we have played 50-over World Cups straight after the Ashes at our lowest ebb – straight after being blown away by Australia, when everything has been in turmoil and the last thing you need is a World Cup.

This time the schedule worked in England’s favour. All their batsmen except Kieswetter played in some part of the IPL, while the bowlers were resting in England, and Duncan Fletcher always said it was better to be under- than over-cooked. Collingwood also had the chance to pick up on Twenty20 skills when he was at IPL3, and he saw that the most successful bowlers were fast left-armers like Doug Bollinger, Ashish Nehra and Dirk Nannes. For him, the selection of Ryan Sidebottom was non-negotiable.

Several other countries had many more players in IPL3, and they arrived looking tired and overweight. In the IPL, it seems to me, you play and travel, and don’t spend time in the gym. To India, the IPL was the Lord Mayor’s Show – and the World Twenty20 was just another event. To England, it was the main event, and their mentality was spot-on. They had energy, and they and Australia were the two fittest sides.

From Kevin Pietersen to James Anderson, the only thing the batsman had to do was hit the ball for six

The one point that concerned me was the one-paced nature of England’s seam attack. I remember them winning a 50-over tournament in Sharjah under Adam Hollioake with lots of military-medium, then going to the West Indies and getting whacked everywhere. Now, before the first game in Guyana, I saw England’s bowlers having a long meeting beside the pool one afternoon with new bowling coach David Saker; Flower joined them halfway through.

After that, I sensed England were going to use the short ball a lot. The default setting in the past had been for England to bowl yorkers to contain batsmen, but the IPL had shown they no longer worked against big heavy bats. When England toured India in late 2008, Andrew Flintoff had bowled his yorker at Yuvraj Singh and disappeared out of the ground. There is so much weight at the bottom of the modern bat that a yorker that is not absolutely spot-on will get whacked.

Where England’s pace bowlers were so good was in mixing their deliveries up intelligently. They almost never bowled two deliveries the same – cutters, yorkers, bouncers and the slower-ball bouncer that is so difficult to hit – and always kept the batsman guessing. No country scored 150 against them; no batsman reached 60. The backroom staff deserve credit as well for coming up with the right plans for certain batsmen – lots of short balls for David Hussey in the final for example – but it was the bowlers who had the gut feeling of what to bowl when.

It’s been nearly 10 years since England lifted their first global ICC trophy in men’s cricket. @Taha_Wisden revisits the story of England’s successful 2010 World T20 campaign, through contributions from members of the winning XI.https://t.co/32hjYr1mTl

England got through the qualifying round in Guyana thanks to their net run-rate, and to Morgan. Historically, England had always been poor on very slow pitches against the likes of Daniel Vettori and Harbhajan Singh. We either had nudgers and nurdlers, like me, who couldn’t get off strike and built up pressure on the non-striker, or the likes of Flintoff, who would try to hit the ball out of the ground – and get caught. Morgan added so much by being able to play three different roles. He could work the ball around, or hit sixes to any part of the ground, or do the unorthodox reverse-sweeps and switch-hits. When England arrived in St Lucia for the Super Eights and played New Zealand, their TV commentator Simon Doull said England were now better than New Zealand at working the ball around in the middle overs: a change from the old days, thanks mainly to Morgan.

Another instance of how roles had been reversed came when England played South Africa. In the 2007 World Cup match between them, on the same ground in Barbados, England had been 28 for one after ten overs and South Africa 85 for one. This time England were 65 for one after six overs – and they attacked Dale Steyn and Morne Morkel so much that their eight overs cost 90. Then South Africa were 34 for one after six, as Graeme Smith and Jacques Kallis prodded and pushed the asking-rate up to ten an over. It was the way England beat South Africa that made me think they could go all the way.

Everything flowed from their good starts, whether England bowled or batted. In every game unaffected by the weather they were ahead at the six-over stage, and they kept going from there. They were never playing catch-up, because their top-order batting was so powerful and their bowling up-front – led by Sidebottom and Tim Bresnan – was phenomenal in getting top players out early. England’s confidence was never knocked because they were always ahead of the game.

The final ingredient was the range-hitting which England practised before every game. From Kevin Pietersen to James Anderson, the only thing the batsman had to do was hit the ball for six as Richard Halsall, the fielding coach, fed them a mix of cutters, bouncers and slower balls. It was a great way to train the brain. I remember a session in St Lucia when Pietersen came first by a country mile: he pretty much hit every ball for six, followed by Morgan who nailed about 70%. Bresnan and Luke Wright were pretty good too, while Kieswetter hit the ball highest.

The ones who hit the ball best in practice were the ones who hit the most sixes next day. The local security guards loved it, doing the fielding and collecting the balls. When David Lloyd was England’s coach, we would be worried about injuring spectators, and if Bumble lost a lot of balls the ECB would be on his case…

It was a massive advantage for England to play the final in Barbados. It is Little England, and they always enjoy playing there with so many supporters flying in. Even though England were playing Australia, they still had no fear: they had beaten them in two of the last three Ashes series. And if Nannes and Shaun Tait bowled a few tight overs, they knew they were going to whack Shane Watson when he came on.

One other feature was the strength of England’s squad. India had neither Virender Sehwag nor Sachin Tendulkar, and there was a big drop in standard between them and their replacements. England’s one-day team used to struggle if Flintoff or Marcus Trescothick was unavailable, but you have got a pretty good pool if you can leave out Anderson or Ravi Bopara. And as England have now assembled a fine squad in all three formats, the future is bright.