Dilip Vengsarkar led India’s batting with distinction during their historic series triumph in England in 1986. He was named a Wisden Cricketer of the Year the following spring.

The view has always been held overseas that the true test of batsmanship is making runs in England, where conditions can alter with the passing overhead of a cloud and where pitches can vary so much in character. Even in contemporary times of covered pitches, the touring batsman still takes added glory from success in England.

One who has triumphed on every tour of England is Dilip Balvant Vengsarkar, born in Bombay on April 6, 1956, who holds the unique record of scoring a century on every one of his three Test appearances at Lord’s. And this tall, elegant batsman reached his zenith in the summer of 1986 when his two hundreds, one at Lord’s and another at Headingley, on one of the poorest Test pitches seen in England for some years, went so far towards India’s achieving their 2-0 win in the three-match series. He finished it with an average of 90, by some margin the highest of any Indian batsman in England.

Any suspicions that these hundreds were scored against a weak England team can be discounted. In each instance, Vengsarkar, having come in at the fall of the second wicket, was still short of his century when joined by the No.11 batsman. They were innings of the highest quality.

India’s selectors have seldom been regarded as over-adventurous, but they could scarcely resist picking Vengsarkar in his first season of first-class cricket after seeing him make 110 in less than even time on a turning pitch against Prasanna, Bedi and Minna, a leg-spinner who was then regarded as a Test prospect. This classic innings was played in the annual fixture between the Ranji Trophy champions and the Rest of India, and when Vengsarkar went in, Bombay, the champions, were 100 for three and needing to score 211 to obtain a lead on first innings. 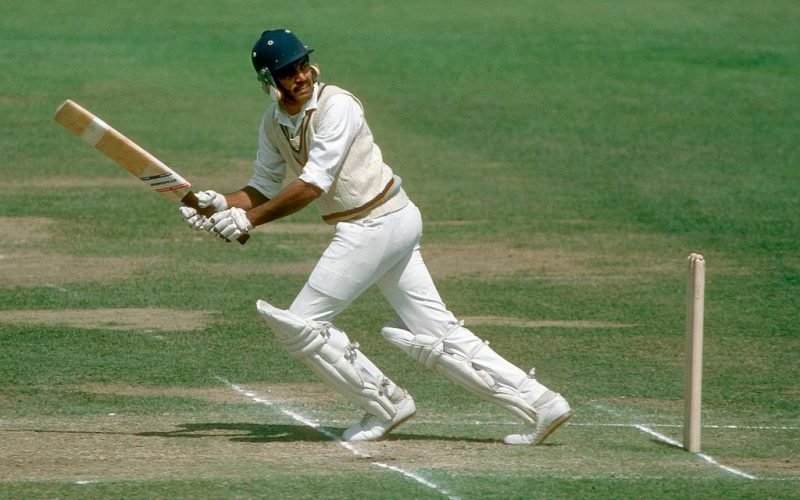 At that time, in 1975, the middle order of the Indian batting was fairly settled and the only vacant place was as Sunil Gavaskar’s opening partner. Playing very straight as he did, Vengsarkar seemed to fit the role, but blooded against Sri Lanka, he was not an immediate success. He was out for 0 and 17 and was dropped for the remaining representative games. However, he held the selectors’ attention by making a dour century against the touring team for the Indian Universities, and before he was quite 20, he earned himself a place in the tour party to New Zealand and the West Indies in the spring of 1976.

Vengsarkar does not hail from a cricketing family, but his interest in the game was kindled when he was little more than a toddler as his home overlooked a large patch of green which is one of the main nurseries of Bombay cricket. Part of it was the home ground of Dadar Union, a club of high repute and tradition. Young Vengsarkar watched from his bedroom window, and when he was a little older he joined other boys in the neighbourhood in impromptu midweek games.

All his overseas Test hundreds have been scored in England, where his reach and his technique of playing the ball late stand him in such good stead

Nor was it just that he lived and grew up in the right environment. He was sent to the right school, King George, which produced many cricketers who played for Bombay and not a few who went on to play for India, including such greats of Indian cricket as Manjrekar and Gupte. By eleven, he was in King George’s junior team as well as in the first XI, playing in the highly competitive Harris Shield competition (named after Lord Harris).

A year later, Vengsarkar was captain of both teams, and in the light of such early development it was surprising that he did not make a hundred in schools cricket before he was 13. Once he broke the barrier, however, several followed. One that opened new horizons was his 166 for Bombay Schools against Delhi Schools in 1970, for it led to his being picked for the West Zone Schools. 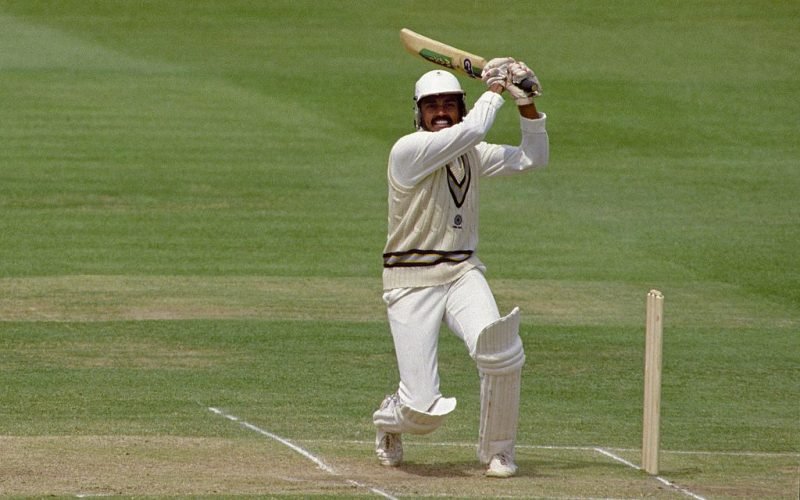 No sooner was he out of school than Vengsarkar was recruited by Dadar Union. Playing for the club alongside Gavaskar provided a close study in the building of a major innings, and this experience was quickly applied to his cricket at university, where he studied, and later graduated in, commerce.

In 1974, Vengsarkar amassed 240 in the semi-finals of the collegiate competition and 170 against Delhi in the final of the Inter-University tournament. It was his passport into Bombay’s Ranji Trophy squad, although he spent his first season in the reserves before getting his call in 1975, when Eknath Solkar was injured. He lost no time in establishing himself, and after only one season of first-class cricket climbed to the next level – a Test cap.

On the first leg of his maiden tour, in New Zealand, Vengsarkar played in all three Tests, opening the innings with Gavaskar each time, but without scoring over 30. There were no major scores either in the two Tests he played in the West Indies, but in the second of them he gave a clear hint of his promise and class.

That was the contentious final Test match at Kingston, which was played on a newly laid pitch of very uneven bounce. The West Indies pace bowlers, Holding, Daniel, Holder and Julien, were not averse to pitching short and three Indian batsmen took no further part in the match after being injured in the first innings. Indeed, Bedi declared as a protest against West Indies’ intimidatory bowling. 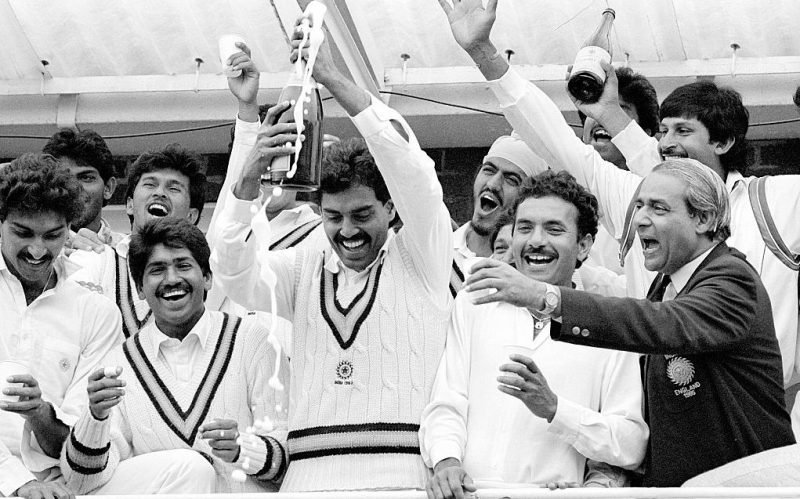 Indian team celebrates after winning the Headingley Test in 1986

However, Vengsarkar, using his height to cope with the steep bounce, came out of the struggle with distinction, considering his lack of experience against pace bowling, scoring 39 and then 21 in the second innings, when five Indian batsmen were absent injured.

Notwithstanding this display of skill, he was not a fixture in the Test side until the tour of Australia in 1977-78, but from then until the series against England last summer he had missed only three Tests. By the time he returned to India for the series against Australia, he had 85 appearances to his name and an aggregate, including eleven centuries, of 4,985: only Gavaskar and Viswanath have scored more runs for India.

Although he frequently passed 50, Vengsarkar had to wait until his 17th Test match before achieving his maiden hundred: an occasion when he shared a record second-wicket stand of 344 with Gavaskar against West Indies, in Calcutta, in 1978-79. He has made runs everywhere, but all his overseas Test hundreds have been scored in England, where his reach and his technique of playing the ball late stand him in such good stead, as he demonstrated so amply last summer.

By the time he’d played his last Test during India’s tour to Australia in 1991/92, Vengsarkar had scored 6,868 runs from 116 appearances at 42.13. He was one of the only three Indian cricketers to have played more than 100 Tests at the time.