It was a long hard road to the top, but no one relished their Test breakthrough more than Australian opener Chris Rogers. He was a Wisden Cricketer of the Year in 2014.

Chris Rogers had spent 19 balls and half an hour on 96, his innings in the doldrums and his nerves almost shredded, when he experienced the most magical and fulfilling moment of his life. Feeling like a “cat on a hot tin roof” as Graeme Swann maneuvered him this way and that on the second evening of the fourth Test at Chester-le-Street, Rogers had been fearing an imminent demise. The completion of his maiden Test hundred was proving as agonising as it had been long-awaited.

Twice he chipped Swann just short of mid-wicket. Then he cut at one that skidded a millimetre or so past off stump. Driven by desperation and the instinctive urge to act decisively before his luck frayed for good, Rogers swept firmly at his tormentor. He connected sweetly, and moments later was overwhelmed by emotion as he watched the ball hop over the square-leg rope.

But the emotion was not of the showy kind. The celebration that followed was so subdued it could have been the product of a sepia age. Rogers was drained. And he could barely believe he was living a moment that had been so many years in the making. “There have been a few times when I have stopped to think about it,” he says. “It still puts a few shivers up the spine. It was not just the satisfaction of reaching the century, but everything that came with a lifetime of hoping and planning and preparing for it to happen.

Christopher John Llewellyn Rogers was born in Sydney on August 31, 1977, but soon moved to Perth when his father, John, became the inaugural general manager of the Western Australian Cricket Association. A sports enthusiast who played three Sheffield Shield matches for New South Wales, appeared against the 1968/69 West Indians, and was later a state selector, John returned from watching his son’s Ashes debut with his wife, Ros, to buy and operate the Hume and Hovell cricket ground at Strath Creek in country Victoria; it has a slope imitating Lord’s. A new start in life at 70. 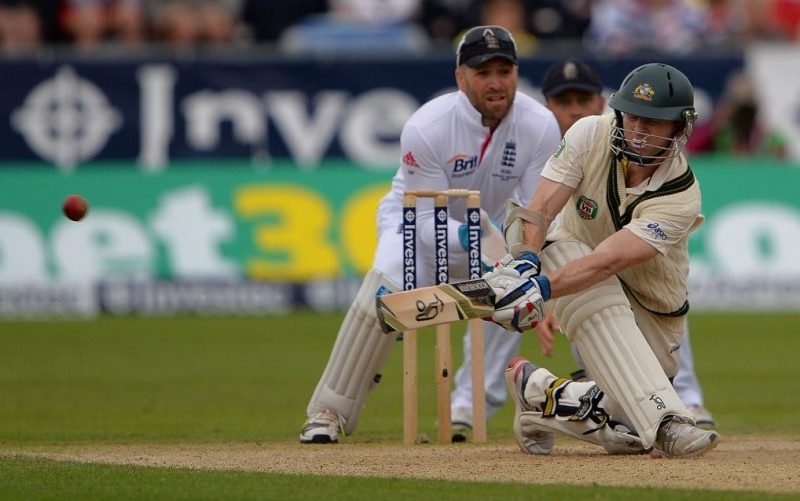 Rogers was half that age when he had his own epiphany. The second-oldest Australian to score a maiden Test hundred – Arthur Richardson was almost 38 at Headingley in 1926 – Rogers had spent two decades honing his talent and skills to become, paradoxically, an overnight Ashes success. He had long believed his Test record would be limited to a dismal experience as a replacement – and not, he felt, a welcome one – for the injured Matthew Hayden at the WACA against India in 2007/08.

Yet Rogers’s arrival as a Test batsman was the product of a long and slow development in first-class cricket in Australia and England, where he had scored almost 20,000 runs and learned how to resist and flourish in virtually all conditions and situations – not bad for a player who is colour-blind and has occasionally had trouble picking up the red ball. Still, it took a chance encounter for the seeds of his Ashes recall to be planted.

“Cricket Australia got criticised for picking the side so far out, but it helped me massively”

That took place in a Perth restaurant nearly a year before the trip to England, when the University of Western Australia Cricket Club’s life members were meeting for their annual lunch. Rogers had scored a record ten centuries during his time at the club in the late 1990s, batting alongside new recruit Mark Ramprakash in his first outing, and was invited to attend.

He sat next to national selector John Inverarity, who was surprised to learn that Victoria had indicated they would not be offering Rogers a new contract, and that he was contemplating a move to Tasmania. In fact, he wondered if he had a future in Australian cricket at all. A phone call or two later, and Rogers had not only received a contract extension with Victoria but was considering the prospect of a role at the Ashes. He thanked Inverarity on both counts. 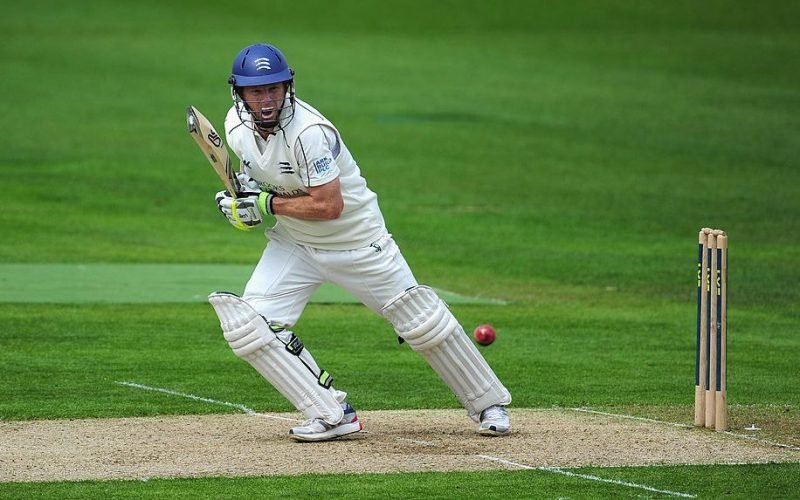 “Cricket Australia got criticised for picking the side so far out, but it helped me massively,” he says. “It forced me to face my fears – but in a controlled and helpful environment at Middlesex. I knew I was building up to the Ashes and could prepare properly. And guys like [director of cricket] Angus Fraser and sports psych Steve Sylvester and the coaching staff were amazing for me.”

As a consequence of his year-round labours in Australia – for Western Australia and Victoria – and England, where he appeared for Derbyshire, Leicestershire and Northamptonshire before finding his best fit at Middlesex, he was the only batsman in the world to have scored 10,000 first-class runs in the five years leading up to the Ashes. Throw in the lack of distractions from limited-overs follies (though he did captain Twenty20 franchise Sydney Thunder when Chris Gayle rejected the post), and Rogers started the 2013 summer with his customary industry. He finished it with 1,536 first-class runs, more than anyone in the country. By the end of Australia’s triumphant 5-0 return leg, Rogers’s 830 runs – including centuries at Melbourne and Sydney – were more than any player on either side during the ten Ashes Tests.

Runs and hundreds had flowed early for Middlesex, before a composed half-century in the first Test at Trent Bridge appeared to vindicate Inverarity’s faith. Then came Lord’s. Excited by the opportunity to thrive at his home ground, Rogers twice fell in abysmal fashion. Befuddled by a Swann full toss that sailed above the sight-screen and out of his line of vision before striking him in the midriff, Rogers failed to ask for the review that would have reprieved him. Shouldering arms to a second-innings slider that crashed into off stump was scarcely more palatable.

“You don’t get too many chances at 35,” he says. “I wasn’t a project player: I was expected to perform. To have a bad game at Lord’s – not just a bad game, but to get out so poorly in both innings – did not reflect well. The pressure was on. I knew if I didn’t get runs in the next game, that was probably it.”

He responded with a rollicking 84 at Old Trafford, reaching a half-century off 49 balls, and might have made three figures if his concentration had not been shattered by the constant crowd movement in a pavilion that now stood behind the pitch rather than square of it. Durham beckoned, and Rogers felt his moment had finally come.

“That wicket was completely suited to me,” he says. “You need a little bit of luck, but if the Australian management wanted me to do well in any Test, it was that one. My experience and technique and knowledge of seaming English conditions were my tools, and I felt all week leading into the Test that I could have an impact. It was a tough, tough wicket, but it was set up for me.”

Foreshadowing his second-innings heroics, Stuart Broad scythed through the Australian top order, only for Rogers to stymie him and the rest of the attack until exactly 24 hours after the innings had started. That epic day included 30 heart-stopping minutes marooned on 96, but also a moment of exhilaration as a veteran finally achieved a life’s dream.