India’s sensational first series victory over England in 1971 was a triumph for their spin attack. Leading the way in their win at The Oval was leg-spinner Bhagwat Chandrasekhar, a Wisden Cricketer of the Year in 1972.

India’s first Test victory on English soil came in the wake of a most dramatic turn in fortunes, England being toppled from the commanding position of a 71-run lead in the first innings. Batting again, they were put to flight in a matter of only two and a half hours. The havoc was wrought by Bhagwat Subramaniam Chandrasekhar who, in a spell of 18.1 overs, captured six wickets for only 38 runs.

Chandrasekhar’s match-winning effort at The Oval was the climax of a highly successful tour performance. He took 50 wickets in all first-class matches, 13 of them in the Tests. Although such figures were no novelty to Chandrasekhar, his success on this trip will have for him a special significance, for he had spent the four previous years in the backwoods. Even six months earlier, no place could be found for him in the side that toured the West Indies. His selection for England was influenced, one believes, by the view that English batsmen are vulnerable against wrist-spin.

However, the selectors should have realised that Chandrasekhar would be no less a force in the Caribbean. This writer, at least, is convinced that his presence in the West Indies might well have given India a wider margin of victory in the Test series. Furthermore, they would have gone home with more than just one win in the territorial games.

There is a fairy tale flavour to the story of Chandrasekhar’s career. Born on May 17, 1946 in Bangalore (also the birthplace of Colin Cowdrey), Chandrasekhar suffered an attack of poliomyelitis when he was only five years old. Recovery and convalescence meant his spending three months in hospital, but once he came home his parents encouraged him to live the normal life of a five-year-old. He has never forgotten how much he owes to all around him for the courage and confidence they gave him at that vital stage of his childhood.

One can recount many instances of champion sportsmen and sportswomen who were invalids in infancy. In fact, it was once feared that Doris Hart, the Wimbledon women’s champion in 1951, would never walk again because of an infection in the knees.

But Chandrasekhar must be unique in that he has turned his deformity, a withered arm, into an instrument of success. The belief is that the thinness of his arm gives it the flexibility of whipcord, enabling him to produce the extra bite in his top-spinner. Indeed, Chandrasekhar is not a wrist-spinner in the classical mould. He is, in fact, medium-paced. Top-spinners and googlies are his stock-in-trade, although it is not that he never delivers a leg-break. In fact, several Indian batsmen have said that he now turns his leg-break more sharply than ever before.

He is able to generate enough pace to have once bowled a bumper in a Test match. The paradox of that incident was that the target of the bumper was Charlie Griffith. The blow got home, although not as painfully as it would have done if the roles had been reversed. This, incidentally, happened in the last innings of the 1966/67 series, at Madras. 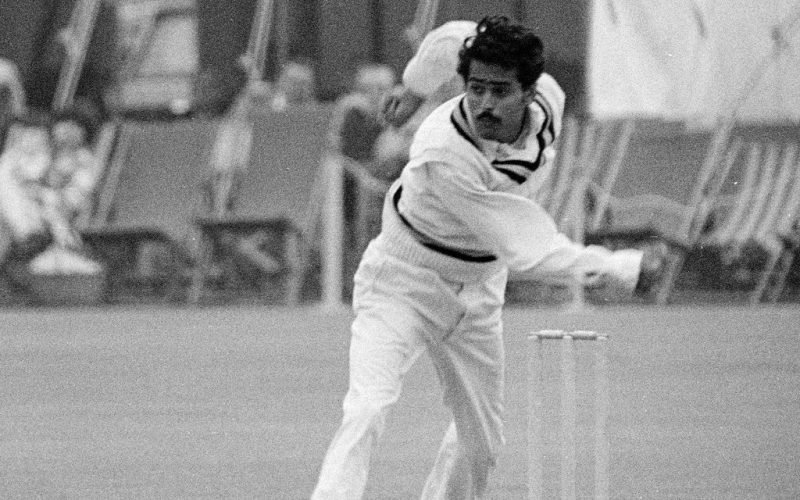 Chandrasekhar did not arrive in big cricket through the customary channels of the Inter-State Schools’ championship and the Inter-University competition. When only just past his 17th birthday, he went straight from club and schools cricket to the Mysore side. Three months alter, he was a Test player.

With 25 wickets in four Ranji Trophy games, Chandrasekhar was picked for the Board President’s XI (a team of Test candidates) to face the 1964 MCC team in their opening fixture. Although he took only one wicket, that of Sharpe, he made an impression, not least through inducing an unaccepted slip chance from Ken Barrington.

Chandrasekhar maintains that only three batsmen have played him with complete assurance – Cowdrey, Sobers and Barrington.

Chandrasekhar inevitably made his debut in the Second Test of that rubber. He took five wickets in that match, but his effectiveness waned as the series progressed. There were various reasons for this. But an important one was that Cowdrey joined the in the fray from the Third Test onwards and brought his masterly technique to bear the job of coping with the awkward newcomer. Chandrasekhar to this day maintains that only three batsmen have played him with complete assurance – Cowdrey, Sobers and Barrington.

The Australians played a three-Test series in India later that year and got so badly entangled in Chandrasekhar’s web of mystery that they were beaten in the first Test, at Bombay, where Chandrasekhar was able to extract added bounce from a pitch now relaid on a foundation of bricks. 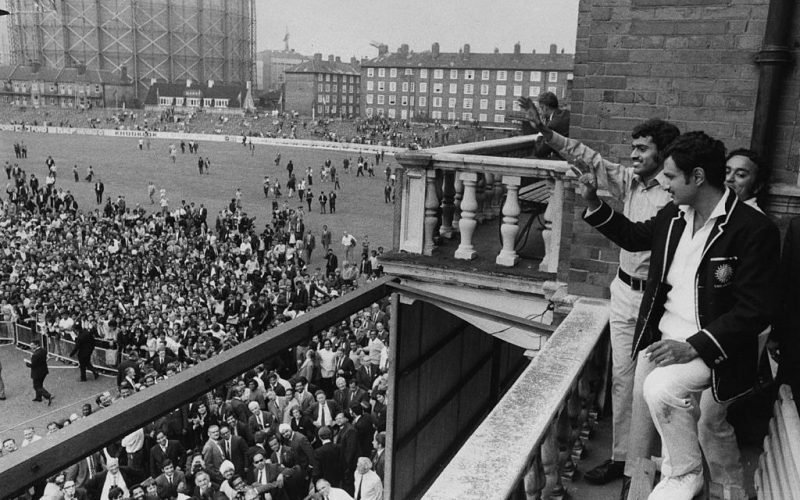 India dropped too many catches to enable Chandrasekhar to inflict the same fate upon the West Indies, in 1966/67, at the Brabourne Stadium. But he took seven for four wickets in that game, and 18 wickets in the three-Test rubber. He sent down 196.5 overs, which were twice as many as any other Indian bowler.

Chandrasekhar’s first venture abroad, the England tour of 1967, brought further glory – 57 wickets, including 16 in the Tests. They were reward for bowling around 700 overs. His statistics must be judged also in the light of the most deplorable fielding seen in modern first-class cricket.

With a tour of East Africa tagged on to the English trip, the domestic season was already upon the Indians when they got home. Thus the Australian tour of 1967/68 was undertaken without any time off cricket. The toils of the West Indies series and the English tour caught up with Chandrasekhar, who was still a fairly slight man. His failures in the early matches were a prelude to a leg injury which, the specialist said, needed rest. So Chandrasakhar was sent home. Recover was retarded by a fall from his motor scooter, on which he commutes from his suburban home to his work in a city bank. Consequently, there was no cricket for him during the 1968/69 domestic season and though he was on the short list, Chandrasakhar did not play against either New Zealand or Australia, in 1969.

In England last summer, Wadekar got the best out of him by using him as sparingly as possible. Test matches entailed just as much bowling as on the previous trip, but his quota for the whole tour was 200 fewer overs. Of course with Prasanna, Venkataraghavan and Bedi having developed so much in the intervening years, Wadekar had more scope to nurse Chandrasakhar than did Pataudi. Division of Labour, no less than a phenomenal improvement in India’s close catching, made for the glorious comeback of this gentle, cheerful sportsman.