Hashim Amla, who announced his retirement from international cricket yesterday, was one of South Africa’s greatest batsmen. In 2013, the top-order batsman was named a Wisden Cricketer of the Year, which prompted this tribute.

Hashim Amla enjoyed one of the most productive tours of England ever seen. In all three formats he was prolific, top-scoring in eight of his 11 international innings. His triple-century in the first Test at The Oval was as career-defining as it was nation-defining: he was the first South African to reach the landmark.

It was an epic, and the fact that it laid the platform for a famous series win marked it out for eternal fame. By the time he added another century, in the third Test at Lord’s, he had edged past even Jacques Kallis as the wicket England craved most.

ICYMI: The big news from today!

Amla produced yet another hundred in the one-day series, at Southampton, prompting coach Gary Kirsten to purr: “The pitch was extremely awkward, the bowling very good. To make 150 out of 287 rates it very highly, probably in the top three one-day innings for South Africa.” Accolades kept coming his way as the year progressed; by the end, he had scored 1,950 runs in all internationals, at an average of nearly 63.

Inevitably, there was much talk of his heritage and its historical significance. But Amla, a 30-year-old, third-generation South African, downplays the situation without demeaning it. “The post-apartheid era has been around for a long time, so we are accustomed to seeing people of all races representing South Africa,” he says.

“I understand that older generations may find some satisfaction in my achievements, but it is not a factor for me or the team. We were just little boys when Nelson Mandela was released from prison.”

A simple question reveals his essence: does he see himself as a role model? “You are a role model as an international sportsman. The only choice is whether you are a good or a bad one. I would like to be a good one.” And Amla means to be a role model to everyone, irrespective of colour, creed or religion. 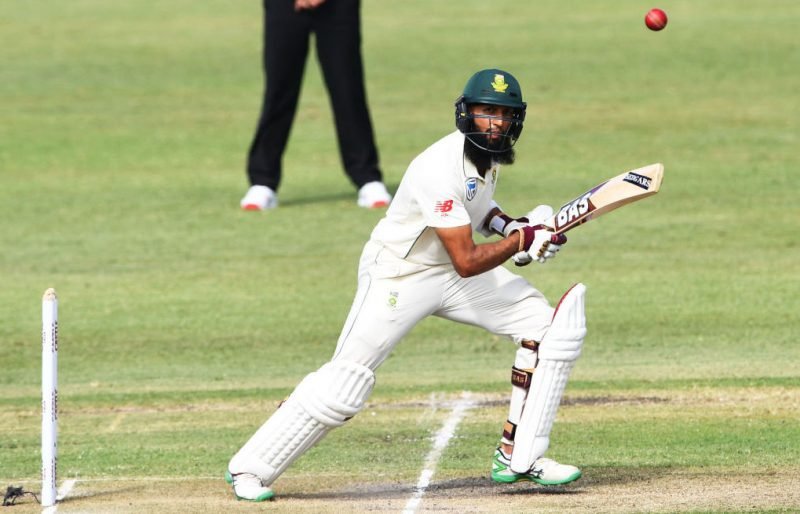 Minor frailties in his technique were exposed when he made a false start to his international career back in 2004-05. He played round his front pad, and was dropped after two Tests at home to England amid whispers of tokenism.

He also struggled against the short ball, and spent close to 100 hours in Kingsmead’s indoor school facing thousands of bouncers from a bowling machine at full pace. After 15 Tests, he averaged 25 – a figure he has since doubled. That was not, as Amla says, a result of natural talent.

And yet he clearly has something. Whereas others see fielders, Amla sees gaps. It accounts for his occasionally extraordinary shot selection, such as leaping towards cover and flicking decent deliveries through the leg side from outside off stump. “Sometimes you need to hit the ball where the bowler doesn’t want you to,” he says, trying hard not to sound confrontational. “I’m sure it does upset bowlers, but that’s not my aim. I just want to score runs.

The wrist skills which characterise his run-making are not, in fact, a legacy of his Indian heritage. His grandparents emigrated from Gujarat 60 years ago, but his blood is “South African green”, and his subcontinental batting skills are all self-taught. It is Amla’s ability to manoeuvre himself, at times unobtrusively, into unorthodox positions that makes his batsmanship appear less outrageous than it really is.

Only the most discerning observe his ability to toy with the bowler and create scoring opportunities. The off-stump guard he took to Graeme Swann during the Oval Test was a classic of the genre; by the end of the series, Swann was bowling without a slip.

Hashim Mahomed Amla, born in Durban on March 31, 1983, encounters awe on a regular basis, but he does not encourage it. Awe, he feels, should be reserved for those with a special dispensation in life, not for a cricketer who – like him – happens to lead a simple existence according to the principles of his religion. 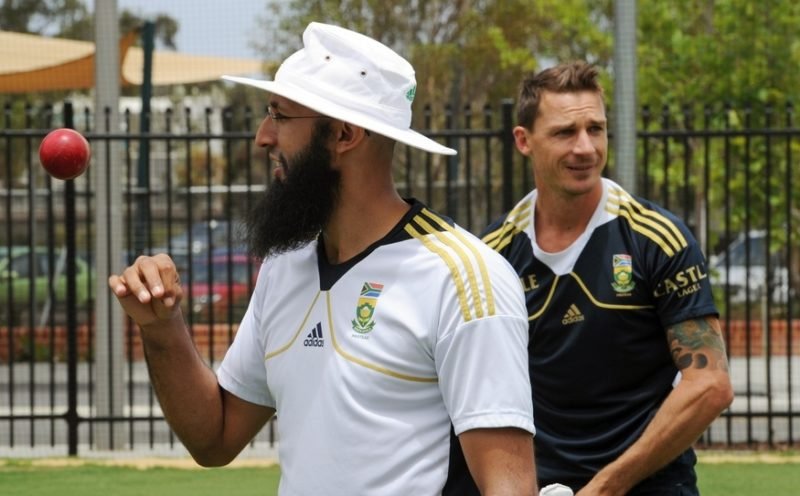 While he fiercely stood up for what he believed in, Hashim Amla was always respectful of others’ choices

He does not enjoy the spotlight, nor when his cricket is linked to his Muslim faith. He sees his religion, personality and cricket as existing concurrently, but separately, and finds it peculiar that people should seek a special explanation for his ability to cope with, say, the tension of a Lord’s century or a steepling catch in the deep with a series at stake. Amla’s Twitter lexicon is more Durban hipster than cricketer: were he not a batsman, he’d be a surfer.

His aura and influence within the team are as profound as they are unintended. The way he goes about his daily life has changed the perspective of teammates. On tour, Morne Morkel has been known to appease his own stresses and strains just by spending time in Amla’s hotel room. An Afrikaner in the room of a Muslim: nothing to them, earthquake to social historians.

Even the traditional drinkers in the squad adore Amla for his non-judgemental approach. Despite refusing to wear the logo of the national sponsor – Castle Lager – he thoroughly endorses personal choice. He has gone out of his way to make team-mates aware he is neither disapproving nor uncomfortable when they celebrate victories in the traditional way.

Whereas others see fielders, Amla sees gaps. It accounts for his occasionally extraordinary shot selection

Captaincy is a tricky subject. He’s very good at it, and everyone wants him to do it, but he’s only reluctantly willing, not keen. Amla understands the political expediency and other benefits of occupying a position of national leadership. But he also understands his game well enough to know that the most likely result is fewer runs. He was Under-19 captain when South Africa were beaten by Australia in 2002, and had the captaincy of KwaZulu-Natal thrust upon him at the age of 21. The first worked, the second didn’t.

A glorious 2012 has left him thinking of nothing but the next innings. “Things have a way of sorting themselves out. For now I am simply loving the game. This Wisden honour is very, very special. I do not regard myself in the same company as many previous winners.” The modesty would have England’s bowlers ruefully shaking their heads.