Harold Larwood, one of England’s greatest fast bowlers, was born on this day in 1904. On his death in 1995, Wisden published this tribute on Larwood and his Bodyline vice-captain R.E.S. Wyatt by historian David Frith.

The generations slip gently away. All the Edwardian Golden Age cricketers are gone. And in 1995, within 93 days, the last two truly eminent English survivors of the 1920s and 1930s died. R. E. S. Wyatt and Harold Larwood were not the last living pre-war Test cricketers, but they were clearly the most outstanding of the oldest soldiers, and symbolic of the two English divisions, the two castes: amateur and professional, Gentleman and Player. 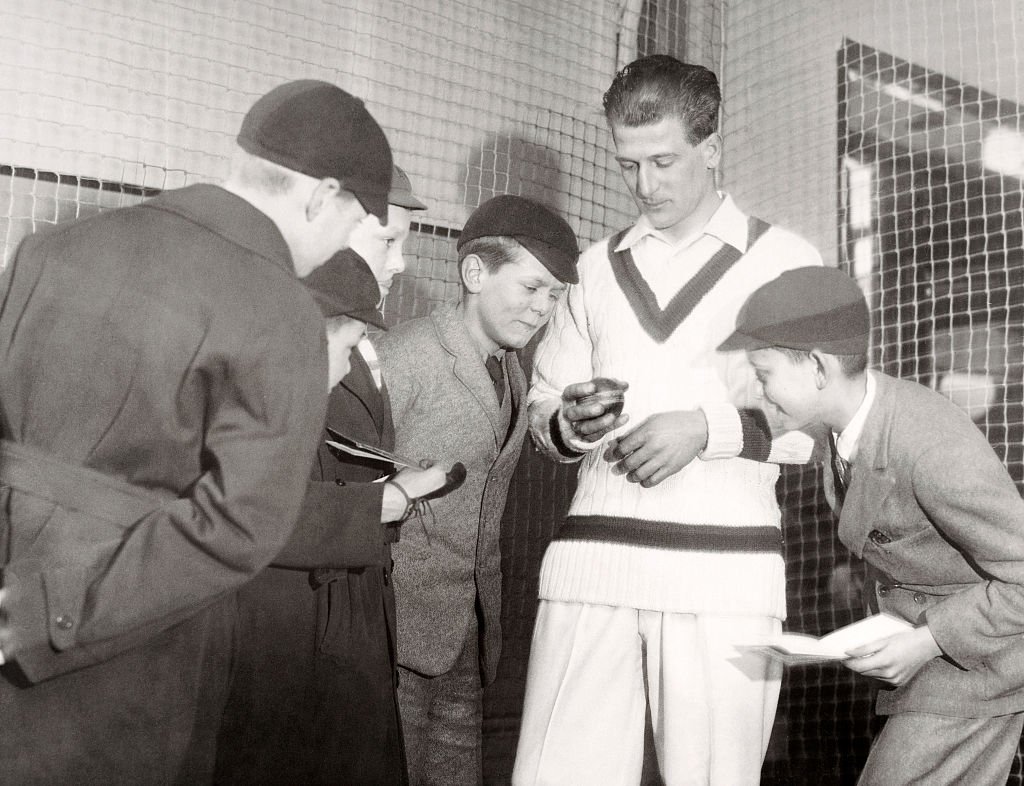 All about them was contrast: their backgrounds, their speech, their education, their financial standing. Yet united they stood as two of the toughest and most resilient cricketers ever to have represented England: Larwood (H.), the Nottinghamshire express bowler, and Mr. R.E.S. Wyatt, the very serious Warwickshire and later Worcestershire captain, who was vice-captain during England’s notorious 1932-33 Bodyline tour of Australia.

The former miner finished that explosive venture with a broken foot, which might have been coupled with a broken heart had he been made of lesser stuff, for he was expected to shoulder all the blame when those who ran English cricket finally came to comprehend the malodorous nature of D. R. Jardine’s strategy.

R. E. S. Wyatt and Harold Larwood were symbolic of the two castes: amateur and professional, Gentleman and Player.

Larwood was accessible in his Sydney home, where he spent more than half his life after emigrating in 1950 with his wife Lois and their five daughters. In short-sleeved shirt, braces and slippers, liberated from the drudgery of a sweetshop in Blackpool, he would tell visitors of his pride in his achievements as a cricketer, of his respect for his vilified skipper, of his undying love for his homeland and his gratitude to Australia, where he had once been hated and abused during that acrimonious 1932-33 tour, when his bumpers crashed into Australian flesh.

He never lost that sense of wonder at the warmth of welcome extended to him by his former adversaries, though in truth Australia was proud to accommodate a sporting icon of such dimension and vintage. England had been the losers, not just in their refusal to open the way for Larwood’s return to the Test side later in the 1930s. 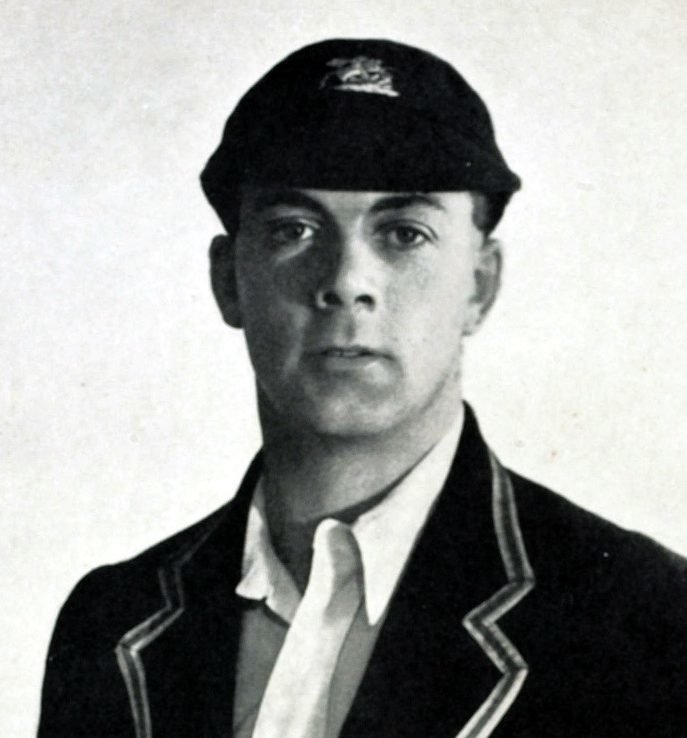 In a faintly anachronistic panama hat, and latterly in need of sturdy walking-sticks, Mr Wyatt was also accessible whenever he left his remote home in Cornwall to watch cricket or attend functions in the metropolis. In spite of his physical discomfort he journeyed till the end with his wife Mollie – South Africa in 1989, Lord’s summer after summer, at ease in Paul Getty’s box in the new Mound Stand. From that vantage-point, the action out in the middle gradually became a blur, though the memory – of olden days if not of last week – never failed. Didn’t Percy Chapman make a century here against Australia in 1930 when Bob Wyatt was not playing? Yes – missed before he’d scored a run!

The nonagenarian with the basset-hound eyes and slightly glottal voice, in common with the old fast bowler who now lived on the other side of the world, was firm in his opinions. Mr Wyatt loved theory. He would talk at length and with passionate conviction on the iniquities of the lbw law (among other things, he believed it discouraged backplay).

Larwood, for his part, was good on whether a batsman stood up to fast bowling or revealed a shortfall in courage. At his most animated he could still be scathing in the matter of Australian heart in that particular Test series with which, alas, he will always be linked. Always, though, he referred to his old captain as Mr Jardine (or the Skipper) and to the MCC vice-captain as Mr Wyatt. Decades in Australia’s egalitarian environment came too late for him to throw off the code of etiquette into which he had been born in 1904.

These two old cricketers were characteristic of the two classes of pre-war English life which coalesced into an often formidable Test team, rather as a horse and jockey become one for the purpose of their challenge. Those who made the acquaintance of Larwood and Mr Wyatt over the past half-century could only study photographs or close their eyes to imagine what they were like all those years ago.

For Mr Wyatt, one would fancy a bright blazer, an upturned shirt collar, a period cottage adorned with climbing roses, a pair of red setters reclining on the lawn, and a fairly fine motor-car in the garage. There might also, among the mail on his hall carpet, have been some sort of medical report following the latest of his countless injuries. And a disputatious letter from a club committeeman. 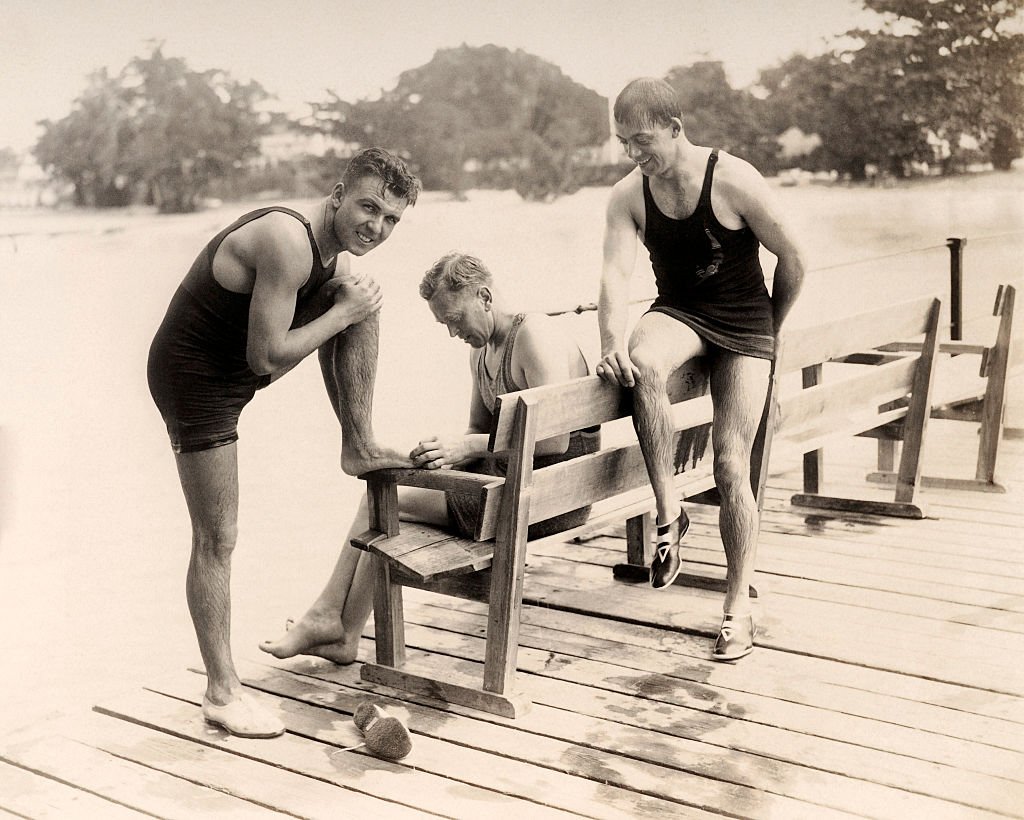 For Larwood, picture a foaming tankard of beer and a cigarette, a respectable suit and a respectable trilby hat, and a virile ease among his fellow professionals which might quickly tense up when any of the officer class came by. It would take little imagination to discern for which political party each of them might have voted.

Mr Wyatt and Larwood, at opposite ends of the social and economic scales in the 1920s, when both were first chosen to play for England, could scarcely have been further apart physically from 1950 onwards, with the Larwood family resident 12,000 miles away, where so many of the disillusioned have thrown off their shackles.

Related Story: From Robin Smith to Colin Milburn – 10 unfortunate England careers
That they held each other in deep respect is beyond question. Visualise cricket’s 1995 Legion of the Departed as they shuffled up the steps of the Greatest Pavilion: “After you, Lol … Naw, after you, Mr. Wyatt…”

If there was any final imbalance, it was that Prime Minister John Major, he who wished to create a classless society, gave Harold Larwood an MBE by way of long-overdue atonement. Bob Wyatt was never thus recognised. It was as illogical and unjust as Larwood’s ostracism by Lord’s following Bodyline.

David Frith founded Wisden Cricket Monthly in 1979 and edited the magazine until 1996. The magazine was relaunched in 2017 – you can subscribe here. Article originally published in the Wisden Cricketers’ Almanack.