Godfrey Evans was the heartbeat of one of England’s finest teams, and one of the game’s great wicketkeepers. His obituary in the Wisden Cricketers’ Almanack 2000 remembered a hugely popular figure.

Godfrey Evans was arguably the best wicketkeeper the game has ever seen. Debates about wicketkeepers cannot be stilled by statistics in the way that a challenge to Don Bradman might be. What is beyond question is that Evans was the game’s most charismatic ‘keeper: the man who made the game’s least obtrusive specialism a spectator sport in itself. His energy and enthusiasm brought the best out of other fielders, whatever the state of the game. But he added to that a technical excellence that has probably never been surpassed.

Evans was born in north London, but moved to Kent when he was a baby and was brought up by his grandfather after the death of his mother. At Kent College, he was an all-round sportsman, and played in the school team mainly as a batsman: the games master thought wicketkeeper was a good place to hide one of the team’s less mobile fielders. He made his Kent debut in July 1939 as a batsman, but kept wicket in three of his next four games before the war came. His reputation only flourished when the former England captain, AER Gilligan, saw him in a Services match in 1942 and ensured that he received invitations for the major wartime matches.

By the end of the first post-war summer, Evans had displaced Paul Gibb as England’s wicketkeeper, after an excellent performance for the Players at Lord’s when he did not concede a bye. He let through one on his Test debut at The Oval, which irritated him years later: “a silly little blighter” from Jim Langridge, outside off stump. That kind of perfectionism ensured that there was no serious challenge to his pre-eminence for the next 13 years.

At Sydney, in 1946-47, he began standing up to Alec Bedser, at first only for the old ball, then all the time. His menacing presence there made the bowler better and more confident; above all, according to Bedser, it ensured that he bowled a full length. Bedser got the idea from Herbert Strudwick, who had stood up to Maurice Tate; he insists that Evans’s fingers were never even marked by the experience. “He was so quick, and had such wonderful hands, you see.”

Evans was not ashamed to tumble, perhaps making the comparatively easy look difficult. But he also executed stumpings with lightning speed, making the difficult look absurdly easy. He was one of the most theatrical of cricketers but, as with all the great performers, the apparent ease masked a self-discipline that the audience never suspected. His greatest secret was the meticulously observed lunchtime siesta ritual, which enabled him to keep fresh and focused. 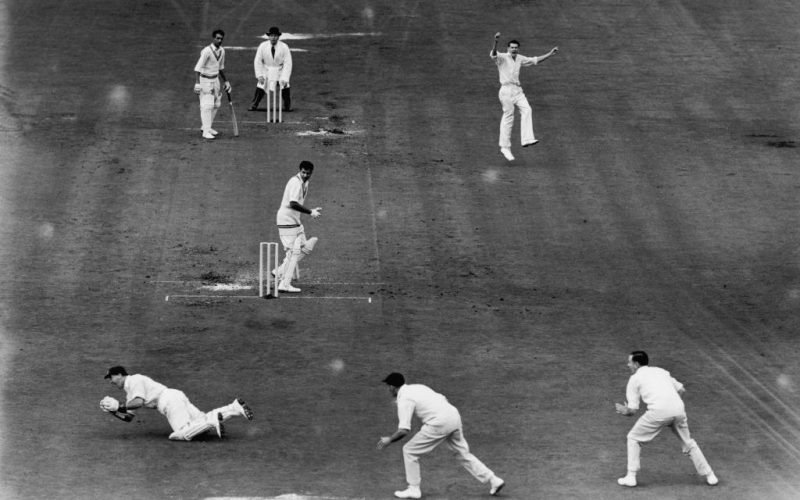 Godfrey Evans grabs a stunner to dismiss Pakistan’s Fazal Mahmood at The Oval, circa 1954

This gave him the ability to conduct the team like an orchestra, and he could flog life from the tired limbs of his teammates at the end of the hottest day. He had a remarkable physique: strong, sturdy, squat and astonishingly resilient, plus a keen eye, remarkable concentration and sharp reflexes. Evans might have taken up boxing for a career: he flattened several opponents before the Kent authorities intervened and told him to choose between the sports. He chose.

At home, he missed only five Tests in 12 seasons between 1947 and 1958, and in all played 91. After the 1946/47 tour, Bill O’Reilly wrote that wicketkeeping was the only department where England matched Australia. In 1950/51, according to Trevor Bailey, Evans did not miss a chance, and took one at Melbourne that still amazed Bailey years later, when he caught Neil Harvey standing up to Bedser “one-handed, horizontal, and airborne down the leg side off a genuine leg-glance.” 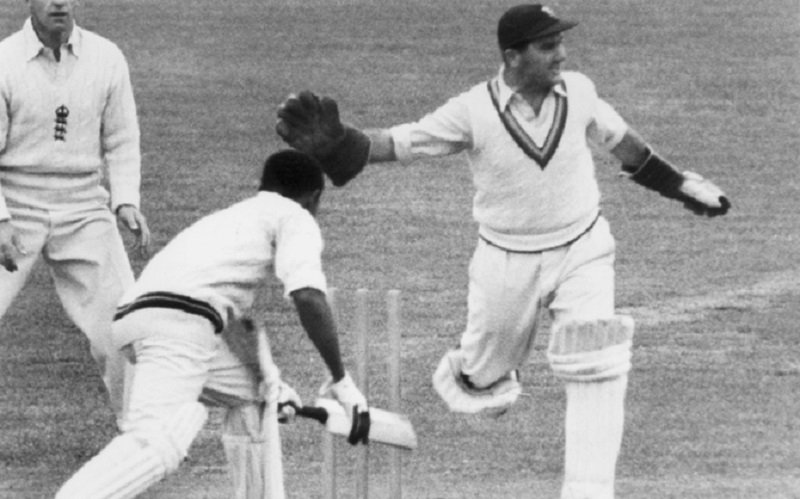 But Evans’s value to his side and his popular appeal also hinged on his batting. At Adelaide in 1946/47, he famously batted for 97 minutes without scoring, to help Denis Compton to his second century of the match, and avoid likely defeat. More often, his batting was as flashy as his wicketkeeping: highlights included a century in the Old Trafford Test of 1950 and another against India at Lord’s two years later, when he scored 98 before lunch.

He remained on his pedestal until 1959 when he was felt to have lapsed against India, and lost his place to Roy Swetman. The need for “team building” was cited. He promptly retired. There is no evidence that he did so too early. In 1967, just short of his 47th birthday, he made a comeback during Canterbury Week while Alan Knott was playing for England and there was no available deputy. Huge crowds saw him keep – according to Wisden – “superbly”. 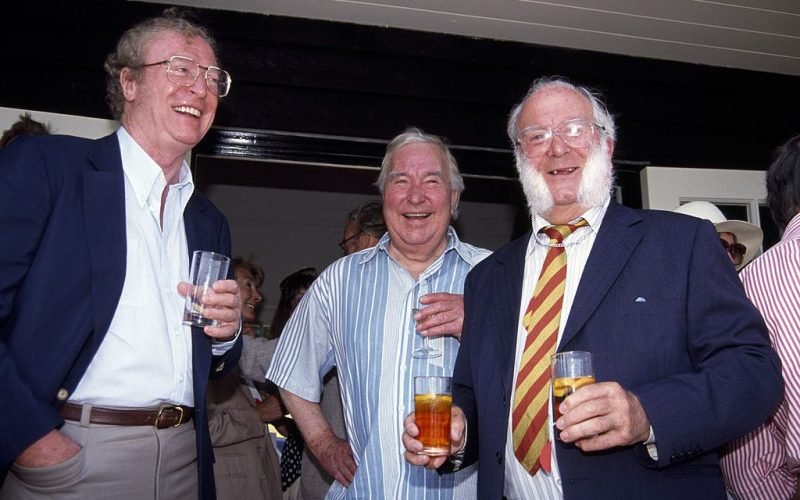 The England bowler Mike Selvey, now a cricket correspondent, played with him nine years later in a fun seven-a-side at The Oval. “My experience was an education. Late out-swing just whispered into his gloves. I slipped in a full-length in-swinger on leg stump – the most difficult to take – and there he was, down the leg side as if by telepathy, flicking the bails away as the batsmen changed feet.” Selvey said he had never seen a better display of wicketkeeping.

Keeping alone could not account for his popularity. He made his highest score, 144, at Taunton in 1952. Afterwards, it was announced that there would be a collection for Somerset’s beneficiary, Harold Gimblett. Evans at once volunteered to go round with the box, which he did with his cheery smile and banter, making the takings far larger than they would have been.

“For all that Godfrey was a cricketing Falstaff, there was a touch of Hamlet too”

He was always generous himself for good causes. He was equally famous for his night-time roistering, some of which would – in a sterner age – have got him into terrible trouble with the tabloids. His standard shipboard party piece, as Carmen Miranda leading the team in a fancy dress conga, has never quite been forgotten. Many who knew him well believe that behind the extrovert lay a rather sadder figure: he never quite settled into steady post-cricket employment. “For all that Godfrey was a cricketing Falstaff,” said his biographer Christopher Sandford, “there was a touch of Hamlet too. He thought and fretted about life more than he let on.”

Related Story: The Bharat v Kishan debate is close, but there is a clear winner

But any sadness was well hidden, in later years, behind exuberant mutton-chop whiskers. He became best-known as resident expert for the bookmakers Ladbrokes, reassessing the odds at each twist and turn of a Test match, usually getting it right, but, at Headingley in 1981 when he offered England at 500 to 1, famously getting it wrong. He also worked in the jewellery trade, and for some seasons was involved in a sponsored wicketkeeping award. He remained – even for cricket-lovers too young to have seen him – a symbol of some of the happiest times for English Test cricket, on the field and off it. His CBE, he blithely proclaimed, stood for Crumpet Before Evensong.