Fred Trueman made a spectacular arrival on the Test scene in 1952. His impact earned him a place as one of Wisden’s Cricketers of the Year in 1953.

Already, Frederick Sewards Trueman gives promise of becoming a second Harold Larwood. His successes against India in the 1952 Test matches provided the chief cricket topic of the summer. Who will forget the scoreboard showing four wickets lost by India and not a run scored? Who could forget his bowling in the third Test at Manchester, where India were put out for 58 and Trueman took eight wickets for only 31 runs?

Some of the India batsmen visibly retreated before his onslaught, and though a rain-affected pitch helped the bowler considerably, it must be admitted that Trueman’s speed, length and direction were beautifully controlled. It was a spell of bowling only to be compared with Larwood at his very best.

After the game, one of the England Test selectors said, “Trueman will be thinking that fast bowling is easy.” He added, “I would like him to get one wicket for 100 in the first innings of the Oval Test, and three wickets for 60 in the second innings. It would give a balance to things.” However, Trueman again did well. He claimed both the opening batsmen, Mankad and Roy, made a splendid diving catch at short leg to dismiss Adhikari from the bowling of Bedser, and in India’s final total of 98, Trueman had captured five wickets for 48 runs. 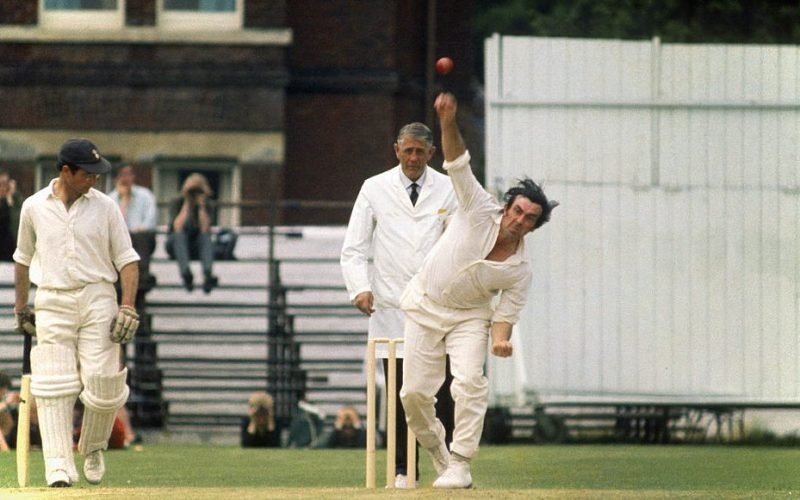 Fred Trueman in action against Hampshire in 1970

In the series of four Test matches, he finished with 299 wickets at an average cost of 13.31 runs apiece. He was top of the bowling averages and his analysis of 8-31 in the Manchester Test was the best bowling ever accomplished by a really fast bowler in any international match.

Born at Stainton, near Doncaster, on February 6, 1931, Trueman, who is 5ft 10½in and weighs 13st 9lb, was one of a family of seven to a miner. His father, Allan Thomas Trueman, was a well-known cricketer, a left-arm bowler and batsman, and he says, “I owe more to my father for his encouragement and help than to any other person.” The Second World War was in its third year when Trueman, 11, left the local Council School and went to Maltby Hall Modern School.

Competitive cricket between schools of the surrounding townships had ceased, but two of the teachers, ‘Tommy’ Stubbs and ‘Dicky’ Harrison, kept the game alive at Maltby Hall. They encouraged young Trueman to be a fast bowler. Unfortunately, Trueman was hit in the groin by a cricket ball and for 18 months [two cricket seasons] he attended the Rotherham Hospital for treatment. The teachers kept his interest in the game by letting him score and, on occasions, umpire. Eventually the cure was complete.

“He had the three great assets for the job: a love of fast bowling, a powerful physique and a smooth cartwheel action”

Trueman left school to work in a factory, and as a 14-year-old fast bowler, began to play cricket for Roche-Abbey CC. In his first four matches he took 25 wickets at a total cost of 37 runs. He earned a strong local reputation as a shock bowler, and at 16-and-a-half, he went for a trial to Sheffield United, one of the leading cricket and football clubs in Yorkshire. Here, playing in the Sheffield League for the A team of United, he captured six wickets for only 11 runs against the English Steel Co. He was promoted to the Sheffield senior team and took four wickets for 42 runs against Wakefield.

As a result of these successes, he received an invitation to play for Yorkshire Boys and he was asked to attend the county nets for coaching by Bill Bowes and Arthur Mitchell. They found in Freddie Trueman an apt pupil. Says Bowes, “He had the three great assets for the job: a love of fast bowling, a powerful physique and a smooth cartwheel action.” Speed was the first thing demanded from him, and, careful not to overdo it, Trueman was employed in short all-out spells of bowling. Unless the bowler strives for the extra yard of pace he never finds it. Perhaps his new job in the mines was all to the good in developing his physical attributes.

The Yorkshire committee encouraged him. In season 1949, when Trueman was only 18, Yorkshire played him in eight county matches. In 1950 he had 14 first-class games, including a Test trial, and though his inclusion in the trial was designed to give the England batsmen practice against fast bowling, it, nevertheless, gave the young bowler a tremendous fillip. In the main, Trueman, at this period of his career, was inaccurate in both length and direction, but, to the satisfaction of the Yorkshire captain, Norman Yardley, Trueman, in the short spells of bowling allowed, was fast. 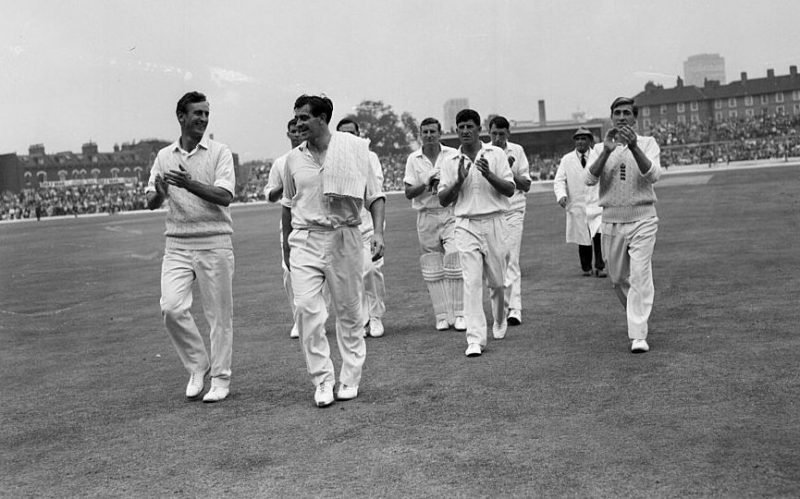 The harnessing of speed and control of the ball was the next stage in the development of Trueman. The improvement in his bowling was immediately noticeable. Whereas in 1949 and 1950 he had taken 31 wickets at an average cost of 23.2 and 28.2 apiece, he jumped to a total of 90 wickets for only 20.5 apiece in 1951. Against Nottinghamshire, he achieved his best analysis to date – eight wickets for 53 runs, including the hat-trick.

Trueman played many more matches for Yorkshire in this season. He was absent from the mines and, as a result, he was called to serve his two years of National Service. He joined the RAF, where he is now AC2 FS Trueman, 2549485 – a sports storeman. He is not due for demobilisation until the end of the present cricket season. Fortunately, the Commanding Officer of his unit agreed to release him to play in Test matches, and under the captaincy of his fellow-Yorkshireman, Hutton, Trueman was used in the same way as when playing for the county. Short spells at maximum speed was the order of the day. The young fast bowler gave ample proof of his further development. He bowled splendidly, and, though not a batsman, he showed himself to be a splendid fieldsman with a fast return to the stumps either right or left arm. 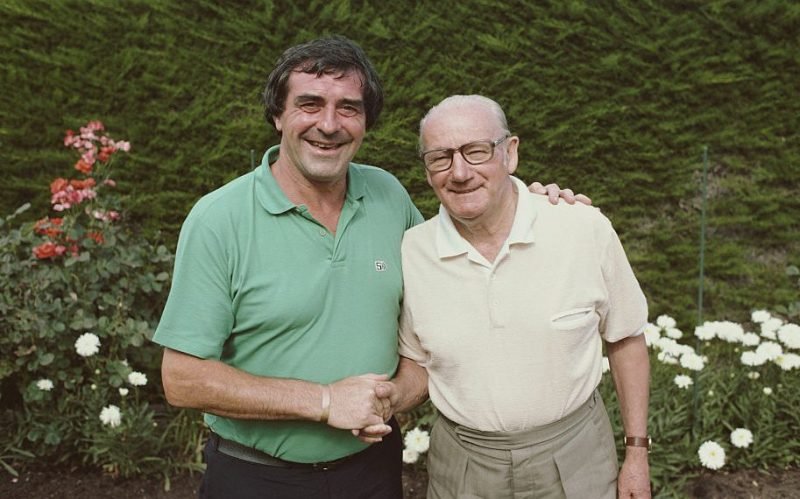 During the 1952 season, Trueman was frequently no-balled by the umpires for ‘dragging’. He had difficulty in getting boots able to take the strain imposed on them. He sprained an ankle when playing for the RAF, and during the Test matches at Manchester and The Oval, he showed a distressing tendency to get ‘stitch’. These troubles have mostly been cleared. Special boots have been made; the ankle injury was due to a bad foothold; and the ‘stitch’ was diagnosed as nothing more than a lack of regular fast bowling exercise.

It is doubtful whether Trueman has reached the stage of physical development to bowl the long spells which may be necessary against Test batsmen of the highest class. In Yorkshire they think it will be two more seasons before Trueman can do everything asked.

In Trueman, however, England certainly possess the best fast bowling prospect in years. His long run-up to the bowling crease with a smooth gathering of momentum for the delivery is reminiscent of Larwood. Like Larwood also, he is stock, strong in the back and very lively with the opening new ball of the innings. He has the speed, too, and above all this forthright, outspoken young man has the determination to succeed.