The great South African all-rounder Eddie Barlow died on December 30, 2005. Wisden celebrated his life and career at the time of his death.

Though not the most gifted or elegant of his outstanding, and largely lost, South African generation, Eddie Barlow was the most combative. Barlow came into Test cricket as a 21-year-old in December 1961, and was able to play 30 times before South Africa’s exclusion in 1970. In Tests, he nearly always opened, but he was also an effective outswing bowler, brilliant slip and dynamic personality who invested each game with such energy that one felt he could bat, bowl, field and organise the teas simultaneously. “He rolled up his sleeves high above his elbows, flexed his muscles and bounced on to the field like a prize fighter,” wrote Rodney Hartman.

Known as ‘Bunter’ because he was short and stout at school in Pretoria, Barlow turned into a superb sportsman, playing centre for Transvaal against both the Lions and the All Blacks. He made the Transvaal cricket team in 1960, while reading geography at Wits University. But his early plans to become a teacher were overtaken by events: he made 72 on his debut for Transvaal B as a 19-year-old and rocketed into the national team and, in Australia in 1963/64, to stardom. He scored 603 runs in the series, 1,523 first-class runs in Australia (he had threatened to overhaul Bradman’s 35-year-old seasonal record of 1,690) and 1,900 on the whole tour including New Zealand. 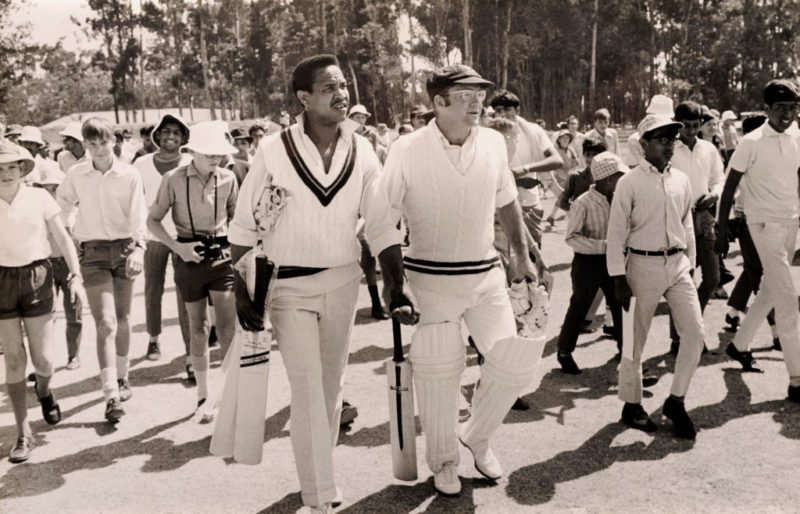 “Those 1,900 runs were worth twice their face value in inspiration,” wrote RS Whitington. Along with Graeme Pollock, Barlow destroyed South Africa’s old reputation for dour competence. He scored hundreds in three of his first four Tests against the Aussies: the first, at Brisbane, watchful; the second, at the MCG, defiant in defeat; the third, at Adelaide, a joyous outburst that represented the first real flowering of a team that might have become the greatest in history. Barlow and Pollock put on 341, with Barlow scoring 201 through a mixture of luck, joy and glorious bloody-mindedness. He clinched victory by coming on for his first bowl of the game and producing a golden-arm spell of 5-2-6-3. “I’d like half his lottery ticket,” grumbled one onlooker. But he had determination too: Whitington wrote of him protecting his stumps “like a female bulldog defending her brood”.

Barlow sent Bacher a telegram: “PLEASE, DOC, GIVE ME A BOWL!” He did: Barlow took three for four

Barlow made another hundred against England at Cape Town a year later, but without any applause from the fielders, convinced he had been caught on 41. Though he had a poor home series against Australia in 1966/67, he was still entrenched and growing in seniority, with the captaincy beckoning. But it beckoned another man too: his contemporary at Wits, Dr Ali Bacher, the cool and calculating antithesis to the Tiggerish Barlow. As a university magazine put it: “Quiet Ali you never heard, but bouncing Barlow was everywhere.” 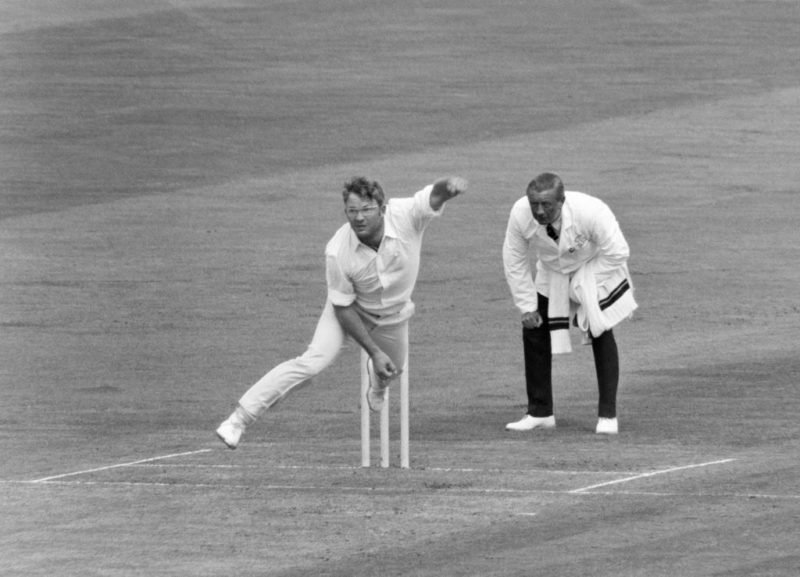 Bowling for the Rest of the World against England in 1970

Barlow left Transvaal – first for Eastern Province, then Western Province – to gain leadership experience and, when Peter van der Merwe retired as South African captain, their rivalry became a national talking-point. The press and public wanted Barlow to take over; the players apparently favoured Bacher, and he won, inheriting a team that was now so brilliant that it hardly mattered who led them. They stormed the 1969/70 series against Australia 4-0. Barlow briefly dropped down the order to accommodate the young Barry Richards, made two more centuries and stayed loyal – although at Kingsmead when Australia were fighting back after following on (465 behind), Barlow sent Bacher a telegram: “PLEASE, DOC, GIVE ME A BOWL!” He did: Barlow took three for four.

Barlow’s zest for the game never wavered during the two Test-less decades that followed: he was dynamic for the Rest of the World team in England in 1970, taking a memorable hat-trick at Headingley. And he played on until he was 42, in 1983, taking over a pig farm north of Cape Town, and having fun as father-figure of the infant Boland team.

From 1976 to 1978 he also led Derbyshire, where he galvanised a perennially weary club. But Gerald Mortimer, Wisden’s Derbyshire correspondent, noted in his autobiography that Barlow left little legacy at Derby or at Gloucestershire, where he had a spell as coach: “Young players… were fine while he was there but later appeared to wonder what they were doing in first-class cricket. It is possible that Barlow was too powerful a character, with a faith in his own ability that made it hard for him to understand more fragile egos.” 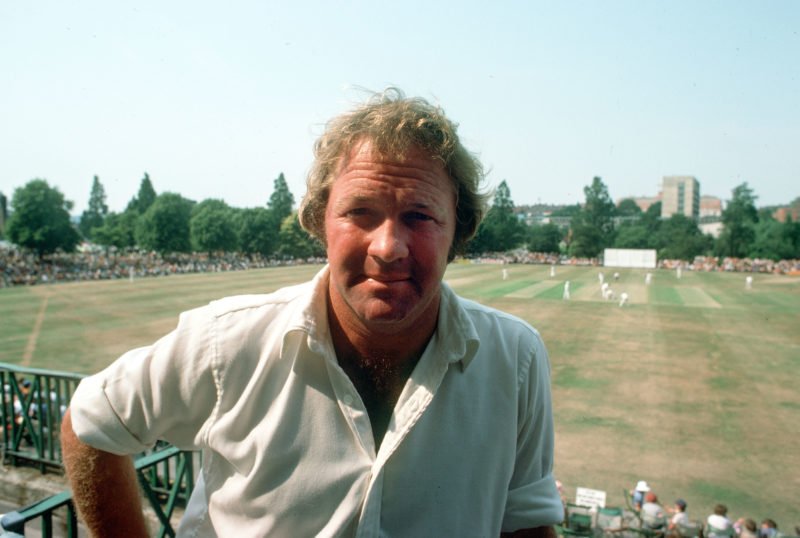 Barlow spent three seasons with Derbyshire between 1976 and 1978

Back home, he was more politically committed than other cricketers and came close to winning a parliamentary seat for the anti-apartheid Progressive Federal Party. But his rivalry with Bacher was not finished and, after retirement, he was persuaded to go to London as South Africa’s sporting ambassador, arguing for an end to the boycott even though apartheid was not yet abolished. This isolated him politically from the liberals who admired him, and geographically from developments back home. Some of Barlow’s friends saw this as a skilful manoeuvre on Bacher’s part.

He went back and bought a vineyard in the Free State without ever losing his restless ambition and enthusiasms: he came up with a ‘Three Plus Plan’ in the early 1990s, advocating that South African teams should score at more than three an over. In 1994 he was beaten to the national coaching job by Bob Woolmer. Five years later, he got the consolation prize of Bangladesh, and was just getting down to business when he suffered the first of several strokes and was confined to a wheelchair. Barlow moved to North Wales with his third wife, continued coaching youngsters and retained a friendly smile for everyone.

Mike Procter said Barlow “changed the face of South African cricket… Eddie was just so super-confident that it rubbed off on them.” And when Bacher named his all-time South African XI for his biographer, he made Barlow captain.