Donald Carr spent decades at the epicentre of English cricket in a wide variety of roles. This Wisden obituary revisits a remarkable career.

Donald Carr spent 40 years at the heart of English cricket, acquiring a CV that may never be matched. He was captain of Oxford University, Derbyshire and, on one occasion, England. He was assistant secretary of MCC, secretary of the Test and County Cricket Board and the Cricket Council, and manager of two England tours. He attended the infamous selection meeting in 1968 that sparked the D’Oliveira Affair, and faced Kerry Packer across the High Court in 1977. Few in cricket have been so close to so much for so long.

It wasn’t all plain sailing. In 1955/56, as captain of an MCC team in Pakistan, Carr was involved in a prank in which umpire Idris Baig was kidnapped and doused with buckets of water. A row ensued, and the tour was almost called off. Back home, Carr took the flak, though he emerged largely unscathed. “His reputation as a captain is such that he is better fitted than most to bear the blame,” wrote Michael Melford in The Daily Telegraph.

His long years as an administrator tended to overshadow his career as a fluent, attractive batsman, and a bold, popular leader. Strong on the cut and pull, he relished fast bowling; short and nimble, he was swift between the wickets, and a brilliant close catcher. For Derbyshire, he formed a predatory leg trap with Alan Revill and Derek Morgan for the in-swingers of Cliff Gladwin. He batted right-handed but bowled slow left-arm, orthodox at first, then a mixture of wrist-spin and chinamen. 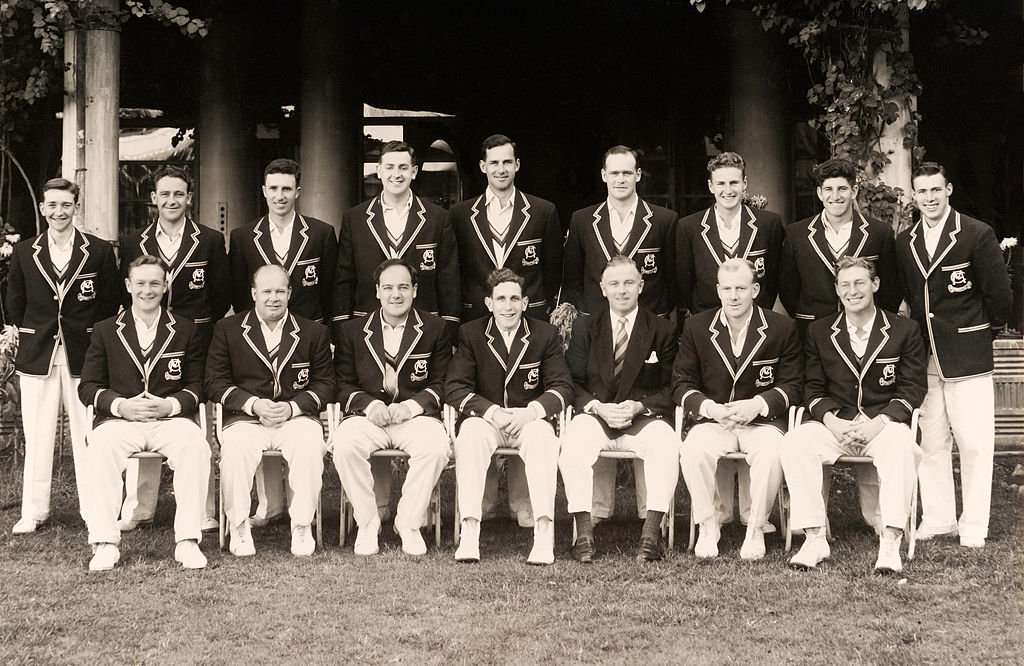 The MCC England team for the tour of Pakistan in 1955, for which Carr was captain

Carr was born in Germany, where his father was serving in the army, and spent four years in India before returning to England with his mother and two brothers. His early passion for cricket was fuelled by trips to watch Hampshire at Bournemouth. It was there, aged six, that the Essex fast bowler Ken Farnes took pity on him after he was manhandled to the back of a queue for autographs. Farnes led him to the visitors’ dressing-room, where Carr collected signatures and was given chocolates and orange squash.

His father left the army to become bursar at Repton School, establishing the family connection with Derbyshire. Donald captained Repton in 1944, and was selected to lead the Public Schools against a Lord’s XI in a match interrupted when a German V1 flying bomb exploded just outside the ground. The players and umpires lay prone, but the game soon resumed.

After Repton, Carr joined the army and was on camp in Kent one July morning in 1945 when he was called into the adjutant’s office and told he was needed at Lord’s to play for England in the Third Victory Test against the Australian Services. Carr joined two other teenagers making their first-class debuts, John Dewes and Luke White, in a team captained by 42-year-old Walter Hammond. “When I arrived in the dressing-room he looked straight through me,” Carr told Stephen Chalke in 2006. “I think he thought I was carrying someone else’s bag.”

“I loved India, The people were so delighted to see you. The history was fascinating. I even liked the smells and all the beastliness.”

Carr walked out to bat in gloomy light after Keith Miller had bowled Len Hutton for 104. “Good luck, kid,” said Miller, and bowled him third ball. That night the team went to a greyhound meeting at White City, with the three tyros placing Hammond’s bets. “I had to collect his winnings,” Carr recalled. “I think he got a couple of quid and gave me sixpence.”

He played for Derbyshire and Combined Services in 1946 but, after missing the following season because of an overseas posting, he left the army and went to Oxford in 1948. In the last of his three Varsity Matches, in 1951, he made 34 and 50 in a victory over a strong Cambridge side. He also won Blues for hockey and football, and was part of the Pegasus team that won two FA Amateur Cup finals at Wembley. Carr had not realised his full potential until 1949, when he passed 1,000 first-class runs.

After repeating the feat in 1950, and getting close in 1951, he was chosen as vice-captain to another amateur, Nigel Howard, in an under-strength England team to play five Tests in India. While Howard fretted constantly about his health, Carr relished returning to the country of his youth. “I loved India,” he said. “The people were so delighted to see you. The history was fascinating. I even liked the smells and all the beastliness.”

He made his debut in the first Test in Delhi, contributing 76 to a five-hour match-saving partnership of 158 with Allan Watkins, but was dropped for the next three games as Howard, though clearly out of his depth, resisted suggestions he should stand down. With England 1-0 up, Howard succumbed to a temperature before the final Test, at Madras, and Carr took over. It was a notable occasion: the death of King George VI was announced at tea on the first day, and India achieved their first Test victory, at the 25th attempt. There was little triumphalism. “They were all very polite to us,” said Carr. “They said the reason we had lost was because we were so upset that the King had died.”

Carr’s leadership qualities were not forgotten, and in 1955/56 he was asked to captain a youthful MCC A team on a hastily arranged tour of Pakistan. There were portents of what lay ahead at an early function, when Carr made a speech that included an anecdote about his former Oxford team-mate Abdul Hafeez Kardar, by now the Pakistan captain. Carr recalled how Kardar’s Oxford nickname, “the mystic of the East”, had been mistranslated as “the mistake of the East”. Kardar was unamused. 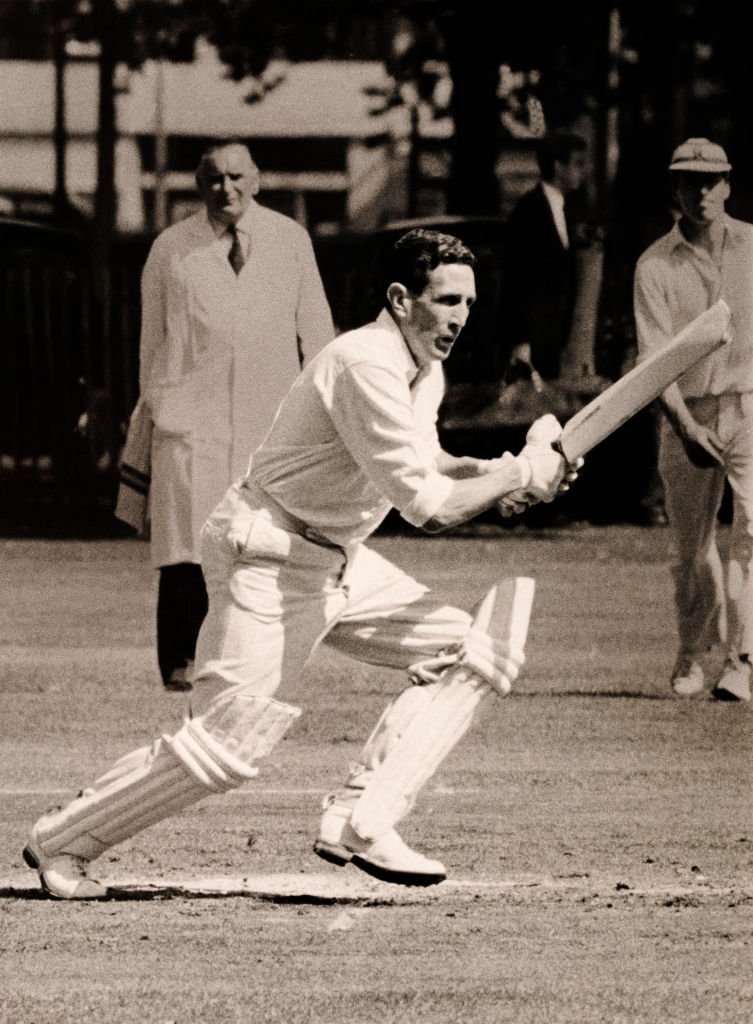 A veteran of 446 first-class matches, Donald Carr played two Tests for England, in 1951/52

Matters came to a head in Peshawar during the third representative match. Baig’s umpiring had rankled with the MCC players throughout the tour, and they were incensed by four leg-before decisions in their first innings. On the evening before the rest day, Carr was one of a posse of players who took a pony and trap to the umpire’s hotel, brought him back to their own, and soaked him with buckets of water in Billy Sutcliffe’s room.

Several eye-witnesses claimed Baig took it in good part – until two passing Pakistan players started laughing at him. Back at his hotel, and roused to outrage by Kardar, Baig’s view changed. Next morning he had his arm in a sling, claiming that it had been twisted behind his back and that he had been gagged. Carr was playing squash when tour manager Geoffrey Howard approached him: “I think we’ve got a problem.”

There were student demonstrations, troops despatched to protect the MCC tourists, and an exchange of telegrams between Karachi and St John’s Wood. Journalists Crawford White (News Chronicle) and Brian Chapman (Daily Mirror) made sure the story was kept to the fore at home; it achieved enough exposure for the comedian Tommy Trinder to joke about it on television. Carr called MCC secretary Ronny Aird to accept responsibility, but saw it as little more than youthful exuberance. “Quite honestly, when I look back on the Peshawar incident I think it was about the funniest thing I have ever seen in my life,” he told the MCC committee.

There was a happy postscript: in 1970, Carr managed an international team, which flew to Karachi to raise funds for victims of cyclones in East Pakistan. Baig was put in charge of the match and greeted Carr warmly. As they chatted, the Warwickshire seamer David Brown appeared behind his manager with a bucket of water, and asked: “Would this help?” Carr had become Derbyshire captain in 1955, and moulded them into an enterprising side. Sometimes, his keenness to make a game of it went too far for his team-mates – they once locked him in the dressing-room to prevent an early declaration against Worcestershire.

“Quite honestly, when I look back on the Peshawar incident I think it was about the funniest thing I have ever seen in my life,”

But he was popular. “He was equally at home having tea with the Duke and Duchess of Devonshire at Chatsworth House or drinking a pint in the miners’ welfare,” said one of his players. He was no soft touch, though. “He could be severe on people who were sloppy,” recalled Bob Taylor. “I remember being told off in no uncertain terms when my lobs back to the bowler fell short.” Carr led Derbyshire for eight seasons, and his best summer came in 1959, when he became their first player to score more than 2,000 runs in a season. He was named a Wisden Cricketer of the Year.

He became secretary of Derbyshire in 1960 and, after retiring as a player in 1962, assistant secretary of MCC. In August 1968, he was one of ten people at the meeting that resulted in Basil D’Oliveira’s omission from the England team to tour South Africa. Carr admitted he “probably” wrote the minutes, which have long been absent from MCC’s archives. Speaking to Rich Evans in 2007, Carr recalled: “I would say the original decision was made on the basis of cricketing ability, but it all looked so awful. I think I believed, or was talked into believing, that it was all on cricketing grounds.”

The tour was later cancelled after the South African government objected when D’Oliveira was called up as a replacement for Tom Cartwright. “I felt it had not been very well handled,” Carr admitted. In 1974, he moved from MCC to the new TCCB, where he formed a close alliance with chairman Doug Insole. Carr’s strengths as an administrator were those that had served him well as a captain. “He was extremely good with people,” Insole said. “As a former player, he had a good sense of what the game wanted. He was very popular around the world.” 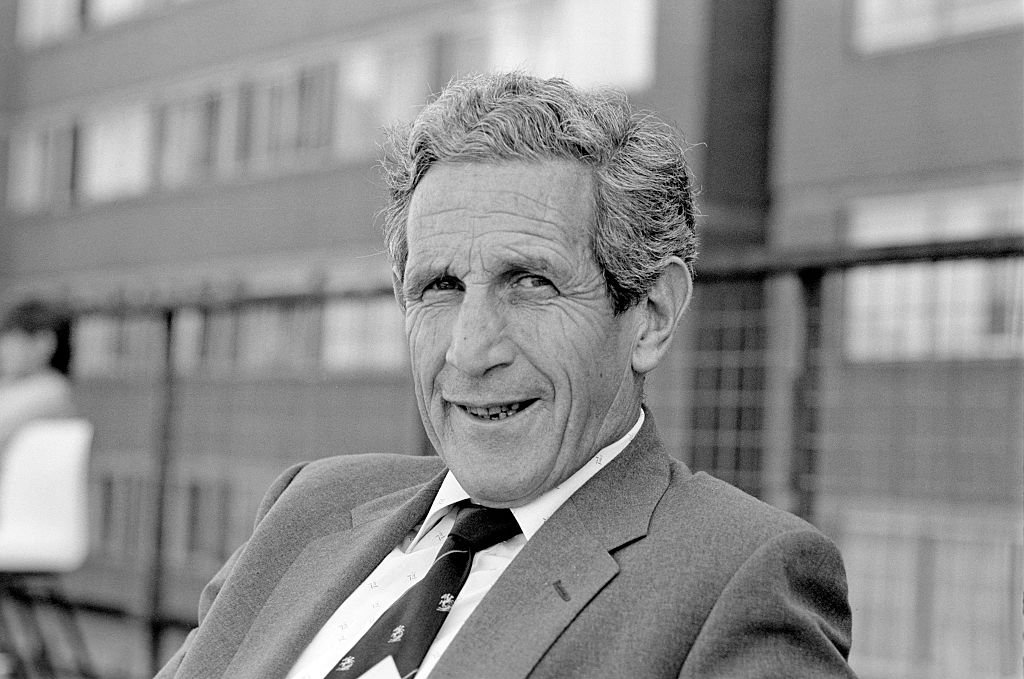 The pair were thrust into the spotlight in the summer of 1977, when Packer’s World Series Cricket divided the sport. Carr had to call Tony Greig and tell him he was being sacked as England captain. In Trinidad on the 1973-74 tour of the West Indies, Greig had provided one of Carr’s most testing moments as a tour manager, almost provoking a riot by running out Alvi Kallicharran in the First Test when he left his crease before time had been called at the end of the day. After three hours of talks, it was agreed England would withdraw the appeal.

Carr retired in 1986 and briefly served as an ICC match referee. His son John – who was born in a house adjoining Lord’s while his father worked for MCC – flourished as a prolific batsman for Middlesex, before following Donald’s example by becoming a prominent administrator. One of the senior Carr’s jobs at the TCCB was to police the written output of England players. His experience of dealing with Pakistani umpires proved useful in a conversation with Angela Patmore, ghostwriter of Mike Gatting’s autobiography. After reading the section dealing with Gatting’s row with Shakoor Rana, he told her: “We want Mike to play for England again, don’t we? What we would like is for you to write 2,000 words that are very bland.”

He also earned a rebuke in a Sun leading article in 1983 after he tried to block Ian Botham’s column: “We hope that Donald Duck has learnt his lesson,” the paper fumed. “This is a free country.”