Desmond Haynes formed one half of one of the great Test opening partnerships of all time. But it was for his exploits in county cricket that he was named a Wisden Cricketer of the Year in 1991.

The death of Wilf Slack in January 1989 left a void in the Middlesex team, both on and off the field. The acquisition of the West Indian opening batsman, Desmond Haynes, for the 1989 season undoubtedly filled the on-field vacancy, and it quickly became apparent that he was the ideal man to have in the dressing room as well. During 1989, Middlesex had a system of fines for such things as late arrival, or not wearing a blazer or tie, with John Emburey in charge of levying the fines. However, when he was away on Test-match duty – Middlesex at the time were playing two Championship matches at Uxbridge – Haynes took it upon himself to bring to book his colleagues’ misdemeanours. He did so with relish. He would be seen, lurking behind a pillar in the Uxbridge pavilion, waiting to leap out and surprise some unsuspecting young cricketer with the news that he owed a pound or two to the kitty.

It was not just the runs he scored, it was the way in which he scored them. Never slowly and always most attractively, without a slog in sight

This made it obvious that he was very much a part of the team, and he made no secret of the fact that his assimilation was made easier because of the West Indian members of the Middlesex side, most of whom he had met at some stage of his career. Emburey and Mike Gatting, of course, had been international opponents. He also found his introduction to county cricket made easier by virtue of the fact that the county was in the running for honours throughout the season. He thought that it would not have been quite so enjoyable playing for a county that was not in contention for at least one of the season’s titles.

That first season was a good, rather than outstanding, one for Haynes. He scored 1,446 first-class runs at an average of just over 45, and his three centuries included the first double-century of his career – 206 not out against Kent at Uxbridge. In the limited-overs competitions, he made a fine start, winning the Gold Award in a Benson and Hedges group match against Surrey on his debut for the county.

In addition, he was man of the match on his first appearance in the NatWest Bank Trophy, scoring 83 against Durham at Darlington. He failed to score in the second round of the NatWest, against Nottinghamshire at Uxbridge, but this was only one of five ducks in seven innings which followed the award of his county cap. He returned to form with 88 in the quarter-finals, 80 in the semi-finals and 50 in the final. The Sunday game was not quite so much to his liking and he passed 50 only twice in ten games. 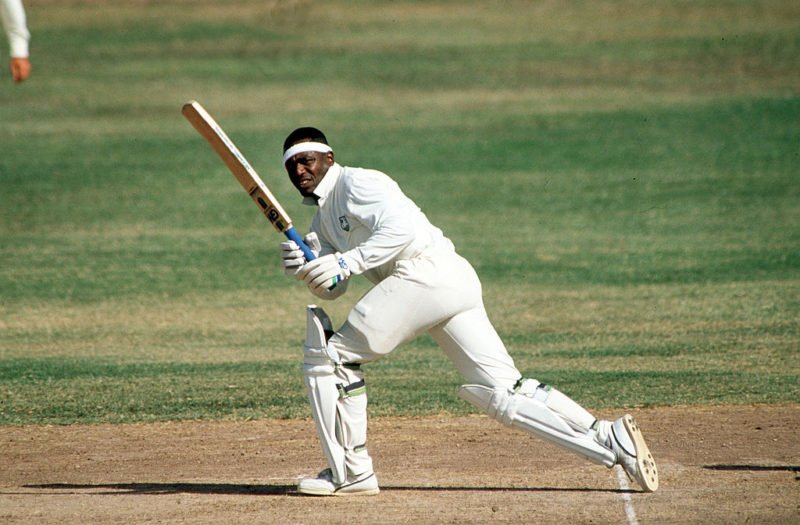 His avowed intention, at the end of 1989, was to score 2,000 first-class runs for Middlesex in 1990. He achieved that target with plenty to spare in what was an outstanding season. It culminated in Middlesex winning the County Championship and his being named both the Britannic Assurance and Nixdorf Middlesex Player of the Year.

Desmond Leo Haynes was born in the Holders Hill district of Barbados on February 15, 1956, the eldest of three brothers. There was no cricket-playing tradition in his family but, “Everyone in the area played cricket, and it’s still very strong in high schools in the West Indies”. He played in the Barbados Under-15 schools competition and made his first-class debut for Barbados in January 1977. The following season, against Australia, came his first Test appearance for West Indies, and he has represented them nearly 100 times in Tests, as well as appearing in more than 170 limited-overs internationals.

His opening partnership with Gordon Greenidge has left all others in its wake, and with Haynes showing no lessening of his skills or his enthusiasm in his mid-30s, there seems no reason why his international career should not continue for some years. Last winter, in the absence of Viv Richards, he captained West Indies in Pakistan and drew favourable comments for the way he led the side on a difficult tour.

Ask any Middlesex supporter, and you would get an unhesitating vote of confidence in Desmond Haynes

He was one of many batsmen to take full advantage of last year’s conditions, which were so much in favour of the bat, but he is realistic enough to accept that the ideal is somewhere between 1989 and 1990 in terms of which ball should be used in English cricket. He certainly started 1990 with a bang. Barely off the plane, he scored 107 not out on the first Sunday of the season at Old Trafford, won Gold Awards in the first two Benson and Hedges matches (80 against Minor Counties and 131 at Hove), and also hit 116 in the second innings of Middlesex’s opening Championship match, against Essex at Lord’s.

Before the end of April, he had scored 358 runs in five innings in the three competitions. He was to score five more half-centuries in the Refuge Assurance League and one more in the cup, 75 not out and 149 not out in the NatWest Trophy and, most important for Middlesex, 2,036 Championship runs at an average of 63.62. Besides two hundreds in the match against the New Zealanders at Lord’s, he hit six Championship hundreds, two of them, against Essex and Sussex, unbeaten double-centuries. He passed 50 on a further seven occasions and was consistency itself.

But it was not just the runs he scored, it was the way in which he scored them. Never slowly and always most attractively, without a slog in sight. His cover driving, a combination of timing and barely evident power, remained in the mind’s eye as a particular adornment of his batting. He was a most enthusiastic fielder and even took a couple of Championship wickets, as well as providing several useful spells of bowling in the limited-overs game. 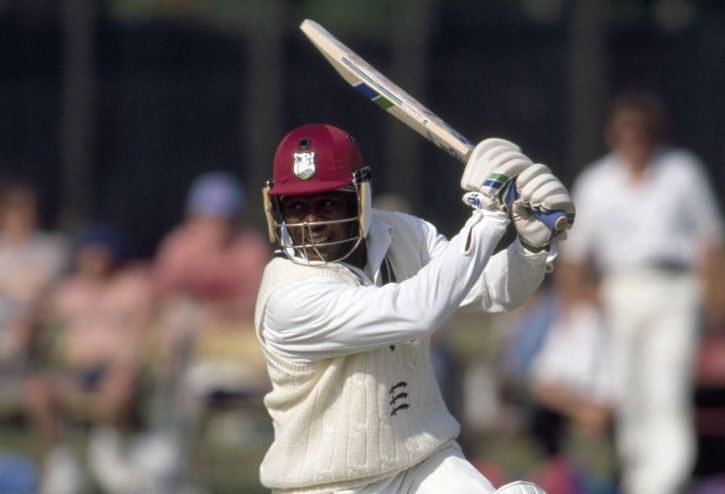 He wished he had played county cricket some years ago. “I would have liked to have come to it a bit earlier, but most counties are looking for an overseas fast bowler rather than a batsman. Gordon [Greenidge] was a different case. He grew up over here and he was also playing at a time when counties could use more overseas players.”

Desmond Haynes has a high regard for his Middlesex team-mates. “There is a very good attitude, particularly on the part of the younger players such as Mark Ramprakash and Mike Roseberry. Keith Brown doesn’t get the credit he deserves, and I would single him out for special mention. He is reliable, difficult to get out and always seems to be able to play the right sort of innings for the situation.”

His Middlesex colleagues all spoke in glowing terms of their West Indian opening batsman, not only with regard to the runs he scored, but to his readiness to offer help and advice without having to be asked. Yet, at the end of last season, there was some doubt as to whether the Middlesex committee would offer him a new contract for 1992, after the West Indies tour in 1991. Ask any Middlesex supporter, however, and you would get an unhesitating vote of confidence in Desmond Haynes, as well as the fervent hope that he would be playing for the county once again.