Derek Shackleton was one of those giants of county cricket who never quite made it at international level. His Wisden Cricketers’ Almanack obituary in 2008 celebrated a career of remarkable longevity.

Derek Shackleton was one of the most admired cricketers of his generation. Along with Tom Cartwright and Les Jackson, who also both died in 2007, “Shack” left his contemporaries awestruck, opposing batsmen mesmerised and Test selectors almost completely cold. They played 14 Tests between them; Shackleton’s share was seven, and he took 18 wickets at 42.66. In all first-class cricket, though, he took 2,857 wickets, a figure surpassed by only seven men in history, at 18.65.

Of these, 2,669 were for Hampshire, with whom his name will be forever inextricably linked. Normally eloquent men struggle for original words to describe his success. They tend to get repetitive, like Shackleton himself. Of the 159,043 balls he delivered in first-class cricket, the overwhelming majority landed precisely where he intended, which was normally on line just back of a length. John Arlott put it best: “shrewdly varied and utterly accurate medium-pace bowling beating down as unremittingly as February rain”.

Shackleton came from the strange Pennine border town of Todmorden; he grew up thinking he was a Lancastrian, though technically he was qualified for Yorkshire. He was called up in 1943, but the army quickly discovered he had a serious problem in his left eye (which never left him and made his career even more of a wonder). He was obliged to join the Pioneer Corps, who were in harm’s way without actually fighting. Just before demob in 1947, he met the Hampshire coach Sam Staples, who invited him for a trial. Staples thought here was a batsman who bowled the odd leg-break; Shackleton thought the same. 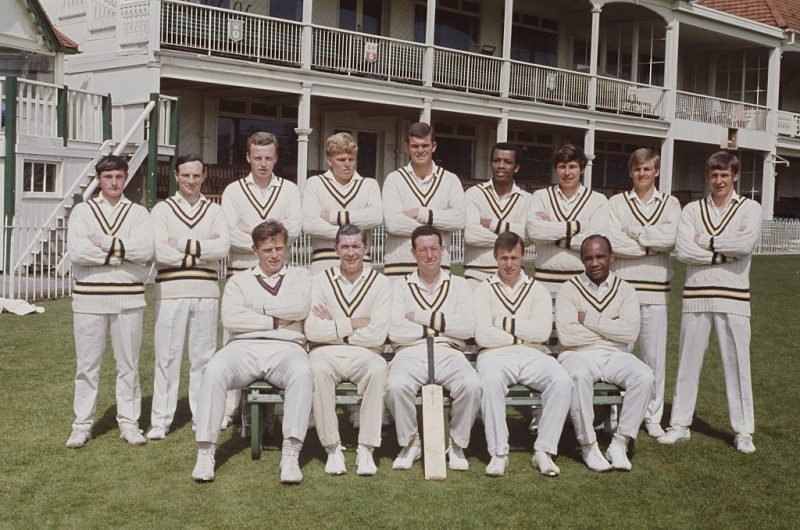 But Hampshire were desperately short of fast bowling and the chairman, WK Pearce, issued an edict that everyone should try to bowl fast in the nets. The club realised at once they had discovered a natural. He started modestly, and indeed was generally underbowled. But in 1949 he took 100 wickets (as he would do for 20 successive seasons) and came within 86 runs of achieving the double (a feat he would never even threaten again). All around the circuit went news that Hampshire had a special bowler; what no one ever discovered was a reliable way of combating him. In 1950 England responded to their earth-shaking defeat against West Indies at Lord’s by bringing in Shackleton to open the bowling at Trent Bridge. He actually top-scored with 42 in the first innings as England battled from 25-4 to 223, but he took only one wicket, as Frank Worrell staged his most astonishing onslaught, and England crashed again.

Related Story: Cork: England should have ‘one hundred per cent’ picked Anderson for second Test

The selectors responded by making eight changes. Shackleton reappeared against South Africa at The Oval in 1951 when he was largely redundant on a turning pitch, and was chosen for the weakened MCC party that toured the subcontinent that winter; he was the leading wicket-taker on the tour, with 51, but played in only one Test, the first. Wisden commented: “His well-controlled late swing worried a number of sides but he seldom upset the better-class batsmen.” England then ignored him for more than 11 years.

That Wisden judgment framed the terms of the debate that would recur on every ground in England throughout Shackleton’s career, and afterwards. It was said he was not quick enough, that the best batsmen could find him out; that his success was due to uncovered wickets; that he had no Plan B if a batsman got after him. But he regularly tied down and dismissed the top players; he was as successful in dry summers as wet ones, and the occasions anyone took him on were so rare Plan B grew dusty with disuse. 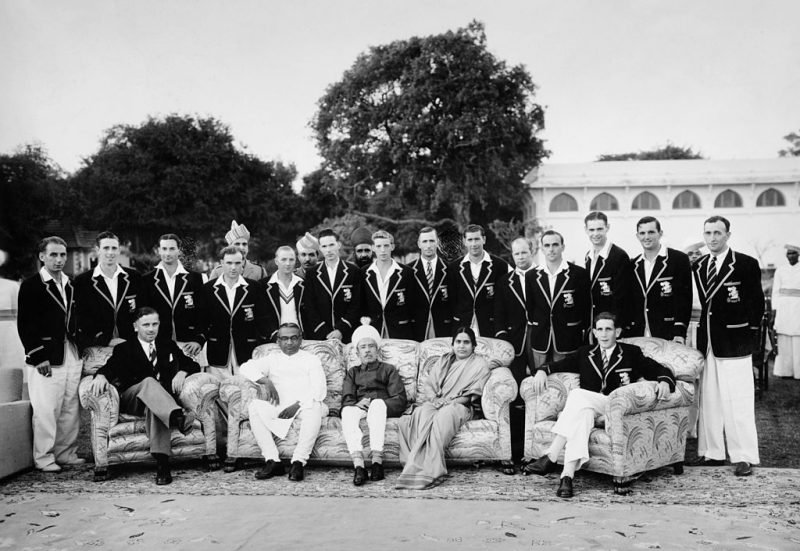 Derek Shackleton (standing, sixth from right) toured India with the MCC squad in 1951

Fred Trueman did it once during a run-chase at Bradford in 1958, when Shackleton went for 64 in seven overs, an event unexpected enough to render it unforgettable. Year after year Shackleton put the ball where he chose, with the subtlest variations in pace, length and movement, and everyone succumbed: Tom Graveney 14 times, Colin Cowdrey 13 and Peter May five times, once with a magic delivery at Guildford in 1958 when May was probably the world’s No. 1 batsman. “Everything went up in the air,” Shack happily recalled, “his head, the bat, the lot.”

No one could explain quite how it was done, least of all the man himself. When the young Bob Cottam joined him in the Hampshire team, he asked Shack how he gripped the ball. “He couldn’t explain at all. He had these long fingers, naturally apart. The ball just looked part of him. He’d probably never had to think about it.” This was a very different approach from that of Cartwright, with his questing mind. Indeed, there was something rather other-worldly about Shackleton: never a hair out of place, never a stain on his flannels (Cottam once saw him take a return catch, landing on his elbows) and hardly ever an injury in 22 years.

If it ever got boring, that ceased when Colin Ingleby-Mackenzie became captain in 1958. The Trueman onslaught came in Ingleby’s first match as full-time captain after the first of many unusual declarations – “I was amazed Shack ever spoke to me again,” he said later. But as the captaincy developed, and Hampshire began their historic assault on the Championship in 1961, the two were the essential foils for each other – the gambler and the straight man.

Once, he took Malcolm Heath aside, and bowled three successive balls which hit off, middle, leg. “I’ve seen everything now,” said Heath. “No, you haven’t,” Shack said, and did the trick in reverse.

Shack only drank halves, and never bet; in that roistering team of winners, he was like the nightclub accountant – somewhat out of place but crucial to the business. He bowled 1,511 overs that summer, took 158 wickets and rolled Derbyshire over with 6-39 at Bournemouth to secure the famous, crucial victory. The following season, he bowled even more and took more wickets (172) than ever. A year later, as he approached his 39th birthday, the selectors finally caved in: he was preferred to Brian Statham for the Lord’s Test – the epic draw when Cowdrey went out to bat with a broken arm. Shackleton had finished West Indies’ first innings with three wickets in four balls, and this time he kept his place for the rest of the series. 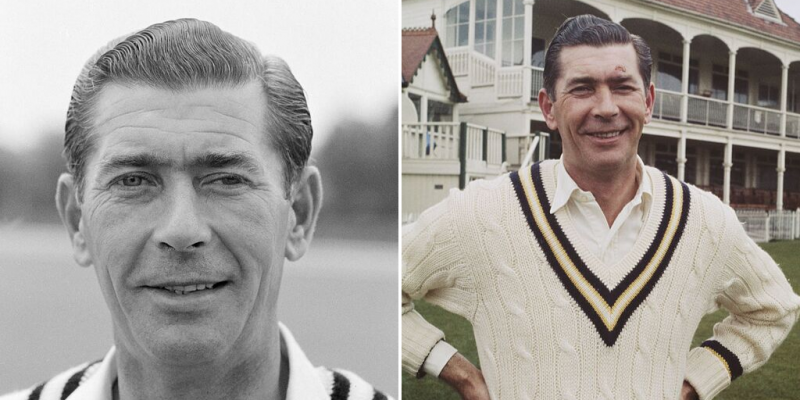 Derek Shackleton regularly tied down and dismissed the top players

The 1963 West Indians were one of the most intimidating batting teams in history, but Shackleton took 15 wickets and conceded little more than two an over. There was no long-term future in this, though, and he returned to county cricket. His decline was barely perceptible. At Westcliff in 1968, there was a valley on a Shack length across the pitch: Essex 95 all out. At Bath that summer, he bowled three balls down the leg side to Roy Virgin at the start of the Somerset innings then complained the stumps were out of alignment. No one else could see it. Shack was right, of course. In the nets, once he took Malcolm Heath aside, then bowled three successive balls which hit off, middle, leg. “I’ve seen everything now,” said Heath. “No, you haven’t,” Shack said, then he did the trick in reverse.

On retiring, he coached at Canford School, and spent three years on the first-class umpires’ list, where he was curiously unsuccessful, struggling with the Laws and even the signals. His son Julian had an unremarkable career for Gloucestershire in the 1970s. Shackleton’s last illness was long and difficult, but phlegmatic endurance was his greatest strength.