The death of Denis Compton robbed English cricket of its most charismatic character. He was remembered by a distinguished former team-mate in the 1998 Wisden Cricketers’ Almanack.

Denis Compton’s death in April 1997 touched a chord with many people who never knew him. They instinctively realised that for someone who lived a full and disorganised life, seldom out of the public gaze, he was a wonderfully simple and friendly character. What was surprising was that behind the apparently happy-go-lucky, serene temperament lurked an apprehensive soul, racked with big-occasion nerves as he waited to go in to bat.

I found this a real consolation, for it showed his human touch. Every top sportsman has butterflies in his tummy when faced with important challenges, but I had never expected him to look so agitated. When I first batted with him in Australia, it was this simple, unashamed expression of nerves – the enchanting smile never far away – that immediately warmed me to him.

It was the smile rather than the nerves that came through to the public. Everyone could also see his breathtaking genius for producing the unexpected and his exceptional gifts of touch and timing – at any ball game. He was so quick on his feet and could move yards down the wicket, sometimes before the bowler had let go of the ball, and get away with it.

He piloted the ball through gaps in the field with an effortless ease, the bat ringing with a mellow sound. Fielders watched helplessly whilst bowlers tried to curb their temper. But at the same time his technique was sound and his defence correct; he had the straightest bat in the team, and watched the ball closely on to it. Only when a fast bowler dropped the ball short would we see the power in his strong right hand. But it was the timing and fleetness of foot, the lock of hair flopping down over his perspiring brow, that entranced his army of followers.

The modesty of the man also came through. I was a 15-year-old schoolboy when I saw him play for the first time. I shall never forget the innings he played, nor his charm as he gave time afterwards signing my autograph book. Little did I realise we would be playing Tests together less than seven years later, and sharing a memorable partnership at Adelaide in the match when we retained the Ashes. 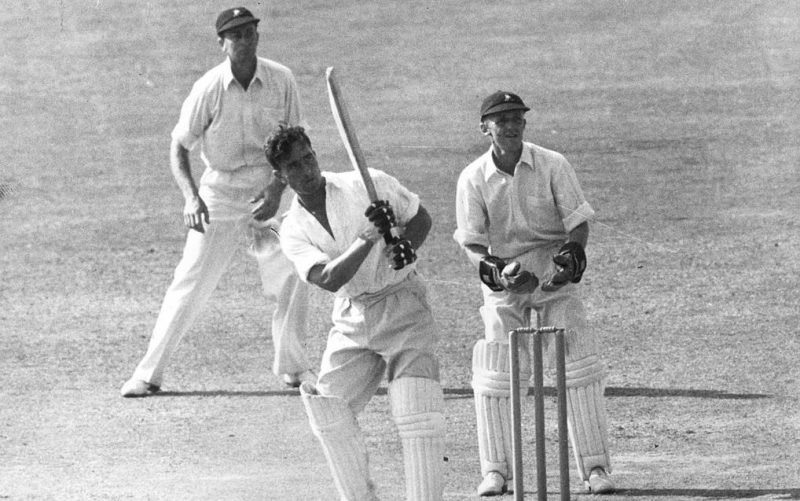 A few months after that, he was batting against South Africa in 1955 at Old Trafford. With a borrowed old Gunn & Moore belonging to Freddie Titmus, he scored 158 in the first innings, but an even more brilliant 71 in the second. Hugh Tayfield, the most accurate of off-spinners, would never forget it. He maintained that he bowled the perfect over: every ball on the same spot as planned. Denis pushed the first one back down the wicket, and then proceeded to dispatch the next five balls for four to five different parts of Old Trafford. The crowd rose to him, leaving Denis to shake hands with the bowler before he hid himself away at long leg.

But Denis also had the gift of making anyone who batted with him feel better. “You will have to teach me that shot, young Colin,” he shouted to me in our first big innings together. “How did you learn that one?” It did wonders for my morale and confidence. 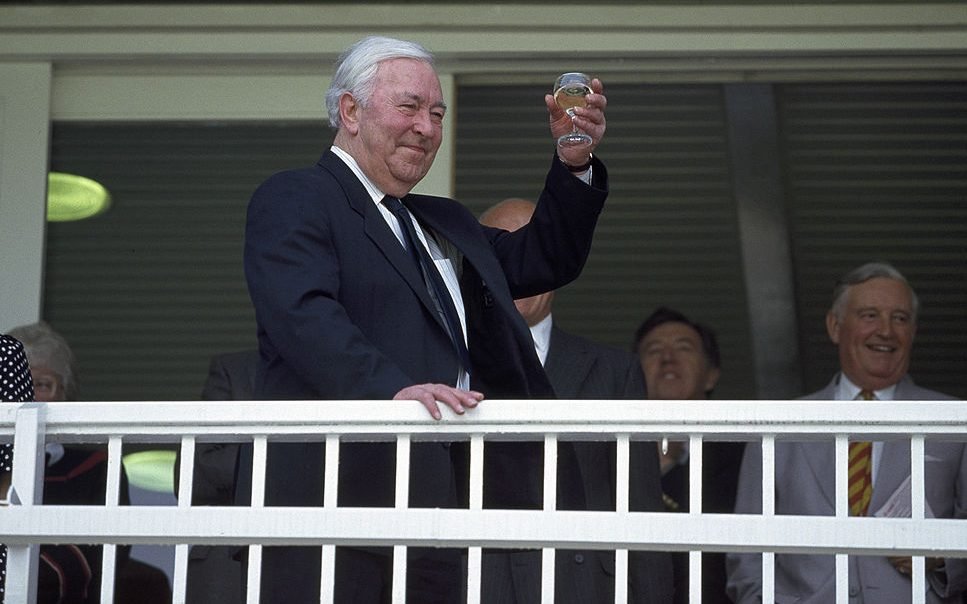 Denis Compton acknowledges the crowd at Lord’s in 1993

John Warr, in his superb address at Westminster Abbey at the Service of Thanksgiving for Denis’s life, referred to his famously bad running between the wickets: Denis called you for a run, and shouted a despairing ‘Good luck’ as you hurried by. Happily, I never experienced this first-hand. My only problems were off the field: thanks to alphabetical order, we often shared hotel rooms or adjoining pegs in dressing-rooms. Denis would start a match, or indeed a tour, with very little clothing. I would have to fill the gaps. But he borrowed them all in such a delightful way that it was very hard to ask for them back.

He never could find the time to write letters, or keep a diary of engagements. He received an enormous pile of mail every day, and he relied on a few of us to keep it all in good order. In this way, he was something of an eccentric, but everyone seemed to make allowances for him. The same with his idea of practice and preparation for the big match. There was no gain from interfering with his natural pattern. If it was his day, he could set the team on the path to victory.

Denis would have thrived in any era. I am certain he would have coped with the fast short-pitched bowling of the modern age as well as anyone. And he would have been one of the greatest one-day batsmen, such was his relish for a challenge and his skill at innovation. And he would have enjoyed it all so much. This was at the heart of Denis Compton, the cricketer of exceptional charm.

Colin Cowdrey, played 114 Tests for England, 11 of them alongside Denis Compton.