Over the course of his 14-year international career, David Gower established himself as one of England’s greatest ever batsmen. After Gower called time on his playing career, Martin Johnson paid this tribute to him in the 1994 Wisden Cricketers’ Almanack.

In the spring of 1975, as was my custom in those days, as cricket correspondent of the Leicester Mercury, I turned up to one of Leicestershire’s pre-season training sessions to welcome back familiar faces and say hello to one or two unfamiliar ones.

Sitting on a bench waiting to take part in a five-a-side football game was a blond, curly-headed young lad I had not seen before. “Hi there, David Gower,” he responded to my introduction, and then in reply to the inevitable follow-up of “what do you do?” he said, “I, um, bat.” 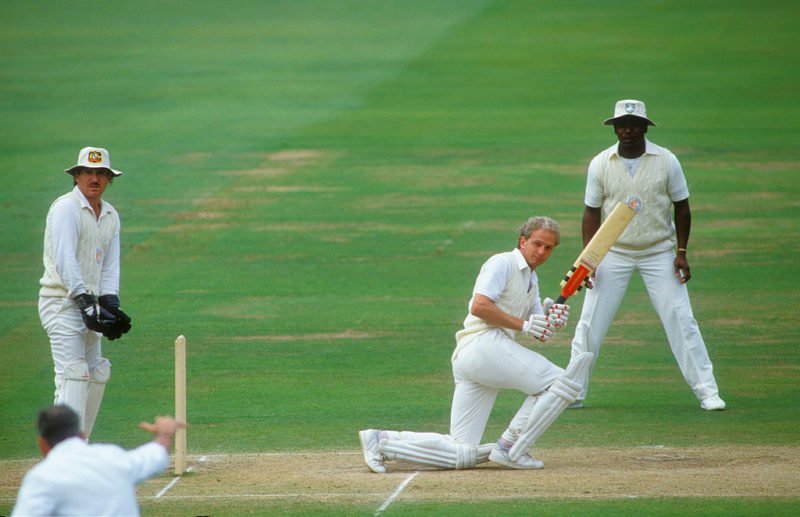 “I, um, bat” – a gross understatement

In November 1993, when he announced his retirement from cricket at the age of 36, I thought to myself: “I, um, bat.” In retrospect, it was like Michelangelo saying that he dabbled in ceilings, or Mozart that he rattled off the odd tune. Gower’s batting was the stuff of poetry, and enriched the lives of those who were privileged to watch him. Following, as it did, the summer retirements of Ian Botham and Viv Richards, his exit represented the completion of one of cricket’s nastier hat-tricks, and cricket will be a poorer game for their passing.

However, what made Gower’s departure the saddest of all is that, unlike the other two, he was some way short of his sell-by date. Furthermore, it is a matter more of anger than sadness that he was prematurely lost to the game by the fact that the England cricket team had come to regard genius with suspicion, and substituted the ethos that graft was now preferable to craft and perspiration to inspiration.

If Beethoven had been employed by the Test and County Cricket Board, he would have been pensioned off with the reference: “It’s all very well coming out with a concerto every now and again, but we’d have employed him for a good deal longer if the wretched boy had practised his scales more often.” 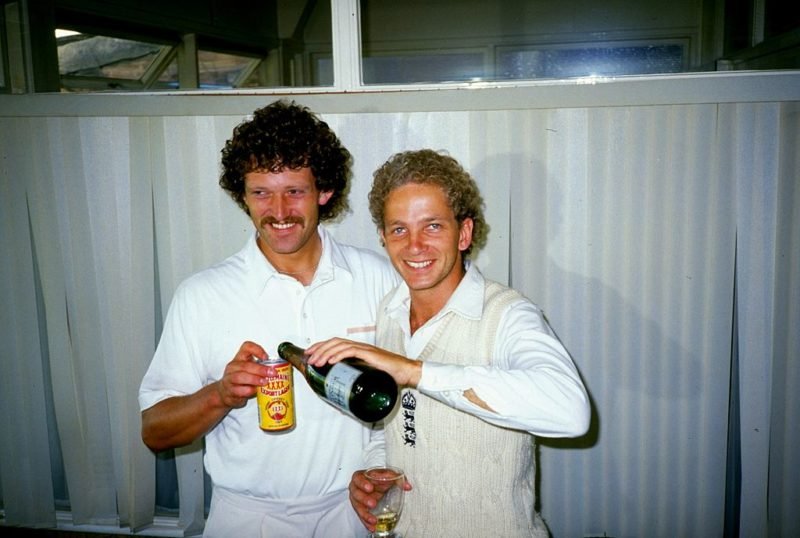 Gower’s 117 Test matches remain a record for England. But with more sympathetic handling, he might have played many more, and would probably have been adding to his total – and to our own enjoyment – at least until his 40th birthday in April 1997. However, he ultimately became an anachronism in a joyless era of sprints and press-ups.

Latterly this failure to accommodate a class batsman and a true entertainer was a betrayal of cricket’s essential romance, and one of the sadder legacies of an era in which the professional game found itself hijacked by marketing men in grey suits.

During the course of a career that spanned 19 summers, Gower collected a good many medals and gongs around the world, but the proudest possession on his mantelpiece at home is a trophy from a national newspaper that does not, on the face of it, mean very much, neither was it accompanied by any financial reward. It is a plaque inscribed with the words: For Fun, Style and Excellence, which was a perfect way of summing up both his philosophy and his career.

Cricket, even in the high-voltage atmosphere of modern Test matches, was never without fun while Gower was at the crease. Even those who claim he never made the fullest use of his talents would admit to an inimitable style, and you do not score 8,231 Test runs at an average of 44.25 without excelling at the game.

His first mentor at Leicester was Raymond Illingworth, a blunt Yorkshireman not much given to frivolity. Yet Illingworth recognised very early one of cricket’s essential truisms. Change the man, and you change the cricketer. He had the occasional half-hearted stab, such as delivering a stern lecture over what he regarded as dress just the wrong side of acceptably casual during one away trip, whereupon Gower came down for breakfast next morning attired in full evening dress. Slightly suspicious, given the young Gower’s already blossoming reputation as a bon viveur, Illingworth spluttered: “Bloody hell, Gower. Have you just come in?” 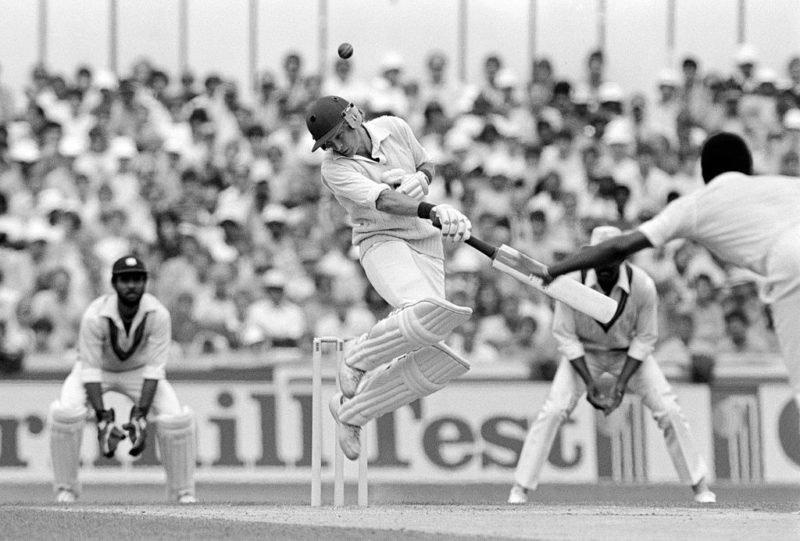 Gower on the receiving end of a Malcolm Marshall bouncer, 1984

In a different context, the words “Gower’s just come in” emptied bars in cricket grounds all around the world. Often they would be filled again soon enough, perhaps after one of those cameos in which Gower’s entire career could be captured in a single over. A couple of sumptuous cover drives for four, a languid pull to the mid-wicket boundary, two leaden-footed air shots, and finally the seemingly careless snick to gully.

However, he also played innings of prolonged genius and, occasionally, just to remind his detractors, he would get his head down and graft with every bit as single-minded a purpose as the England captain who finally gave up on him, Graham Gooch. He was rarely predictable.

James Whitaker recalled batting with him in a county game at Old Trafford when the West Indian, Patrick Patterson, was bowling particularly quickly and Gower three times in an over almost gave his wicket away with rash shots. Junior man or not, Whitaker felt obliged to snort that it was not a benefit match, and such was the lack of reaction he wondered whether Gower had heard him. He had. In Patterson’s next over Gower struck four magical boundaries, sauntered up the wicket, and with a deadpan delivery said: “Was that a bit better, then?” 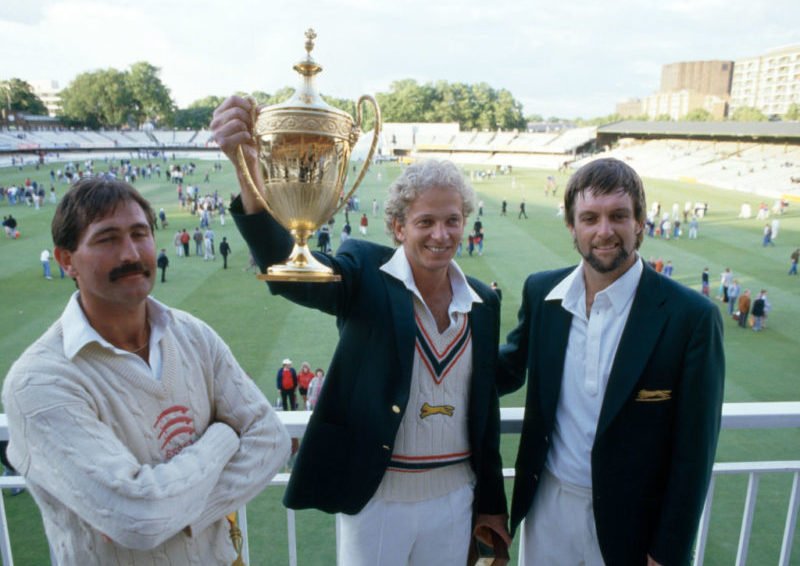 Following Gower’s dismissal after his second term as England captain in 1989, the new man, Gooch, was happier without him on that winter’s tour to the West Indies. But it was in Australia the following winter that Gooch, who admired Gower as a player as much as anyone, formed the terminal view of his commitment. In the 1990-91 Adelaide Test he watched from the non-striker’s end as Gower, wafting carelessly at the last ball before lunch, fell into an Australian trap so obvious that the ball was almost delivered by registered post.

This followed an aerial prank during the match against Queensland at Carrara, when Gower and John Morris nipped out during play, hired a couple of Tiger Moths from the airfield across the road, and buzzed the ground. When the management found out, Gower and Morris were fined £1,000 each, a punishment some way out of proportion to the crime, and probably owing much to pique about Gower stealing the headlines from one of the few England victories on a miserable tour.

From that point, Gooch never wavered from his view that Gower was a luxury item on tour, non-conducive to team discipline, which is why he helped make sure Gower was not picked for the 1992/93 tour to India despite his class performances (one of them an innings of stoical self-denial to save the game at Headingley) in two of the final three Tests of the previous summer against Pakistan. 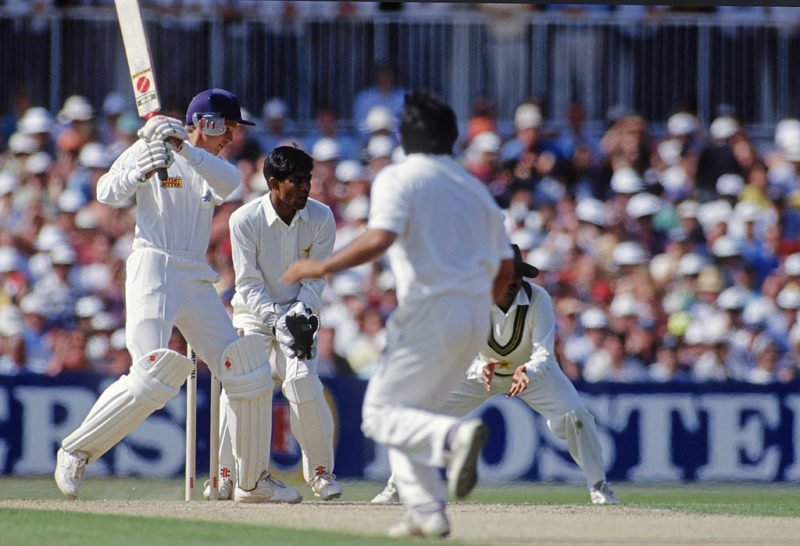 Gower batting in his final Test, against Pakistan at the Oval, 1992

Gower was not selected against Australia the following summer, even when England were losing 4-0. And when, under the new captain Mike Atherton, he was left out of the tour to the West Indies, he decided that playing on for Hampshire was not sufficient motivation to resist offers of full-time media employment.

He was comfortably the most treasured English cricketer of his generation, and possibly the most treasured ever. This puzzled even him (Gower at least recognised one or two of his more frustrating traits) but it may not have been unconnected to the Englishman’s innate suspicion of perfection, plus his almost complete lack of ego.

His inherently lazy nature made him an indifferent captain, particularly at county level, where the fact that he was largely an instinctive player made it difficult for him to sympathise with and offer advice to individuals; and by his own admission he lost touch too often when away on Test duty.

As a Test captain, he shone most brightly on the 1984-85 tour to India, where his bright, positive outlook rubbed off on the team in uncomfortable surroundings. Gower was tactically uninspiring, although he never wavered in his belief that Test players were good enough not to require the sergeant-majorish treatment that he latterly perceived from Gooch and the team manager, Micky Stewart.

When he started his career, he was a shy lad who liked the occasional glass of house wine. When he finished, he was an extrovert imbiber of vintage champagne. However, the reason he was loved, as well as admired, is that he finished with as few airs and graces as he had when he began – except in his batting, which was graceful to the last.