The arrival of David Gower as a Test player in 1978 was a breath of fresh air to the English game. Wisden wasted no time in making him a Cricketer of the Year in 1979.

The sun scarcely graced the English cricket scene with its presence in 1978, but when it did it seemed to adorn the blond head of David Gower. The young Leicestershire left-hander could do little wrong. He typified a new, precocious breed of stroke-players, imperious and exciting, who added colour and glamour to an otherwise bedraggled English summer. Plucked, to his astonishment, from Grace Road to play for MCC in their early-season showcase for maturing talent, Gower went on to make runs in one-day internationals and Tests almost as of right, becoming the youngest batsman to make a hundred for England since Peter May.

Had all this been combined with helping Kent to cut a controversial swathe through the land as they lifted two trophies, the image would have been complete, for David Ivon Gower was born in that county, in Turnbridge Wells, on April 1, 1957. Leicestershire’s secretary-manager Michael Turner has never disguised his astonishment and delight that when he wrote to Kent for permission to offer terms to Gower, it was unhesitatingly granted.

Gower spent his early years in Tanganyika, as it then was, where his father was in the Colonial Service. He came home at the age of six to attend Marlborough House preparatory school at Hawkhurst, Kent. The Leicestershire connection began two years later when his father, after turning down a post in Eastbourne (thus are the fortunes of the counties affected), became registrar of Loughborough Colleges and young Gower was educated for a time in Quorn before moving to King’s School, Canterbury.

It was there that his cricketing skills began to emerge, although he is not aware that at that stage he was singled out for special coaching or in any way earmarked for a cricketing career. He played for the first XI for three years, making two centuries in his last season, and it was hereabouts that a perspicacious opponent, who he thinks was playing for Stragglers of Asia, noted his ability and wrote to Leicestershire. 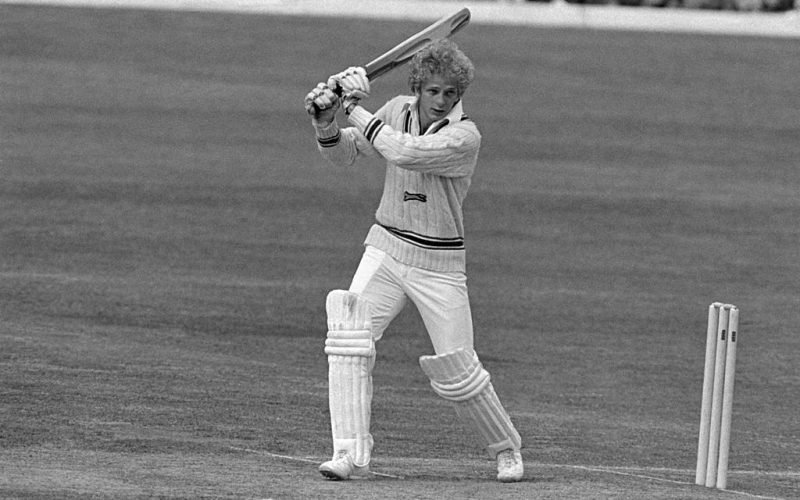 In the holidays he played a handful of second team and under-25 matches for the county, but when he left school he had no clear idea of what lay ahead. Oxford University turned him down but, with eight O-levels and three A-levels, he was able to gain a place at University College, London, where he read law. In 1975, three Championship appearances and six John Player League games made his name just a little more familiar to the Grace Road public.

Even then, he made no conscious decision to make a career out of cricket. “I think I just drifted into it,” he recalls. “People were advising me to go to university and get some kind of a career behind me, but I was bored by a lot of the law course. At the back of my mind I always felt I could go back to it if I failed as a cricketer, and this no doubt made it a bit easier for me when I joined Leicestershire. Certainly I was never conscious of being under any pressure to succeed.”

“Outwardly, and especially as he strides to the middle in a Test match, Gower appears to take it all with a calm beyond his years”

Tours of South Africa with the English Schools and West Indies with the England Young Cricketers eased his transition from second eleven to Championship cricket. He is also quick to point out the immense amount of help he has had from Leicestershire. “I didn’t have one specific coach, but players like Ray Illingworth, Mick Norman, Jack Birkenshaw, Roger Tolchard, and Ken Higgs all gave me tremendous encouragement and advice. I suppose I was also lucky because Leicestershire, under Illingworth, were an easy side to come into as a youngster. I can think of some counties where I would have found the going much tougher.”

Now, of course, the mantle of cricket’s golden boy slips easily over Gower’s lithe shoulders. One can imagine many gnarled old professionals who would like to be restarting their careers in this age of sponsorship and handsome pay cheques. Outwardly, and especially as he strides to the middle in a Test match, Gower appears to take it all with a calm beyond his years. But the admits that there is quite a lot more going on underneath. 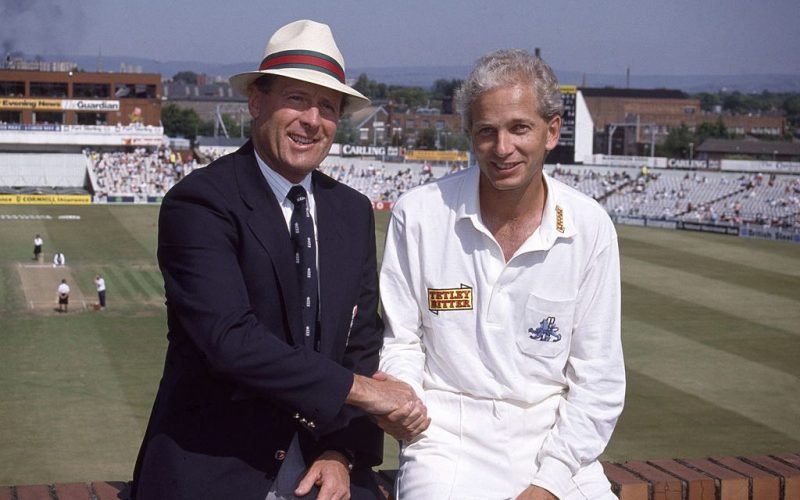 “Oh, yes, there is bit of tension and a bit of self-doubt, just like anyone else,” he says. “You always wonder what the first ball will bring. I remember making a century in the Prudential Trophy against Pakistan and not really being conscious of the occasion, but it suddenly hit me when I was due to go in the Edgbaston Test match.”

I suddenly said to myself, ‘Hang on, this is a Test match. You must get the old feet moving… you don’t want to freeze out there.’ So I hooked the first ball for four and thought ‘Heavens, what have I done? It could have gone anywhere. Suppose I had been caught?’ Surprisingly, you may think, I do not regard that as the ideal way to start an innings. I much prefer to begin slowly. That when I think I’m more likely to make runs.” 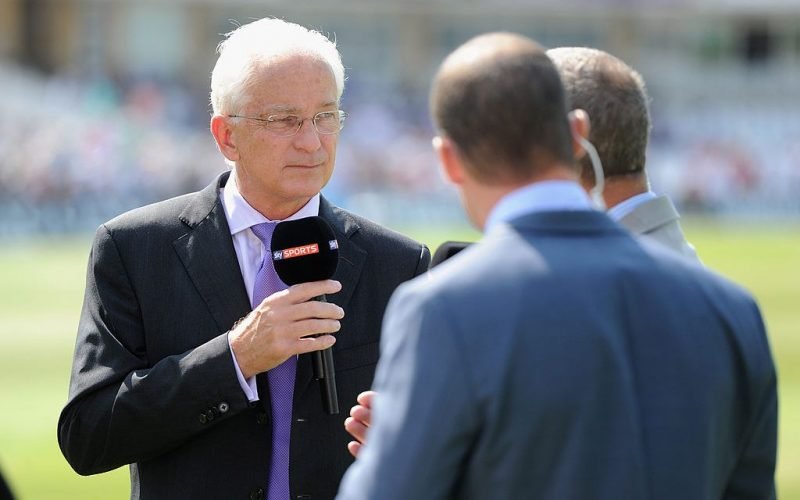 He is modestly aware of the golden boy image, especially after his dazzling century against New Zealand in The Oval Test last year. “Yes, I am a bit conscious that people have this idea of me, that they expect me to take attacks to pieces. I know they expect a lot, but this doesn’t worry me. If anything, it can only make me more responsible because I am a bit surprised, as well as grateful, to find myself in Test cricket so soon.”

Gower talks frankly of his struggle to make runs in 1977; partly, he supposes, because he was still learning to vary his game from wicket to wicket. He regards his introduction to the Test arena as a gentle one (The only two bowlers to worry about last year were Sarfraz and Hadlee) and he dissects his own performances, good or bad, clinically and honestly.

He is aware, for instance of a possible weakness outside off stump. “Well, that’s what they all talk about,” he says, without actually revealing who they are. “But I also get a lot of runs there, so there is no question of eliminating strokes. Maybe it’s a case of acquiring more discretion with experience.” And those dropped catches at mid-on? He taps his head. “A lot to do with that is up here.”

Related Story: How a shocking pull shot made Gower’s debut one to remember

Gower is something of a cerebral cricketer. Away from the game he likes to relax with crossword puzzles or to listen to classical music. He plays squash to maintain his fitness. He may be the envy of hundreds of young players throughout the country, but his rise to fame has not affected his polite, level-headed, and easy-to-approach attitude to life. The world of cricket may, in the next few years, lie at his feet, but at the moment those feet are planted firmly on the ground.