Cyril Washbrook was an outstanding opening batsman for England, and a central figure in the history of Lancashire. His Wisden obituary in 1999 recalled his extraordinary Ashes comeback.

Cyril Washbrook was an always staunch and sometimes brilliant opening batsman for Lancashire and England. He flourished either side of the Second World War, and his name will forever be paired in history with that of Len Hutton, with whom he opened for England 51 times. Their average partnership was 60, which from this distance seems like unparalleled riches, although they played in often perilous times for England.

In the popular imagination, he is remembered for two other things. One was his comeback in 1956 when, as a selector, he made a dramatic return to the Test team, aged 41. The other was the jaunty angle of his cap, which hinted at a carefree nature. In fact, he was a diffident man, and he masked this by acquiring a rather forbidding exterior as he gained authority.

His cricket, however, gave pleasure right from the start. In his second match for Lancashire, as an 18-year-old in 1933, Washbrook made 152, and Neville Cardus wrote in the Manchester Guardian: “He looks like a cricketer, has a cricketer’s face and wears his flannels like a cricketer.” He went on to become the very embodiment of a Lancashire cricketer, and remained deeply associated with the county until his sad and lingering final illness.

Washbrook was born in Barrow, near Clitheroe, but his family moved to Shropshire. From Bridgnorth Grammar School, he might have gone to either Warwickshire or Worcestershire or, since he had many gifts, Wolves or West Bromwich Albion. But when he arrived at Old Trafford, the old opener Harry Makepeace, now coach, took him under his wing as his protege and successor. After his brilliant start, however, Washbrook fell back somewhat, and it was 1935 before he finally established himself in the side, hitting 1,724 runs and coming fifth in the national averages.

He was still dropped once from the side in 1936, to Cardus’s disgust. A year later, he made his England debut, alongside Denis Compton, at The Oval against New Zealand in 1937. But he made only nine and eight not out, and missed the opportunity for the then infinitely greater honour of a Test against Australia the following year. 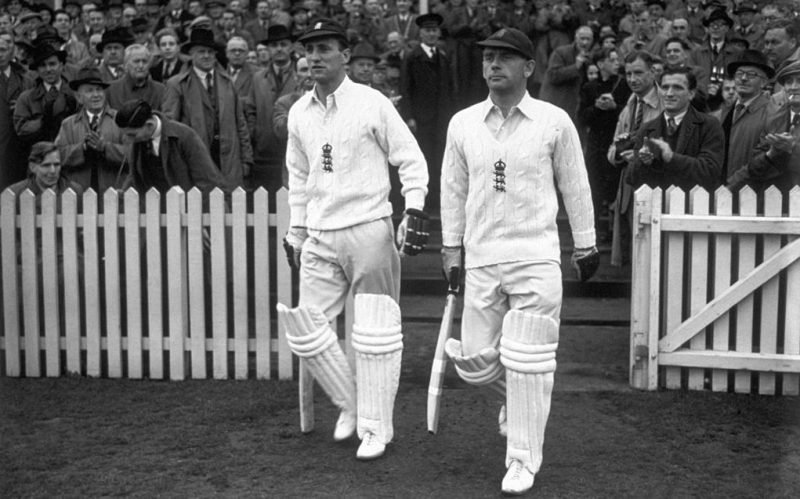 Cyril Washbrook and Len Hutton walk out to bat for England at Trent Bridge, circa 1948

In the war, Washbrook was a PT instructor in the RAF, and he was 30 before he was at last able to fulfill his destiny. In Australia in 1946/47, he and Hutton had three successive century stands, and Washbrook emerged as one of the recognisable cricketers of a heroic cricketing age: “The chin, always square and thrust out a little,” wrote Cardus, “the square shoulders, the pouting chest, the cock of cricket cap, his easy loose movement, his wonderful swoop at cover and the deadly velocity of his throw in. The tensing of his shoulders as he prepared to face the bowling, the preliminary champing of his feet – every sign of determined awareness, every sign of combined attack and defence, his mind ready to signal swiftly either to infantry, cavalry, or for cover behind the sand bags.”

He was, from the start, strongest on the leg side and was one of the great hookers and pullers; he also had a ferocious square cut. No fast bowler ever changed his demeanour. “He was like concrete,” said Wilfred Wooller. Washbrook was in his pomp in the late 1940s. He scored six Test centuries of varying moods, but roughly equal quality.

The first came against Australia at Melbourne in 1946/47, where a huge crowd saw him battle six hours for 112. He got another at Headingley in 1948, where he hit what Wisden called an “almost faultless” 143 in the Ashes match where England reached 423-2 but still lost. Five months later, in South Africa, Hutton and Washbrook put on 359, still an England first-wicket record, in 290 minutes on the first day of Test cricket at Ellis Park. Washbrook made a chanceless 195, his highest Test score.

He hit an unbeaten 103, mostly with a runner, against New Zealand at Leeds in 1949, and scored two more centuries, both in defeat, in the 1950 series against West Indies. He was apparently reluctant to tour Australia in 1950/51, and it showed: he was also troubled by the “mystery spinner”, Jack Iverson. From then on, he faded out of the Test team (apparently against Hutton’s wishes when he was captain). In 1954, he became Lancashire’s first professional captain, and in 1956, a Test selector. 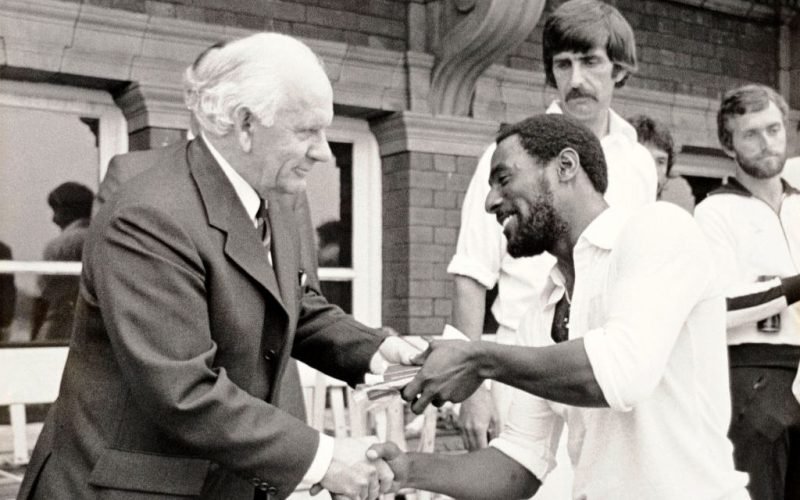 The historic moment came that July, after England had lost to Australia at Lord’s. More than five years after his last Test appearance, his colleagues on the selection panel requested him to leave the room. On his return, they asked if he would play at Headingley. He was 41, and the decision was greeted first with astonishment and then with delight.

Washbrook made 98, sharing a stand of 187 with May after England had been reduced to 17-3. England won the game, and Washbrook stayed in the team to play less heroic roles as Jim Laker worked his magic at Manchester and gave England the best of a draw at The Oval.

He remained Lancashire captain until retiring in 1959; a strong team never managed to challenge Surrey’s domination, but they usually played cricket that reflected Washbrook’s iron discipline – and self-discipline. Geoff Puller was horrified when he heard an opponent called the skipper “Washy”. In 1964, Washbrook became the club’s cricket manager, and he was an England selector again in 1971 and 1972. This time, he was not asked to make a comeback – though even when he was near 50, he scored 85 for MCC in a centenary match against Lancashire.

Washbrook remained close to Old Trafford until illness overtook him; the feeling was mutual – his benefit, of £14,000 in 1948, remained a record for more than two decades, before inflation rendered comparisons meaningless. John Major, in his first year as prime minister, awarded him a very belated CBE in 1991. Washbrook was the last survivor of the Lancashire team that won the Championship outright in 1934 but, though he lived another 65 years, did not see a repetition.