There was not much to cheer for Australia on their 1985 Ashes tour – but the performances of pace bowler Craig McDermott pointed to better times ahead. He was a Wisden Cricketer of the Year the following spring.

From the 1985 Australian tour of England, sufficient positive factors emerged to ward off the gloom and despair down under which would normally accompany such a conclusive loss in an Ashes series. There was a display of unforeseen leadership skills from Allan Border, the rapid maturing of Greg Ritchie, and certainly not least, the rise of Craig McDermott, the young fast bowling hope.

McDermott came to England in May as a recent discovery in a team still feeling the effects of the retirement of the greatest wicket-taker in Test history, Dennis Lillee. He departed in September having reinforced the widespread belief that one day in the not-too-distant future he will lead his country’s attack with the same devilish intent as Lillee. For the quiet young Queenslander with the serious and, at times, surly countenance bowled with outstanding application and vigour on pitches hardly made to order for a genuine fast bowler. 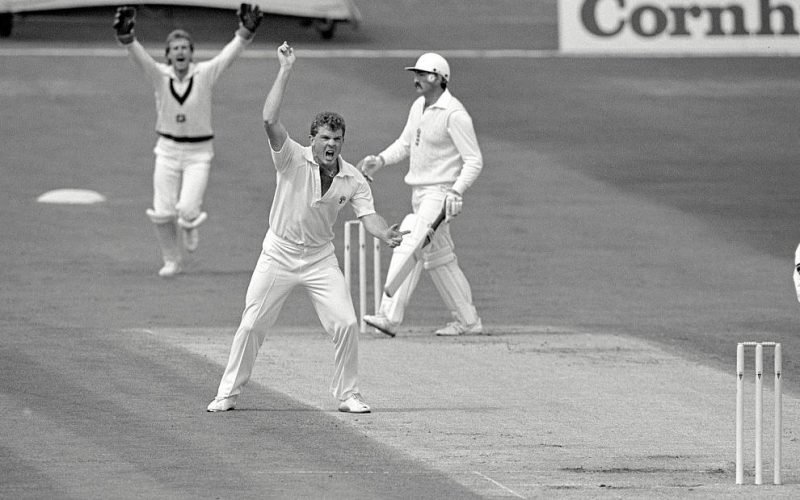 That he finished as Australia’s leading wicket-taker – 30 wickets in the six Test matches from 234.2 overs at a cost of 30.03 each – is a tribute to his undoubted skill and evidence that he should be ready to assume the role of Australia’s number one strike bowler in the next couple of years. The current holder of that position, Geoff Lawson, may have something to say about such a forecast, but his poor tour placed a much greater workload on McDermott’s shoulders than was expected at the start of the series.

There were times when the 20-year-old ginger-haired speedster fell short of these increased expectations, as on the opening day of the third Test at Trent Bridge, when his first four overs cost 28 runs, but from such a young and inexperienced fast bowler, lapses were to be expected. He certainly balanced the books, first with a withering display in England’s first innings of the second Test at Lord’s which brought him six for 70 and set Australia on the way to a series-levelling victory, and then with his eight for 141 in the first innings of the fourth Test at Old Trafford.

Applying all his youthful enthusiasm to the task of achieving maximum pace on unhelpful pitches, McDermott literally ran into trouble several times. He was warned for following through on the pitch during the Lord’s Test match and his subsequent efforts to correct this were a contributing factor to his occasional waywardness in later Tests. But rather than allow this to eat into his confidence he worked long and hard in the nets and county matches to overcome it, the kind of attitude which gave rise to the assessment that he looked set for a long and distinguished Test career. 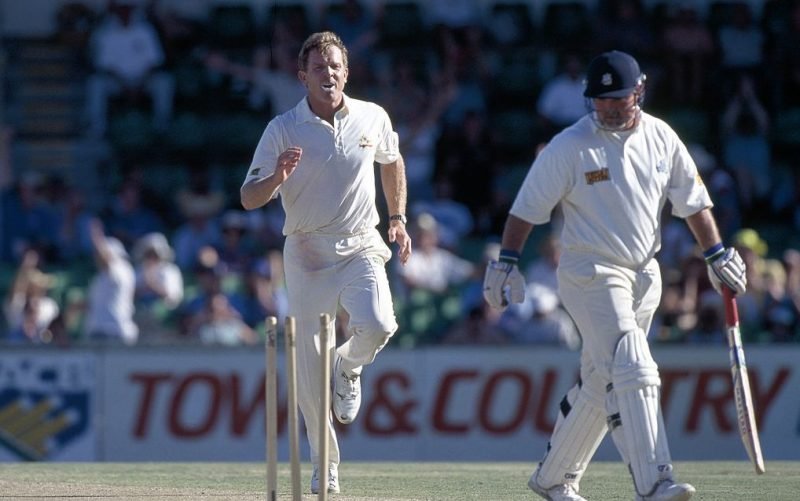 Craig John Mcdermott was born in Ipswich, near Brisbane, on April 14, 1965, and first played cricket at the age of eight in grade three at Silkstone State School in Ipswich. At the same age he also played with the Under-12 team at the Warwick Road Cricket Club. But it was not until much later that he decided that cricket was for him. Throughout his schooling, first at Silkstone and then at Ipswich Grammar School, McDermott was an active all-round sportsman. Apart from cricket, his interests included athletics, rugby union, tennis and squash, all of which he played at club representative level. Though he was a promising full-back and wing three-quarter for Ipswich Grammar’s rugby team, it was athletics which many thought would eventually lure him. He was school athletics champion for three successive years, his specialities being the triple jump, 400 metres and javelin. His talent as a triple jumper was confirmed when he finished third in the open division of the Queensland state titles.

He pursued all three interests through his early and mid teens, and it was not until he was chosen in the Australian Under-19 team in the 1981/82 season that he decided to restrict himself to cricket. In that season he played in three junior Tests against Pakistan in Sydney, Perth and Hobart, the highlight being an eight-wicket haul in the second of them. Several of his team-mates in that series have also gone on to play Sheffield Shield cricket, including Mike Veletta (Western Australia), Tony Dodemaide (Victoria), Glen Trimble (Queensland) and Craig Bradley (South Australia). McDermott also toured England with the Australian Under-19 team in 1983. 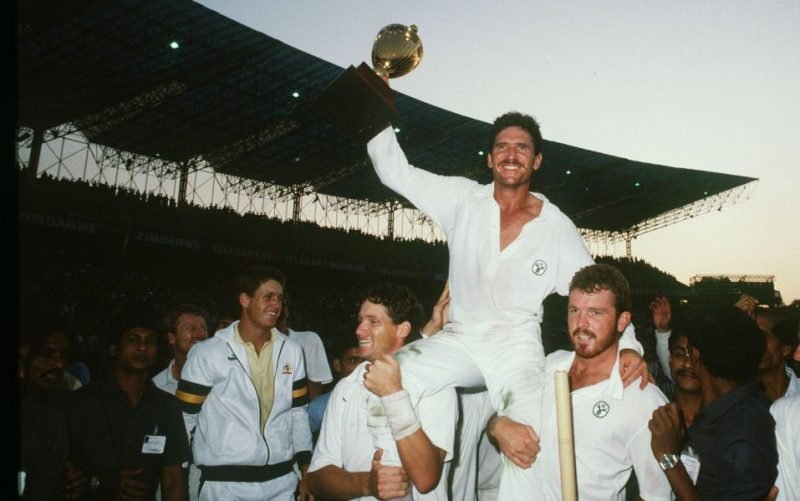 McDermott and Dean Jones lift their captain Allan Border after Australia’s 1987 WC final win in Kolkata. McDermott finished as the tournament’s leading wicket-taker with 18 scalps to his name

During his junior days at Ipswich, he had a reputation as an all-rounder. But since coming into first-class cricket this has diminished as he has concentrated on improving his bowling. He made his first-class debut soon after returning from the 1983 Under-19 tour of England. Representing Queensland in the Sheffield Shield for the first time, he acquitted himself well, taking four for 75 in Victoria’s first innings at Brisbane in December, 1983. It did not take long after that for his name to be prominent in Test selection discussions and 12 months later, with the Australian team in desperate need of fresh blood to contend with the rampant West Indians, he was brought into the team for the fourth Test in Melbourne.

He had a memorable debut, with match figures of six for 183 from 48 overs, including Vivian Richards, lbw for a duck in West Indies’ second innings after scoring a double-century in the first. The Australians had good reason for celebration, and perhaps optimism, after this Test, apart from the promise shown by McDermott: it provided them with their first draw of the series, and they went on to achieve a stirring victory in the final Test at Sydney a few days later.

Craig McDermott’s Test career went on until 1996, and he ended with 291 wickets at 28.63, still seventh on Austraia’s all-time list.