Colin Milburn was the great lost talent of English cricket in the late 1960s. His Wisden obituary recalled his extraordinary attacking talents.

Colin Milburn enjoyed all too brief a career in first-class cricket. On May 23, 1969, he was involved in a car accident and lost the use altogether of his left and master eye. His other eye was slightly damaged as he was thrown forward into the windscreen. This cruel blow was a tragedy, not only for the player himself, but for the whole world of cricket. For, he was a devastating, attacking player, with a wide range of orthodox strokes to supplement his cutting and pulling. He was nearing his peak when his injury removed him from the scene he had illuminated during a period of depressing mediocrity.

Milburn was a heavyweight. One winter, after a rigorous course of dieting, he turned the scales at 16 stones; he normally hovered around the 18-stone mark. He was the largest man to play first-class cricket in England since Warwick Armstrong in 1921, but like many large men, he was light on his feet, and he never had any difficulty in positioning himself for the shot he wanted to play. Born at Burnopfield, a mining village near Durham, he inherited his large frame and cricketing ability from his father, who was a big hitter in local cricket.

By 1953, 11-year-old Colin was playing in the Burnopfield second team, and two years later, he was batting and bowling for the senior side and representing Durham Schoolboys. By 1959, impatient to measure himself against stronger opposition, he moved to Chester-le-Street, where he was a sensation: a string of spectacular performances earned him selection for Durham county against the touring Indians, and he seized on the occasion to make an impressive hundred. Warwickshire and Northamptonshire were soon competing for his services, but Ken Turner, the secretary at Northampton, with an eye for talent, was the one to snap him up.

The season of 1960 was spent qualifying and learning his craft. He was encouraged to develop his natural attacking instincts by the county captain, Keith Andrew, and, going in first, he made 1,153 runs for the Second Eleven for an average of 33.91, playing a big part in their carrying off the championship.

At this stage of his career, he was also a promising fast-medium bowler with a refreshingly short approach. In 1961, he was given a run in the Championship side, but needed more time for adjustment, especially against off-spinners. Back in the second team, he again passed 1,000 runs for an improved average of 43.34. 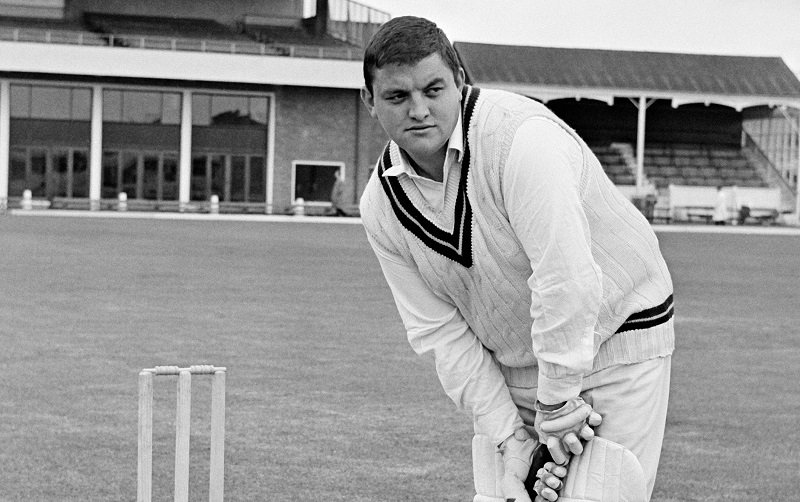 Colin Milburn in action at the County Ground, Northampton, in May 1964

A year later, however, he gained a regular place in the senior side, and his maiden hundred came at Northampton against Cambridge University. His 129 contained two sixes and 19 fours, and with Mike Norman, he put on 227 in 170 minutes for the first wicket. Such was his weight of stroke that almost 70% of his runs had come in boundaries, a proportion typical of his larger innings.

His 100 and 88 (one six, 14 fours) against Worrell’s West Indians were both magnificent innings and helped to put the county in a winning position before rain interrupted proceedings. Later that year, he went on MCC’s tour of East Africa under M.J.K. Smith, enjoying himself hugely with five scores of more than 50.

Milburn’s jovial manner and love of his fellow human beings made him immensely popular in the dressing-room and beyond the boundary.

In 1966, Milburn took the step up into Test cricket and quickly showed that he had both the temperament and technique to succeed at the highest level. Against the formidable West Indies side, he hit 94 in England’s second innings at Old Trafford in the first Test, and with a memorable 126 not out at Lord’s, he saved the game by his brilliant attacking strokes. He had come off on the most famous of stages, but to his acute disappointment, he was dropped for the final Test at The Oval on the grounds that he was too much of an encumbrance in the field.

His answer to the selectors’ caution was to put the Essex bowlers to the sword with a superb double-century at Clacton. His 203, which was the lion’s share of a county record opening stand of 293 with Roger Prideaux, was an object lesson in how to set up a victory by attacking cricket. Milburn, already first to 1,000 runs that year, finished second in the national averages, with an aggregate of 1,861 at 48.97. He was one of Wisden’s five Cricketers of the Year in the 1967 edition.

That winter came a new departure: he was engaged to play for Western Australia in the 1966-67 Sheffield Shield competition. The enterprise proved an enormous success, both on and off the field. Milburn’s jovial manner and love of his fellow human beings made him immensely popular in the dressing-room and beyond the boundary. The Australians acclaimed him. He made 571 runs in the Shield for an average of 40.79, and spectators who saw it have not forgotten his hundred in only 77 minutes at Adelaide. The following winter, he went to the West Indies with Cowdrey’s side, but in 1968-69, omitted from the team to Ceylon and Pakistan, he was able to play once again in Australia.

This time, he made a royal progress through the states, and at Brisbane, he played the most extraordinary innings seen there in Shield matches. On the first day, he made 243, and before he was out in the first over after tea, having scored 181 between lunch and tea, he had hit four sixes and 38 fours. He was fifth in the Australian averages that season, with 940 runs at 62.66, and when England were in trouble on their riot-torn tour of Pakistan, Milburn was summoned to help out. The players formed a guard of honour as he descended from the plane. Coming into the side for the third Test at Karachi, he gave England a marvellous start with 139, his hundred arriving off 163 balls. But it was to be his last Test innings. 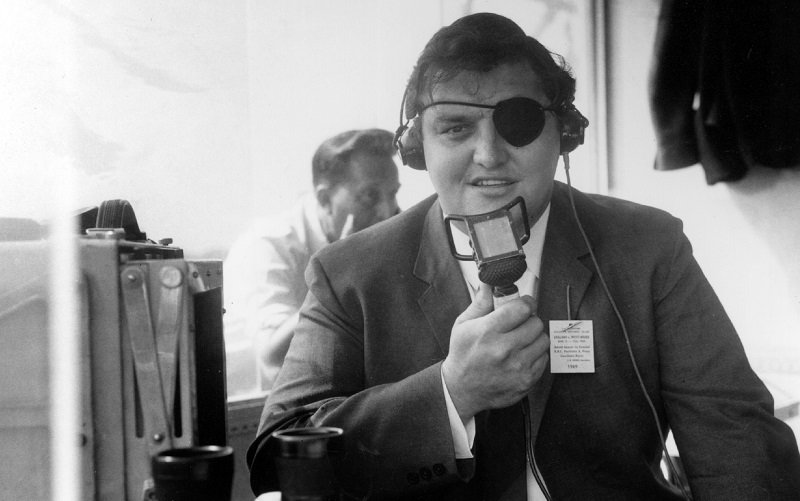 On the third day, the match was abandoned because of the civil disturbance, and the team flew home to England. Two months later, in Northamptonshire’s first match of the season, he made his final hundred, 158 against Leicestershire, just a day or two before his injury.

A player who always wanted to attack, as he did, was sure to have downs as well as ups. In 1967-68, he failed to win a place in the Test side against West Indies, a setback which did not prevent him from being the liveliest member of the party. But at Lord’s in 1968, against Australia, he hit a wonderful 83, one superb pull off Cowper landing high up in the Grand Stand. There were those who liked to say that he was a mere slogger. Nothing could have been further from the truth. He was fundamentally an orthodox player with a sound defence.

Related Story: Colin Milburn: ‘Few have been blessed with his genius for attack’

He could drive well, but his shots square on either side of the wicket were his special hallmark. He could cut and pull with brutal power and would literally batter an attack into submission. He was only 28 when he lost his eye and there is no knowing what heights he might have reached. He and Botham, who was, appropriately, a pall-bearer at his funeral, might even have joined forces for England.

The cold statistics show that Milburn made 13,262 runs in first-class cricket for an average of 33.07, a figure which would have been substantially higher if he had not attempted a comeback in 1973-74. They give little idea of the pleasure and excitement he gave to thousands. The records also show that he took 99 wickets at 32.03 and made 224 catches, mostly close up on the leg side; that he passed 1,000 runs in six English seasons; that for Northamptonshire, he made a hundred before lunch on four occasions; and that he holds the county’s record with 43 catches in 1964. In his nine Tests, he made 654 runs for an average of 46.71.