The distinguished broadcaster and writer Christopher Martin-Jenkins was mourned by everyone in the game when he died in 2013. His friend and colleague Mike Selvey paid tribute.

We called him The Major. There was nothing secret to it, nothing to do with a military bearing, or clipped diction and moustache to match. One day he blustered his way into the press box. “Hampshire won,” he announced to nobody in particular. “Did it, Major?” we chorused, echoing Basil Fawlty. And so The Major he became – or sometimes, to a very select few, Stork, which is considerably more obscure and will remain so.

The Major became a legend, the stories told and retold, embellished, enhanced, and even invented. He could be calamitous. Things happened to him that simply did not to other people. Pick someone to play him in a biopic and it would have to be Rowan Atkinson. It was a trait I first encountered on the 1976-77 tour of India, when he was a young BBC correspondent. Seeking to travel by cab to the local studio of All India Radio, he found himself sitting an hour later outside a remote refinery belonging to Oil India. 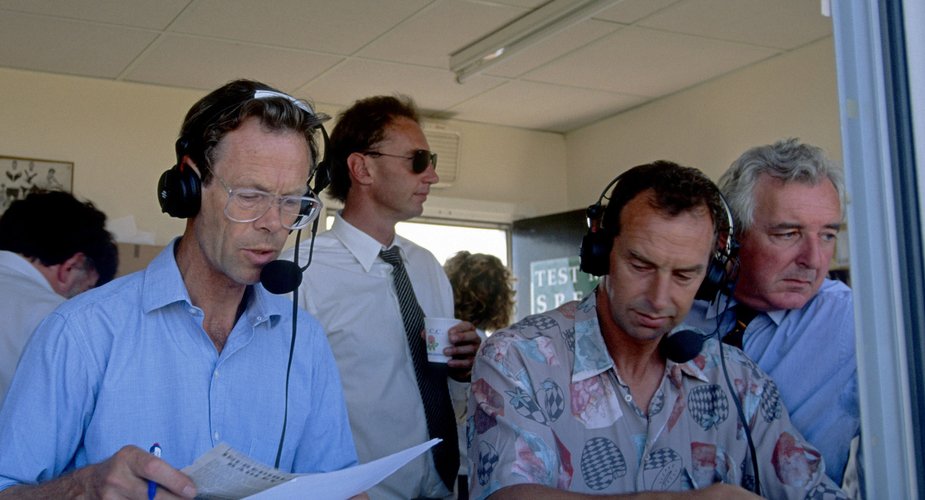 This sort of thing continued right through our acquaintance, whether he was inadvertently shedding golf clubs like confetti through the centre of Bridgetown as we raced madcap for a tee-time in our mini-moke, late as ever; or snipping through the wire of his Walkman headphones while attending to his newspaper cuttings and wondering why the music had stopped; or going to the wrong hotel – or, on one occasion, the wrong international ground in London for a match he was late for in any case.

He was notoriously (and often infuriatingly) tardy, to the extent that his memorial service at St Paul’s should have been scheduled as “11.15am for 11” as a mark of respect – with directions to the wrong church. The famous incident in which he mistook a TV remote control for his mobile phone and actually tried to dial on it really did happen, although as the sole witness I can say it was rarely in the manner or location in which the story is often told.

His cricket commentaries were a benchmark for lucidity, knowledge, observation and humour
His capacity to render laptops unusable – merely by looking at them, it seemed – was uncanny, as if he had mystic powers, the sort of thing that should have been harnessed by the secret service. He would laugh at all this, of course, rather revelling in his reputation, not least because he understood the affection behind the ribbing. He even played up to it.

And then comes the other side of him. In an appreciation elsewhere, I suggested cricket had lost perhaps the best friend it has ever had, a thought I stand by. He was a prolific writer on the game, not just as a most respected and authoritative correspondent for the Daily Telegraph and then The Times, but in his numerous books and as editor of The Cricketer. He championed the sport, and all who played it, with remarkable zeal. 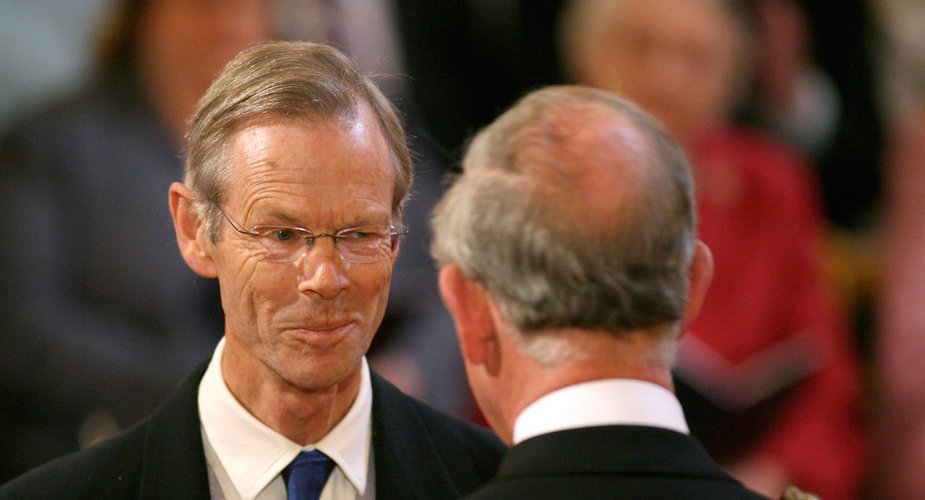 The Major, pictured here receiving an MBE from Prince Charles of Wales in 2009

Surely, though, it is as a supreme broadcaster that he will be best remembered. Once he had stumbled, tripped and fumbled his way into his commentary position, and dumped down the big A4 leatherbound desk diary in which he scrawled his notes, his cricket commentaries were a benchmark for lucidity, knowledge, observation and humour.

Working with him as a summariser, which I was fortunate enough to do for the best part of a quarter of a century, was a joy. There are commentators who insist on taking each over uninterrupted, then hand over for a breather. Some dip into the summariser’s time as well. But with The Major it became a conversation, rather than a series of disjointed interjections.

"I've been having some trouble with the old Conrad"
Very quickly I got to understand how he worked, when it was appropriate to speak, and when to let him go so that it flowed seamlessly. That was his skill, not mine, for he controlled it all, using his deep knowledge of cricket and cricketers not to pontificate, but to draw things from me, in the way an advocate might a witness.

Only once did I see him flummoxed. Like many cricketers, I used rhyming slang by habit, so if I were to say that someone was having treatment on their Vanburn, you might surmise Holder, or shoulder.

During one commentary stint, he thought he would have a stab. “I’ve been having some trouble with the old Conrad,” he said. At first it stunned me, and then I corpsed – so badly I had to leave the commentary box. He meant Conrad Black. I am sorry to say my only thought was of a former West Indies opener by a different surname.

Christopher Dennis Alexander Martin-Jenkins, MBE (20 January 1945 – 1 January 2013), aka CMJ, was a distinguished cricket journalist, commentator and president of the MCC.