In 2008, Wisden ran a feature on great players who had never been one of the Almanack’s Cricketers of the Year. One of them was the great Indian spinner Bishan Singh Bedi.

The first epithet that comes to mind for Bishan Singh Bedi’s bowling is “beautiful”. More than with any other slow bowler, this is the word that stays. He prepared to bowl with remarkably supple stretches for a man who was not slim: he must have practised yoga. His fingers were wonderfully supple too, and part of his theatricality was fizzing the ball from one hand to the other before starting his run-up. He was also striking in his choice of patkas, often pink or bright blue.

He was not an elegant mover with the bat, or in the field. In both departments, he could be clumsy. Like Colin Cowdrey among batsmen, Bedi was one of those athletes whose athleticism was expressed almost exclusively in what he did best. A few easy rhythmic steps, perfectly balanced, and he moved smoothly into the delivery stride. There was no sense of striving, nothing rushed or snatched, no hiccoughs, just an easy flow. He bowled at the slower end of the spin bowler’s range, though not dead slow.

Like most great bowlers, his variation was subtle. Of all the slow bowlers of Bedi’s time, none forced you to commit yourself later than he did. With tiny, last-second adjustments of wrist and hand-angle, he could bowl successive balls that looked identical, perhaps as if each would land on a length just outside off stump. But with the first he would cock his wrist more, deliver the ball slightly higher – it would spin sharply, stay wider of off, and be shorter than you anticipated.

The next ball, ever so slightly undercut and a little quicker, would pitch further up and come in towards middle and leg stumps. To the first ball you were likely to play inside the line, and away from the body; to the second, outside the line, and round your front leg, so that there was a risk of inside edge on to the pad. The error of judgment induced in the batsman could be as much as a yard in length and a foot in width. And he could make these changes according to what he sensed the batsman was trying to do, in the moment of delivery, so firm and balanced were his action and rhythm.

Bishan Singh Bedi, born on September 25, 1946, in the Sikh capital of Amritsar, was a gentlemanly cricketer. If you hit him through the covers for four he would say, “Well played.” When David Hughes of Lancashire hit him for 26 in an over in a Gillette Cup final, Bedi applauded each of the three sixes. He didn’t approve of the lap or sweep; being a purist he felt these were unworthy shots. He did not readily bowl defensively – flat and directed to middle and leg – though he could also do this. He liked to defeat the batsman in the flight, and have him stumped or caught off a skyer. 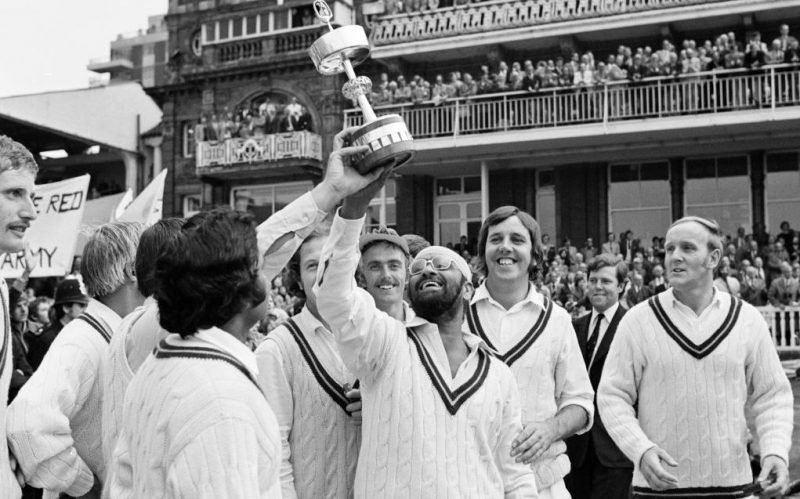 Bishan Bedi and his Northamptonshire teammates celebrate their Gillette Cup triumph at Lord’s, circa September 1976

Having watched the England players being mesmerised by him in India in 1972/73, and written about them not using their feet, the author batted at Northampton for Middlesex a few months later. The outcome: Brearley st Sharp b Bedi 18 (though 57 in the second innings!). Of his 1,560 first-class wickets, he took 434 in six seasons for Northamptonshire, and 266 in 67 Tests for India.

Besides being a gentlemanly cricketer, Bedi was also a terrific competitor. Tony Lewis, who captained England in 1972/73, said he was a Dennis Lillee among slow bowlers. If he liked you, he would be extremely friendly (I greeted him with a namaste – the Indian greeting with hands together – when I came in to bat at Lord’s, and he enjoyed that). But if he took against you, he could be a fierce antagonist. 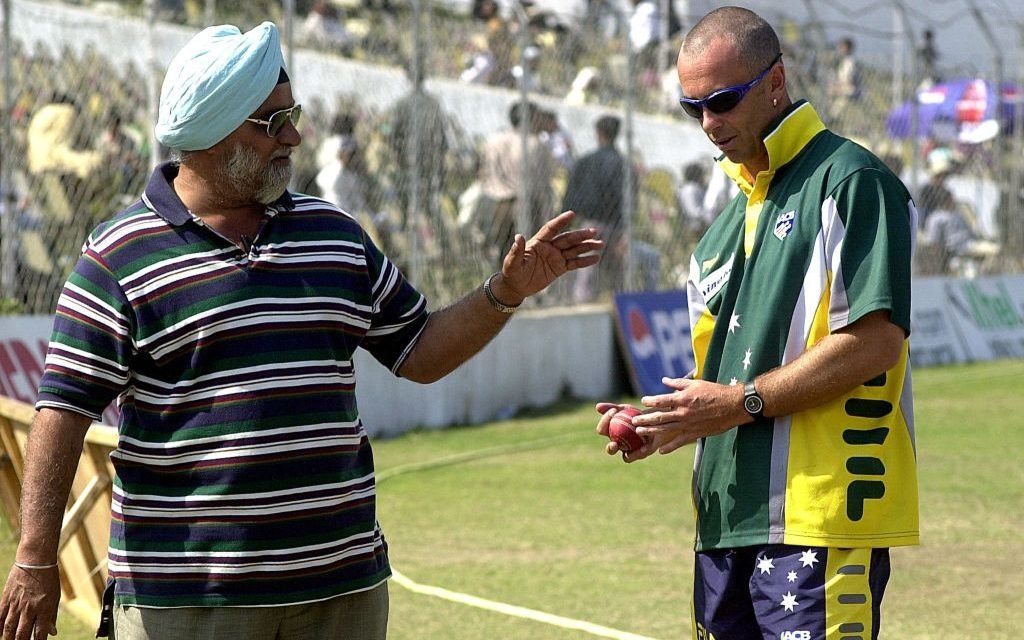 Bedi is an extremely generous man. Being of a rare blood group, he gave blood in Karachi on a Cavaliers tour in response to a newspaper appeal; Benazir Bhutto sent him two carpets and a tea-set, while shopkeepers invited Bedi to help himself.

A forthright man too. He is not diplomatic. He can be choleric. He declared in Jamaica in 1976 when he believed the umpires had been too weak to put a stop to intimidatory and dangerous bowling by West Indies. Recently he has not minced words about Muttiah Muralitharan or Shoaib Akhtar. He is worried for future generations, who will copy these actions. He has no faith in cricket’s administrators. In retirement, Bedi has run a cricket school in Delhi. He also writes and speaks on television about cricket, outspokenly.