Bill Ponsford scored an eye-watering number of runs for Australia in the inter-war years. His Wisden obituary in 1992 celebrated an extraordinary career.

Bill Ponsford was Australia’s oldest living Test cricketer and the sole survivor of H.L. Collins’s 1926 team in England. He made 162 in his second first-class game, for Victoria against Tasmania at Launceston in February 1922, but did not play for the state again until selected against the same opposition a year later in Melbourne. Then, in what was only his fourth innings, he created a sensation by hitting 429 in 477 minutes: it was the world’s highest first-class score until he bettered it five years later. Furthermore, Victoria’s 1,059 was the first four-figure total in any first-class match, and Ponsford, who was captaining his side, stayed until he made the 1,000th run himself, having gone in at 200-3.

He was soon to prove that his 429 was something more than money for old rope against moderate bowling, as some would have it. The previous record-holder, A.C. MacLaren, had protested peevishly at the status of the match. Four centuries for Victoria in 1923-24, including 248 out of 456 with Edgar Mayne for the first wicket against Queensland – still an Australian record – sounded a warning note of what was in store for bowlers.

Only phenomenal powers of concentration, a high degree of physical fitness and an insatiable appetite for runs could have sustained him through so many hours at the crease. Over Christmas in 1926, Ponsford was in especially devastating form. On the second day of Victoria’s match against New South Wales at Melbourne, he dominated an opening partnership of 375 with Woodfull, and his 352, of which 334 were made in a day, contained 36 fours. It was the foundation of Victoria’s 1,107, still the record first-class total. 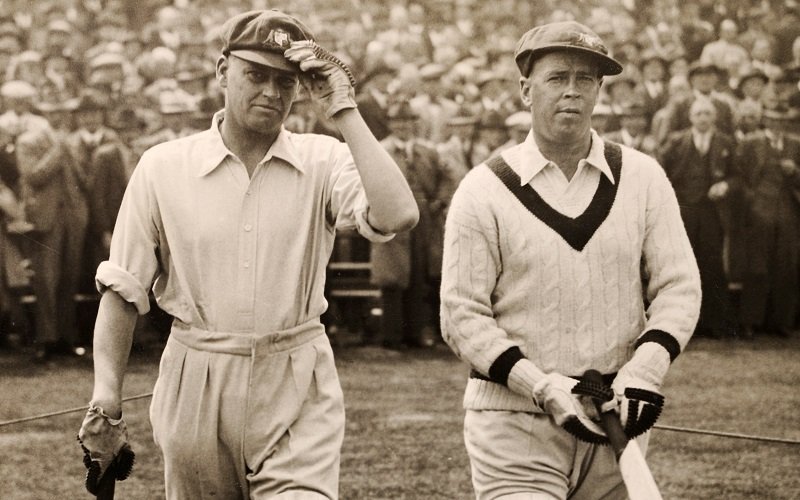 But in reviewing 1927-28 the gods must have deemed Ponsford guilty of hubris, after he had had the temerity to amass 1,013 runs in only four innings. Nemesis was soon to follow: his new world-record score of 437, made in 621 minutes against Queensland at Melbourne, was eclipsed two years later by the young Bradman’s 452 not out.

Ponsford, who was born in the Melbourne suburb of North Fitzroy, showed an unusual aptitude for cricket from his earliest years, taking as his model Les Cody, the state player, whose strokeplay he greatly admired. Pennant cricket for the St Kilda club led on to his first-class debut for Victoria in 1920-21, against Douglas’s MCC side. A baseball batter’s strength of forearm and wrist enabled him to wield a very heavy bat, and if never exactly a stylist, Ponsford soon developed into a formidable all-round batsman, with great strength on the on side.

O’Reilly reckoned him to be an even tougher opponent than Bradman to bowl at.

He was a fierce driver in front of the wicket and always worked hard to keep up the momentum of an innings; his two quadruple centuries each contained 42 fours. He was second to none as a player of spin bowling, and O’Reilly reckoned him to be an even tougher opponent than Bradman to bowl at. Against high pace he was less secure, and when facing left-armers like Voce and Quinn, the South African, he at times showed a tendency to move too far across his wicket.

The difference between Ponsford’s career and Test averages is 17 runs. In his first and last series, those of 1924-25 and 1934 against England, he made nearly half of his total Test runs for an average of 64.81, whereas in his other six series he made his runs at under 40. This calls for an explanation. Although a member of the supporting cast in England in 1930, Ponsford played two fine innings – 81 at Lord’s and 110 at The Oval; and in 1930/31 he took heavy toll of the West Indies attack, just pipping Bradman in the averages. 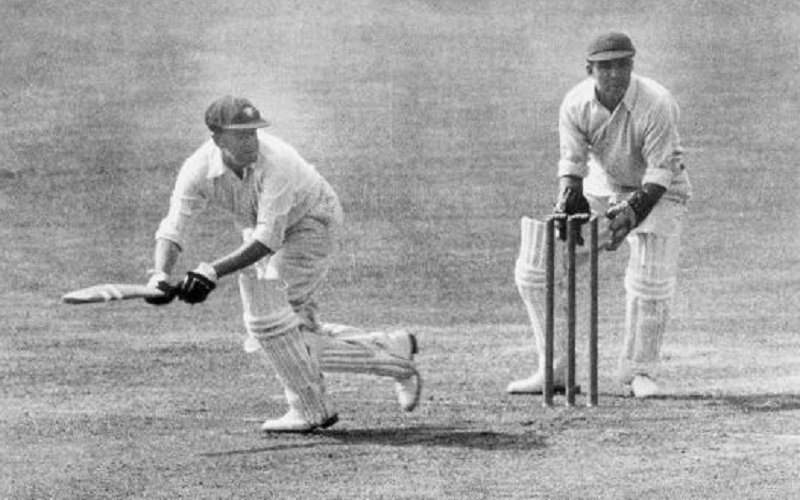 Bill Ponsford in action against England at The Oval in 1934

But in his other three series against England, the rhythm and progress of his Test career was disrupted by illness, injury and Bodyline. In 1926, his first tour of England was ruined by an attack of tonsillitis, which kept him out of action for the whole of June. He played in the last two Tests without success. Two years later, in 1928-29, a ball from Larwood broke a bone in his hand in the second Test, at Sydney, after the same bowler had dismissed him for 2 and 6 at Brisbane. In 1932/33, he never flinched when under fire, and staying in line, he absorbed a lot of punishment in putting together a brave and skillful 85 at Adelaide in the third Test.

By the time he arrived in England on his third tour, in 1934, Ponsford was due for a change of fortune. Unbeaten double-hundreds at Cambridge and Lord’s suggested that the gods might be relenting at last, and when Ponsford and Bradman joined forces at Headingley in the fourth Test, putting on 388 for the fourth wicket, Ponsford’s play was seen to be not one whit inferior to Bradman’s. Neville Cardus, rhapsodising in characteristic fashion, saw the two champions as soloists in some grand double concerto.

England were overwhelmed, but the damage done to them at The Oval was even worse. In a partnership surpassed in Tests only two months before Ponsford’s death, by A.H. Jones and M.D. Crowe, he and Bradman added 451 for the second wicket in a mere 316 minutes. Ponsford’s personal contributions in those two Tests were 181 and 266. He topped the Test averages with 569 runs at 94.83 and was one of Wisden’s five Cricketers of the Year. Above all, he had shown the English public what he could do, whereupon he deemed it appropriate to retire from first-class cricket when still only 34.

Ponsford is the only player to have exceeded 400 twice. He and Hammond, apart from Bradman, who made six, are the only players to have hit four triple-hundreds, and his 281 not out against MCC at Lord’s in 1934 is the highest score by an Australian on the ground. He shared five partnerships of 375 or more; with Woodfull, whose career record so closely matched his own, he put together 23 three-figure partnerships, eighteen of them for the first wicket and twelve over 150. In 162 first-class matches, he scored 13,819 runs at 65.18, an average only Bradman and Merchant have bettered among batsmen with more than 10,000 runs, and he hit 47 hundreds.

In the Sheffield Shield, his runs totalled 5,413 at 83.27, and in 29 Tests he made 2,122 runs for an average of 48.22. A superb out-fielder in any position, he had 71 catches to his credit – although, when examined for war service, he was found to be red-green colour-blind. “Ponny” was a man of few words outside the dressing-room: shy, modest and shunning publicity at all costs. When he was “postered” in Sydney in 1928 after his extraordinary four-innings sequence, it must have given him nightmares; the flow of runs suddenly stopped. Few, however, have been more eloquent with the bat than the great Victorian.