After just his first season in county cricket in 1968, Barry Richards was named Wisden Cricketer of the Year, and was tipped to become the greatest batsman since Bradman.

Garry Sobers apart — and, as ever, he set his own standards — none of the new overseas players in county cricket made a greater impact than Barry Anderson Richards, of Hampshire, who was born at Durban, Natal, on July 21, 1945. The arithmetic of his achievements was convincing enough. In his first English season, and a wet one at that, he scored 2,395 runs, the highest aggregate, with an average of 47.90, bettered only by the infinitely more experienced Boycott.

Yet it was the composed manner and assurance, and the maturity of technique for one so young, which impressed the responsible critics, and friend and foe alike. His off and cover driving were frequently compared with the great Walter Hammond and Sir Leonard Hutton. 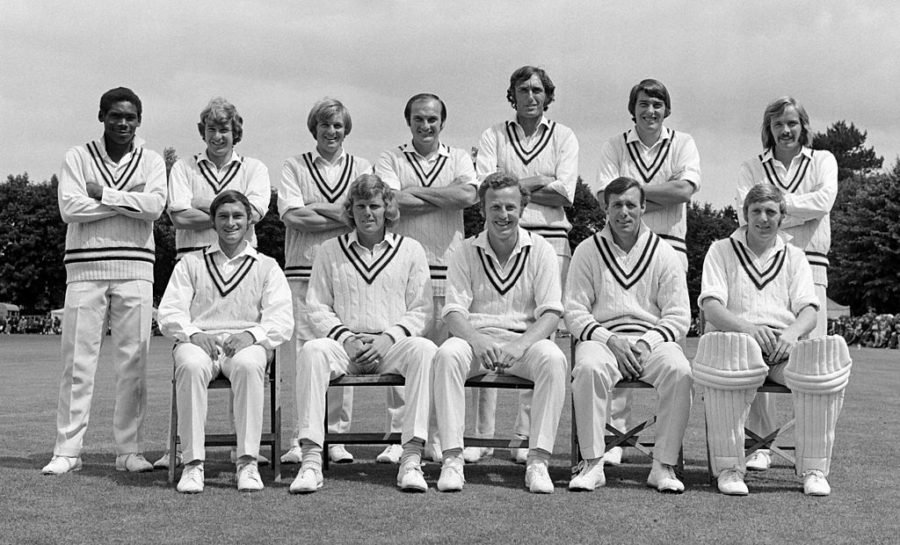 When Richards took 206 off Nottinghamshire, EDR Eagar, secretary and former captain of Hampshire, commented: “I have never seen better driving since Hammond.” There could be no higher praise. And, as many a bowler found to his cost, a shorter length ball, designed to avoid punishment, produced a savage square cut.

Richards denies that he has based his style and methods on any player in particular, but Hutton seems to have consciously influenced him. “When I was at Durban High School,” recalls Richards, “I remember studying action pictures of Hutton with intense interest. I think his technique was the best I have ever seen.”

Tall and athletic in appearance, Richards benefited much from the individual encouragement, which is possible for the talented young white cricketer in South Africa to enjoy. He never lacked help, and his own considerable ability has always been supported by the vein of dedication and single-minded purpose which threads through the story of most top-line players. As recently as 1967-68, when playing for Natal against Transvaal, he was dissatisfied with the start of his innings. 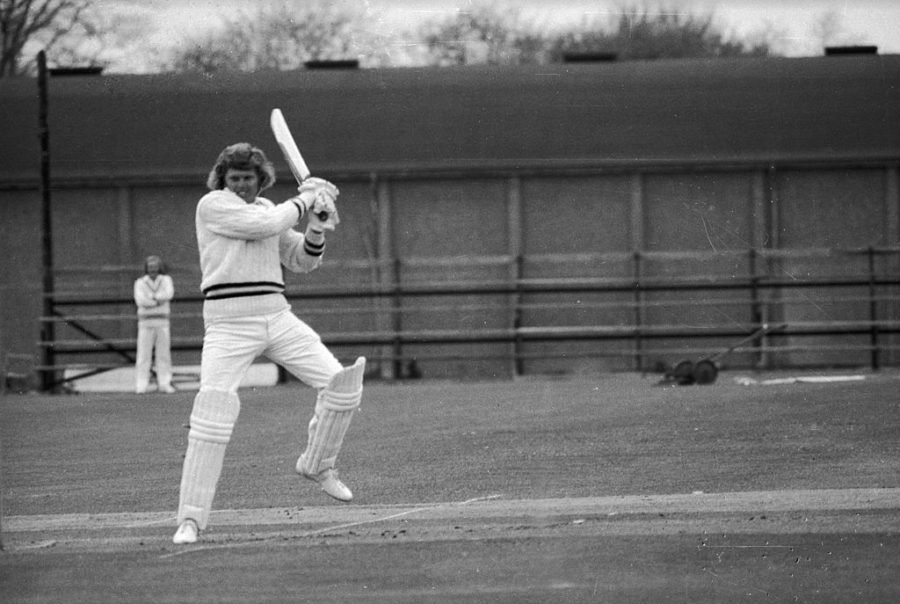 Richards’ technique seems to have consciously been influenced by Hutton

At the close he was 13 not out. So the next morning he went to the nets at 8am with Alan Butler, a well-known coach at Durban, and worked solidly for ninety minutes trying to iron out his faults. From the nets he went straight to the ground and made 146, his highest score in South Africa.

"It was the composed manner and assurance, and the maturity of technique for one so young, which impressed the responsible critics, and friend and foe alike"

Richards recognises his debt to Butler, to Wilf Isaacs, who is always ready and keen to help cricket and cricketers in South Africa, and to Leslie Theobald, his cricket master at Durban High School.

When Richards captained the South African Schools side in England in 1963, Mr. Theobald was manager, and their partnership produced outstanding results. Also in the party were Mike Procter (Gloucestershire) and Hylton Ackerman (Northamptonshire). Richards hit the most runs — 798 in 18 innings — with an average of 49.87, and the best of many good innings were 106 in an hour and 50 minutes against Eton, and 79 in 76 minutes off the more mature bowling of Hampshire Second XI. 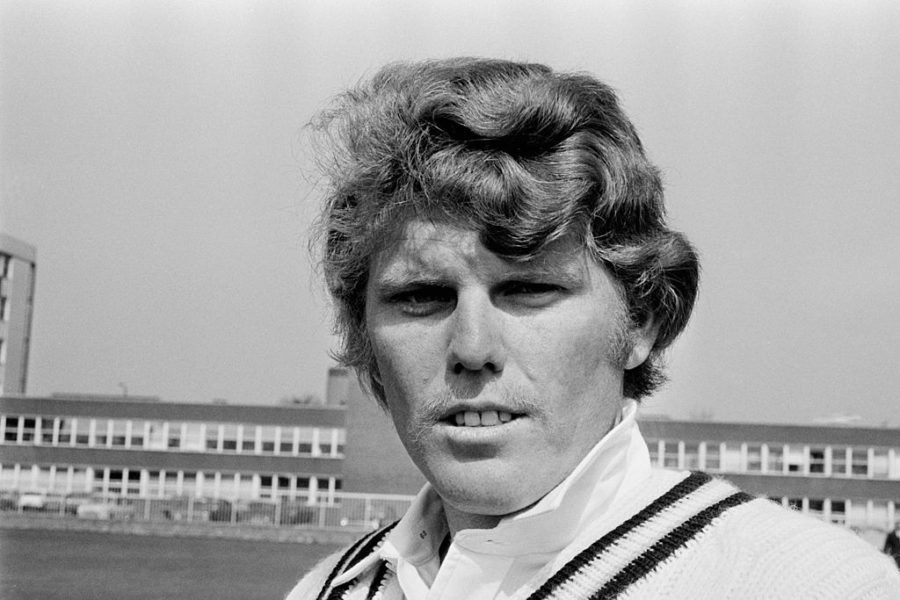 After days at Clifton Preparatory School, Durban, Richards began to come to the fore at Durban High School. He played for Natal Schools in the Nuffield Week, and also for the South African Schools XI in the season 1962-63 and 1963-64. His club cricket was with Natal Technical College, and in 1964-65 he made his first-class debut for Natal in the Currie Cup.

In 1965, accompanied by Procter, another Natal player of much promise, Richards spent a season with Gloucestershire’s 2nd XI and Club and Ground team. The experience served him well. He hit 632 runs, average 30.09, and his off-breaks, now used only occasionally, produced 29 wickets at 13.51 each. [Last season (in 1968) he took 12 wickets for Hampshire, seven of which were against the Rest of the World for only 63 runs!]

Being unqualified for Gloucestershire, Richards’ one opportunity to play in the first team was avidly seized. It came against the touring South Africans, captained by Peter Van der Merwe, who must have been well pleased at the performance of their young compatriots. Richards made 59, and, with Procter, put on 116 for the fifth wicket. 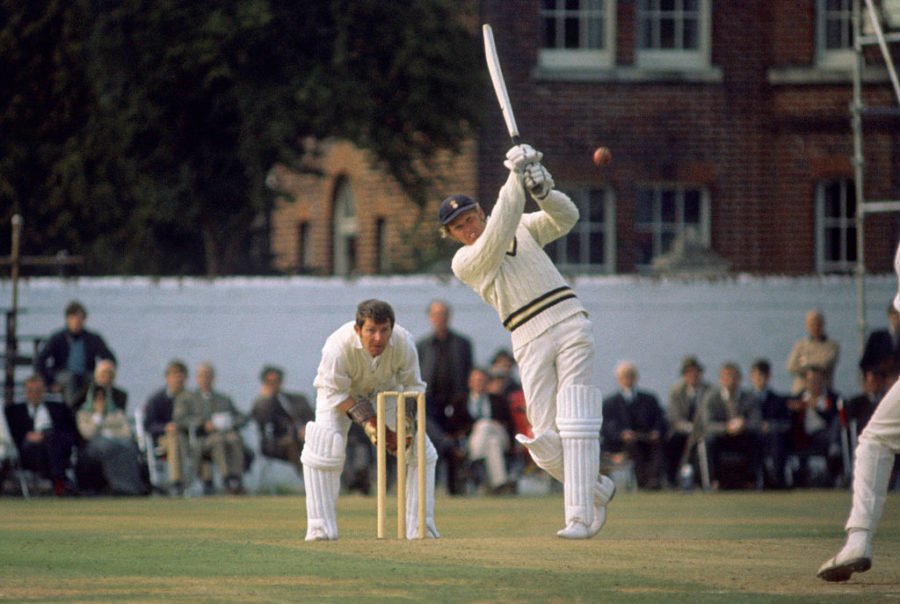 Much to Gloucestershire’s disappointment, Richards and Procter returned to South Africa. Procter was to come back under the immediate qualification rule, put into effect in 1968, and Richards, keenly sought after by Sussex, eventually threw in his lot with Hampshire.

In the meantime, Richards scored his maiden first-class century for a South African XI against the Australians at East London and was considered unlucky not to have won his Test place during the 1966-67 rubber. His chance of forcing his way into the powerful South African Test side was further delayed by the cancellation of MCC’s tour there. On his English form, Richards must have been in the reckoning for that series.

Keen as he is on the game, Richards shares the general opinion of overseas players that there is far too much cricket played in England. “Frankly I don’t know how some of the players keep it up year after year he said after his first season in the Championship. The strain is immense. I used to wake up on some mornings and say to myself ‘Surely not another day’s cricket!’”

Nevertheless, Richards, who is a first-rate slip fielder, retained his concentration until the very end. He emerged a better batsman for his 33 matches and 55 innings. His selection and placing improved match by match and belied his years. Moreover, he started to collect runs on the leg side which had largely been forsaken territory for him.

Richards’ horizons seem limitless, and it will be fascinating to see how far his talents will take him. Few, anywhere in the world, have his possibilities.

In the end, Barry Richards played just four Test matches before South Africa were forced into sporting isolation because of their apartheid policy. Against Australia, in 1969-70, he hit 508 runs at 72.57 with two centuries. He played on for Hampshire until 1978 and proved his worth in Kerry Packer’s World Series Cricket.