Michael Atherton – who celebrates his birthday on March 23 – often seemed to be carrying England’s batting on his shoulders during the 1990s. Upon his retirement, the 2002 Wisden Cricketers’ Almanack carried this tribute by Peter Roebuck.

Throughout the 1990s Michael Atherton was the face of English cricket. Head still, eyes wary, left elbow high and feet moving neatly into position, he dedicated himself to the tasks of scoring runs, resisting bowlers and protecting his team’s position. For beneath his pale, youthful and sometimes defiantly stubbled exterior could be found a wilful man blessed with skill and determination.

What was wanting were the particular abilities needed by the hour; he lacked the sparkle and drive required to rouse a team from its slumbers, and if ever a team needed rousing during his years as Test cricketer and captain, it was England. But it was not his way to intone “Awake, arise, or be for ever fallen!” He was more inclined to say, in his suburban way, “Come on, lads, let’s get stuck in.”

Atherton was the finest English batsman of his generation, and captain in 54 Tests, a record for England

In every respect Atherton remained untouched by the vicissitudes of fortune and the ravages of time. Stoicism was his most obvious quality – he played for a decade on constant medication for an inflammatory condition affecting his spine – and there was a dryness of outlook that made him as much an observer as a participant. He was tough, though, and did not flinch in the face of furious bowling or allow his spirit to wilt in adversity. Indeed he was in his element in these circumstances, as the ingredients of his Lancastrian character came together to produce a towering effort.

Just as he did not strive to appease his opponents, nor did he seek to impress the baying public, even if in time the public took him to its heart and claimed him intimately as “Athers”. Not that this affected him; proud and private, he performed his duties on the field and then withdrew. Atherton enjoyed the community of the dressing-room and the fellowship of the football crowd, but otherwise he was content to be alone, reading, fishing or looking for a pair of socks in a bulging drawer. 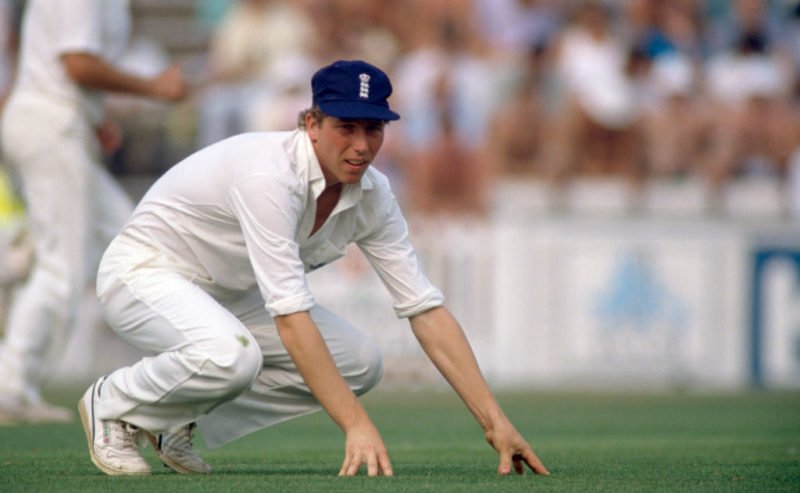 He was a tidy cricketer, and yet also expressive, for he did not depend entirely on the regimented. There was a touch of subcontinental subtlety in a manly Anglo-Saxon game, a thinness of the arm, a hint of wrist as he stroked the ball through point off back or front foot, sending it skimming to the boundary. None the less he regarded himself as a craftsman, not an entertainer, and he did not listen to the whispers of indulgence. His northern common sense outweighed the delicacies he had learnt and occasionally studied at Cambridge.

It was Mike Atherton’s fate, though not his fault, to represent his country when its fortunes were at a low ebb. England had been unable to find any cricketers of Ken Barrington or Graham Gooch’s calibre, players capable of dictating terms in any arena. Atherton did his utmost, especially against the Australians, whose directness stirred him: he later made friends with Ian Chappell, the most abrasive of them all. 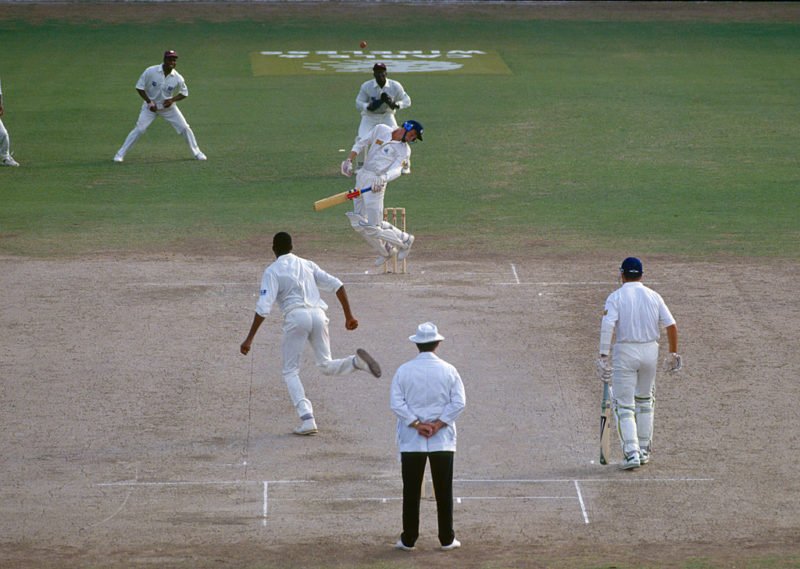 But he could not put the matter right. He worked hard, fought hard, told the unpalatable truth, and still England did not improve; so it was that his career ended as it had begun, with heavy and unavenged defeat by the Australians. Perhaps he lacked a clarity of character needed to provoke change. He was a wanderer and not a man of action.

Atherton averaged 37.69 in Test cricket and would have hoped for a little more. The top three England run-makers ahead of him – Gooch, Gower and Boycott – as well as Cowdrey, whom he passed in his farewell summer, all averaged more than 40. But, towards the end, his form fell away as his mind grew weary and his body made its complaints. It is the record of an accomplished cricketer whose contribution might be better judged from the stability he brought to the batting order during a long career that produced 7,728 runs in 115 Tests, and 16 centuries, none of them easily compiled. 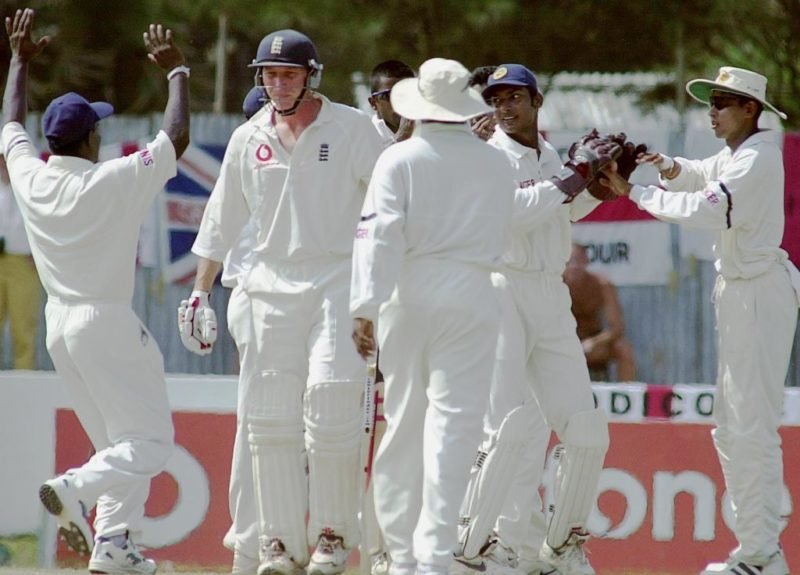 It was also his fate that his generation threw up some of the great bowlers of any age. There wasn’t much relief. Whereas batsmen of previous generations could hope to take advantage of humdrum attacks fielded by weaker nations, Atherton was confronted by Marshall, Ambrose and Walsh, Waqar and Wasim, Donald and Pollock, McGrath and Warne. No wonder he soon lost the carefree approach sometimes seen in his early days.

In Sri Lanka in 2001, where unrelenting pace is not an option, he had particular difficulty against Chaminda Vaas as a weakness against left–arm swing bowling was released – precisely the failing that had tormented Geoff Boycott many years earlier. Both men remained classically side-on till the last moment and often seemed locked in this position as the ball darted back and thudded into their pads. Boycott was the consummate technician whose game didn’t change much over the years. Atherton was more graceful and inclined to tinker, especially with the placement of his back foot, whose errant ways often brought unwanted trouble. Both were single-minded and watchful in the great tradition of opening batsmen. 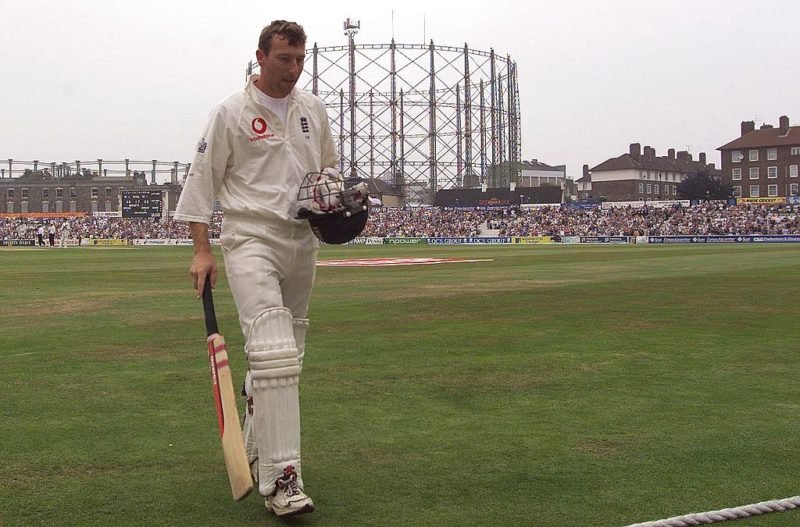 Better than most thoughtful men, Atherton could withdraw into a cocoon of concentration, an asset as a batsman but not necessarily as a captain. He was intelligent rather than intellectual and made his decisions easily, at the crease anyhow. A purposeful man with strong opinions and principles, he did not allow his career to fritter away; instead, after last summer’s Oval Test, he cut it short in the belief that his battles had been lost and won, and it is for the defiant innings he played in his country’s colours that he will be remembered. His duels with Allan Donald and Glenn McGrath were cricket played at its highest pitch. These bowlers strove for his wicket because they knew it was resourcefully protected. Atherton did not give in, his wicket had to be taken from him. He had the heart for the fight regardless of conditions and obstacles.

Donald sometimes prevailed, whereupon he wore a surprised and delighted look. Sometimes the batsman had the better of him, most notably in his unbeaten 185 at Johannesburg in 1995-96, an innings spanning three weeks, or so it seemed, an effort of mind and body that saved a Test match. It was the innings that secured for Atherton the respect and national affection he had not sought through any artificial means.

Atherton was the finest English batsman of his generation, and captain in 54 Tests, a record for England

The seeds had been sown the previous year, another South African series, when the chairman of selectors, Raymond Illingworth, fined him for not being honest with the match referee about having dirt – an “illegal” substance – in his pocket to dry his sweaty hands. The press magnified the incident into a cause célèbre; Atherton went to ground and considered resigning the England captaincy. He didn’t, and when he walked out to open the innings in the next Test, the Headingley crowd gave him a roaring reception. In similar circumstances, Fortune would have favoured lesser men with a century. Atherton was dismissed for 99.

McGrath was his nemesis. More than anyone else the Australian understood Atherton’s game and knew how to pierce his defences. Atherton liked to wait till the ball was under his nose, choosing his stroke at the last, often playing with soft hands, absorbing the ball like a sponge. McGrath would relentlessly pitch on exactly the right length, moving his deliveries around unpredictably and bouncing the ball steeply so that edges would carry.

Repeatedly Atherton was pushed back and, trying to adjust his stroke, often succeeded only in touching a ball others might have missed. He’d leave with a shrug and a sigh, and the Australians, respecting a fighter, were pleased to see him go. But he refused to change his game; it had been tried and tested over the years and had not let him down. He could not bring himself to chance his arm because it would be a betrayal of everything he knew and the team he represented.

Atherton was the finest English batsman of his generation, and captain in 54 Tests, a record for England. He was an even-tempered cricketer, a fierce patriot and a man prepared to fight his corner, popular with team-mates and, eventually, with distant observers. Yet he could seem aloof, even arrogant, to those who occasionally crossed his path.

His retirement was well timed and he’ll be able to relax now, writing books and articles, voicing his concerns, telling amusing stories and generally confirming that he is better company than he sometimes cared to show. He made an outstanding contribution to his country’s cricket and his only regret must be that greatness did not bestow its largesse upon him.