Arthur Carr was an abrasive but inspiring captain of Nottinghamshire who nurtured the talents of Harold Larwood and helped to shape England’s Bodyline plans. He was a Wisden Cricketer of the Year in 1923.

Mr. Arthur William Carr, to whom the season of 1922 brought such a marked increase of reputation, is an exception to the vast majority of Notts cricketers inasmuch as he plays for the county under the residential qualification.

He was born at Mickleham, in Surrey, on the 21st of May, 1894. He went to school at Sherborne and curiously enough was captain at every game except cricket. Still it was at cricket that he chiefly excelled. Not since his day, nor for many years before, has Sherborne turned out such a batsman. Mr Carr says that he owed much to the teaching of Tom Bowley, the old Surrey bowler, and that he also received excellent advice from Freeman of Essex, who followed Bowley as the school coach.

Under excellent tuition his powers ripened so rapidly that in 1910, when only 16, he headed the Sherborne batting with an average of 45. In the following year – his last at school – he did even better as, with a huge innings of 224 to help him, he averaged 62. While still at Sherborne he made a few appearances for Notts and late in the season of 1913 he left no doubt as to his potential force, hitting up a dazzling 169 against Leicestershire at Trent Bridge.

Then as now his strength lay in his fine driving. He played so little before the war that his name did not mean much to the cricket public. His real career dates from 1919. In that year he accepted the captaincy of the Notts eleven and since then he has every summer devoted all his time to the game.

I saw him bat for the first time when in June 1919 the Gentlemen of England beat the Australian Imperial Forces Team at Lord’s in a single innings. Scoring 41, he was for a few overs much at fault in timing Gregory, but having settle down, he drove the now world-famous bowler as few batsmen except Tennyson ventured to drive him in 1921. 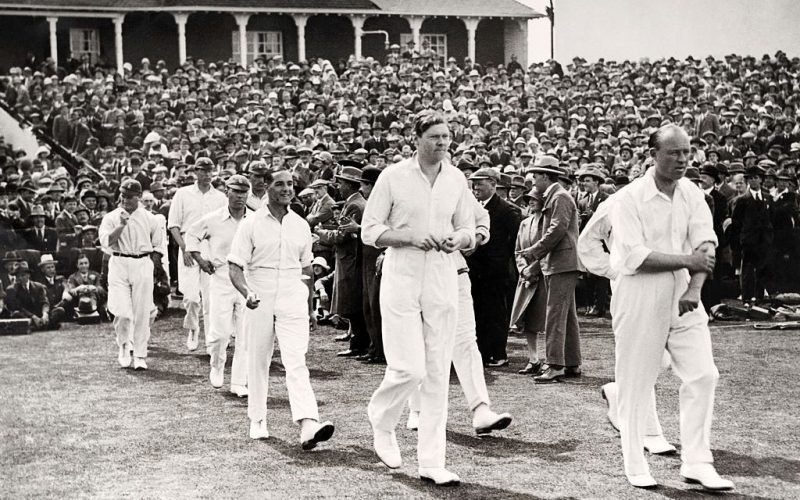 His form gained him a place in the Gentlemen’s XI against the Players at Lord’s three weeks later, and with an innings of 40 he justified the MCC’s choice. Mr Carr did not have a good season for Notts in 1920, but he won the Surrey match at the Oval with a splendid 105 not out and that made up for many disappointments.

In 1921 he got on very much better and last summer, as everyone knows, his batting and fielding for the Gentlemen at Lord’s gave him a higher place in English cricket than had ever been his before. His straight driving could almost have been described as the restoration of a lost art. Nothing quite so alarming to the bowlers had been seen since KL Hutchings was in his prime.