Alvin Kallicharran, the left-handed dasher, was an integral part of the dominant West Indies outfit of the 1970s and a longtime Warwickshire stalwart. He was named a Wisden Cricketer of the Year in 1983.

In a tortured 1982 season, when they usually had to sit and suffer, Warwickshire‘s followers could at least take comfort from the disciplined brilliance of Alvin Isaac Kallicharran. The little West Indian left-hander was the only batsman on the county circuit to score 2,000 first-class runs, hitting three double-centuries and five other hundreds in the Schweppes Championship. He also played one great innings in limited-overs cricket, his 141 not out against Somerset at Taunton securing a shock NatWest Trophy quarter-final success. One shot in this innings will be particularly treasured by those who saw it. When the 6ft 8in Joel Garner came round the wicket to bounce one at him, perfectly positioned, 5ft 5in Kallicharran hooked his towering adversary high over square leg for six with stunning power.

Captain Bob Willis provided an apt testimony when he said: “Alvin’s Taunton knock contained a myriad of high-class shots. His stock-in-trade pulls and hooks were supplemented by a series of silken drives on the rise through the off. Somerset came apart at the seams.” 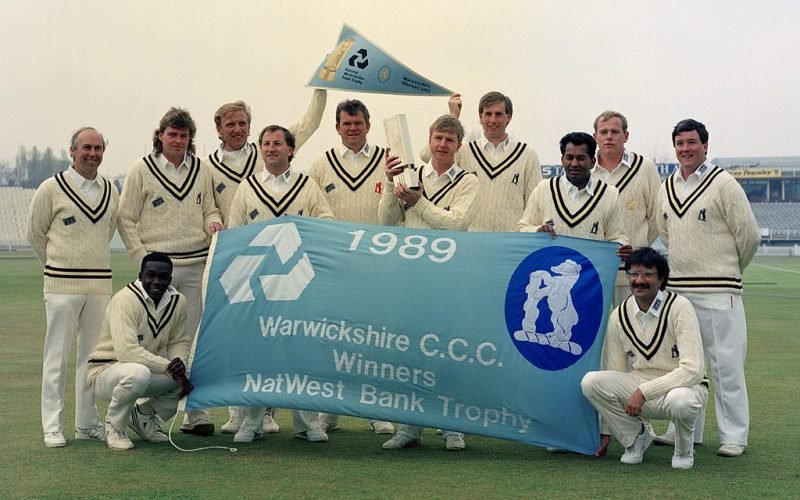 Not that a bonanza summer was unexpected. A sequence of events paved the way for Kallicharran’s prolific output. Following two lean series, against England and Pakistan, he was dropped by West Indies, having scored 4,399 runs for them in 66 Tests at an average of 44. Then Transvaal stepped in with a lucrative winter contract. The first West Indian to compete in South Africa’s Currie Cup, he averaged nearly 60 to finish third in the national list and inspire Transvaal to win the Benson and Hedges Floodlit Cup.

Banned by West Indies for having been to South Africa, Kallicharran returned to Birmingham with fire in his belly, a profusion of runs bursting to get out of him. And there was the added incentive of his 1983 county benefit being just a year away. Behind the sunny smile lies a steely, resolute character. His first century came at Dartford, followed by a career-best 235 at Worcester, his maiden double-hundred in first-class cricket.

Then, the day after Warwickshire had been swept aside for 43 by Sussex, he lifted them out of the dumps with 210 at Leicester. Gloucestershire were next on the list, being taken for 173 at Nuneaton. A week later came the Southport saga, Kallicharran scoring an undefeated 230 in an English record fourth-wicket stand of 470 with Geoff Humpage.

Edgbaston had yet to sample a Kallicharran special, but any voodoo was dispelled with 195 against Surrey, followed by 109 not out in the return against Worcestershire. Finally came the climax at Southampton. Kallicharran, the country’s leading run-maker, versus Malcolm Marshall, the leading wicket-taker – a contest to savour. Kallicharran countered Marshall’s extreme pace with unrivalled expertise, his second-innings 131 raising him past 2,000 runs for the first time in his career. Eight centuries in a summer equalled the Warwickshire record held jointly by R. E. S. Wyatt (1937) and Rohan Kanhai (1972).

Like Kanhai, Kallicharran is a product of Port Mourant in Berbice, Guyana, the same club which produced Basil Butcher, Joe Solomon, John Trim, Ivan Madray and the Christiani brothers, Cyril and Robert, all of whom played for West Indies. His father Isaac, a rice and coconut farmer, captained Port Mourant.

He was born on March 21, 1949, at Paidama, a rural settlement. He had four brothers and six sisters. When, as a youngster, he would sneak off the farm to practise cricket, his punishment was No food. Times were hard; he knew the score. Like so many of his countrymen he learnt his cricket in back streets and backyards, batting with any stick or branch he could find. The ball would be hewn from the bark of a tree, hence his corrugated right shin from getting into line at an early age. His impeccable technique was largely self-taught.

Uncle Ramjee, a Port Mourant shopkeeper, was the key benefactor during his youth, giving him the dollar a week which he needed to pay his club fees, and Kalli soon made his mark at Port Mourant School. Size proved no handicap. In 1966 he was selected for a West Indian Schools tournament. A couple of 90s against the Windward/Leeward Islands and Trinidad earned him trials for Guyana. At sixteen and a half he became the youngest player ever to represent Guyana in the Shell Shield. Another influential benefactor in his rise to fame was a Guyanan rum-manufacturer, Robert White, who bought Kallicharran his kit and provided him with work.

A postal strike frustrated Glamorgan’s bid to sign the promising young left-hander, and instead Alan Smith, after a flying visit to the Caribbean, brought him to Warwickshire in 1971. That winter he marked his Test debut with an unbeaten 100 against New Zealand in the fourth Test at Georgetown, followed by 101 at Port-of-Spain. Two innings, two hundreds. He averaged 36.75 in his first full series, at home against Australia, and on his debut tour to England, in 1973, he averaged 46.78 overall; 42.40 in the three Tests. In the return series with England, he played a thrilling innings on the first day of the first Test, at Port-of-Spain, walking off towards the pavilion apparently undefeated on 142. Spotting that Kallicharran had not gone through the formality of grounding his bat at the non-striker’s end, Tony Greig threw down the stumps. He had to be given out by umpire Douglas Sang Hue, but in the interests of peace and harmony it was agreed overnight that the decision be revoked.

Kallicharran’s 1976 tour of England was ruined by a shoulder dislocation that necessitated an operation. It prevented him from throwing a cricket ball for a whole year but his recovery was total, restoring one of the best throwing arms in the game. By autumn 1980, however, following a lean series against England in England, his Test appearances were numbered.

He had been, briefly, at the centre of the storm which broke around Mr. Packer in the English summer of 1977. Having signed for World Series Cricket, he discovered that he was in breach of another contract with a Queensland radio station. His subsequent, much-publicised withdrawal led to his being appointed captain of West Indies midway through the 1977/78 series against Australia in West Indies. With Clive Lloyd, from whom he took over, and the other Packer West Indians unavailable, Kallicharran had mixed fortunes as a Test captain, though his influence and experience were of inestimable value to West Indies during a difficult and unsettled period in their cricket history.

If, for political reasons, his Test career proves now to be over, there are, on the evidence of his 1982 form, both for Warwickshire and Transvaal, still many runs to come, at county and provincial level, from one of cricket’s most nimble talents.

This article first appeared in the 1983 Wisden Cricketers’ Almanack. You can pre-order this year’s Almanack here.