Kane Williamson, player of the tournament at the 2019 World Cup, also had an outstanding tour of England in 2015 and was a Wisden Cricketer of the Year for his displays that summer. Here’s Andrew Alderson’s profile from the Almanack of the New Zealander, who celebrates his birthday on August 8.

In a sport prone to narcissism and neurosis, Kane Williamson is an antidote. He appears as balanced in life as he is at the crease. A cricket tragic? Yes. An unbridled egotist? No. “Would you like a glass of water before we chat?” he asks, with an old-fashioned charm. He may be becoming a doyen of the game, but he is no diva.

Williamson appears destined to break most of New Zealand’s batting records. Before the 2015 World Cup, Martin Crowe suggested we were “seeing the dawn of probably our greatest-ever batsman”. It was quite a tribute from the incumbent. Soon after, Williamson made a classy 132 at Lord’s, joining Don Bradman, Neil Harvey, Garry Sobers, Sachin Tendulkar and Graeme Smith in scoring 10 Test centuries before the age of 25. 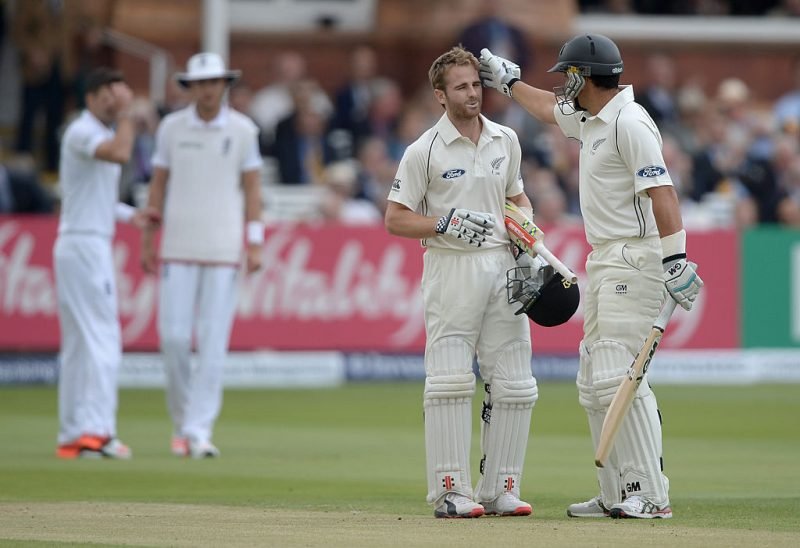 Kane Williamson scored 132 at Lord’s against England in 2015

His preparation, fresh from a largely redundant spell at the IPL, was revelatory. Drawing on his English experience – he had spent two seasons each with Gloucestershire and Yorkshire – he camped in his batting armour at the Nursery End nets and absorbed everything the New Zealand bowlers could offer. Once they had gone, he faced throwdowns, checking his alignment after each delivery, engaging in the odd discussion to see he was meeting expectations, never forcing a shot.

Order and structure are important: he doesn’t seem the sort of room-mate for whom you’d duct-tape a demarcation line. Williamson strokes rather than slogs; is altruistic but not puritanical; and prefers the company of a private circle of family and friends to social-media sycophants. Statistics hold little sway. His sole barometer is the team ethos. He demonstrated this during the one-day leg of the England tour, when he showed scant regard for pursuing hundreds after reaching the nineties, though he made 118 at Southampton. Instead he went for his shots – as long as the team had already laid a platform. Employing orthodox strokes, he averaged 79 from five innings, with a strike-rate of 104. In 26 ODI innings in 2015, he made three centuries and was out five times in the nineties. Williamson was unfazed; imperturbability is his modus operandi.

"In a sport prone to narcissism and neurosis, Kane Williamson is an antidote. He appears as balanced in life as he is at the crease."

And, when he wasn’t contributing with the bat, he could chip in with the ball. On the last day of the Headingley Test, his 3-15 in seven overs – including the wicket of Alastair Cook – hastened England’s demise. Having been banned for five months in 2014 for throwing, Williamson was also demonstrating his versatility: a dart-like action had been replaced by something more upright.

But it was his neurosurgeon’s hands, apparently gifting him an ability to bat with precision for hours or to seize the moment, which stole the headlines – as when he lofted himself into national folklore with a sangfroid six to beat Australia by one wicket at Eden Park during the World Cup. “I felt a silence after I hit it, then the crowd erupted,” he says. “To see people so engaged in the game was pretty cool.” 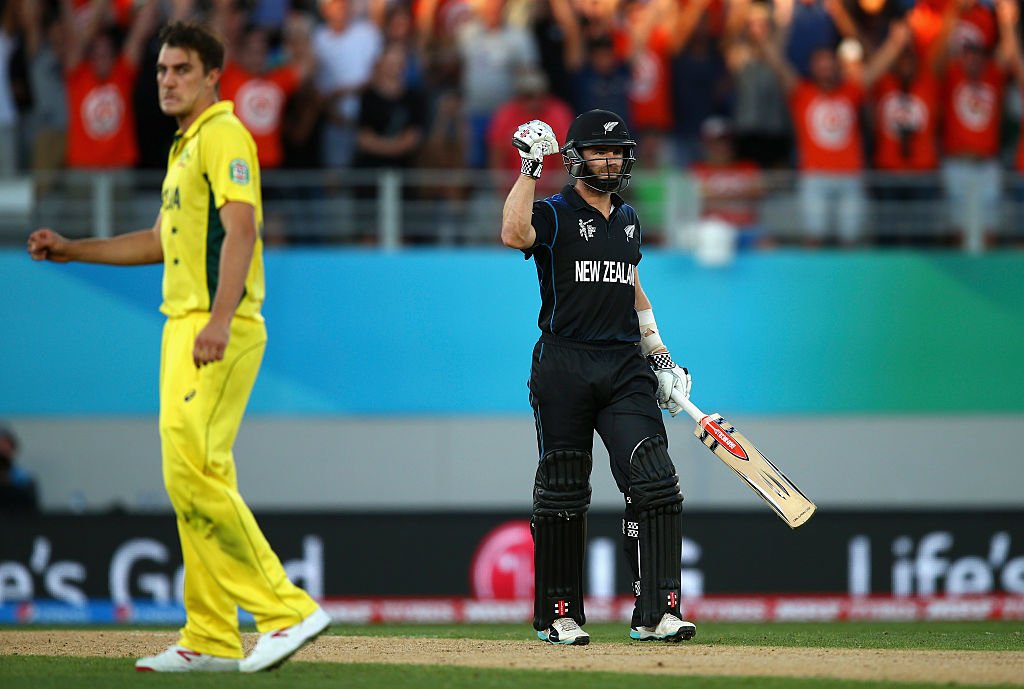 Despite New Zealand’s improvement, the opposition sense vulnerability if Williamson goes cheaply, yet no bowler appears capable of riling him. His appetite to improve meant he sought advice from No. 3 specialists such as Hashim Amla, Rahul Dravid and Kumar Sangakkara. “I enjoy talking to players I grew up watching, and working out how they achieved success,” he says. “Being a professional provides a challenging environment, with a lot of distractions. I like the way those players were calm. They took everything in their stride.” The English county scene also played its part: “The volume of cricket helps, regardless of how well you’re going. It allows you to be philosophical about the game’s ups and downs, without getting too intense.”

Kane Stuart Williamson, born in Tauranga on August 8, 1990, was a cricketing prodigy. His home town, on the coast of the North Island’s Bay of Plenty – a destination for holidaymakers, young families and retirees – provided an idyllic childhood. He grew up with parents Brett and Sandra, older sisters Kylie, Anna and Sophie, and twin brother Logan. His phenomenal work ethic was fostered here. “My parents said I was about two when I first picked up a bat. My dad had a cricketing background, and every day I was at him, wanting to practise. At Pillans Point School, dad organised the building of artificial nets. A bunch of parents raised the money and added a centre wicket. Our place backed on to the field, which was handy. Dad was big on back-foot play and using footwork to spin. He’d lob balls up, and I’d run down to hit them.”

"But it was his neurosurgeon’s hands, apparently gifting him an ability to bat with precision for hours or to seize the moment."

Another mentor was David Johnston, the former Bay of Plenty Cricket general manager. He recalls Williamson’s character as much as his skill. At a primary-school tournament in Gisborne, the coach – Williamson’s dad – swapped the batting line-up around to give others a chance after they had won their first two games. The top order collapsed, and Williamson, batting at No. 7, reached a hundred off the game’s penultimate ball with his side nine down. “Without prompting, he stood before the boundary rope and clapped his partner off, to demonstrate it was more than a one-man show,” said Johnston. 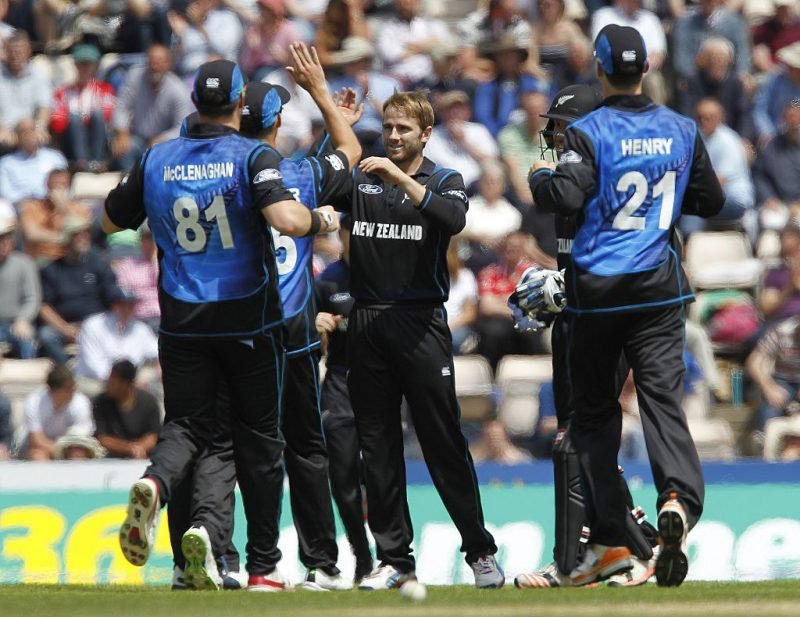 Williamson has the ability to chip in with the ball, bowling off-spin

“He had more centuries by the time he got to Tauranga Boys’ College than most cricketers score in their lives. But he has always been a balanced young man.” That attitude extended into the international ranks. Former New Zealand batsman Glenn Turner noted Williamson’s demure celebrations when, barely out of his teens, he became his country’s second-youngest Test centurion, at Ahmedabad (less than a month earlier, in Mirpur, he had become their youngest one-day centurion). “It indicated he felt the job wasn’t done,” said Turner. “If you let yourself go too much emotionally, it’s hard to get yourself back. I remember doing some work with the Under-19s, when Kane was a bit younger than the rest of the group. He stood out, not only because of natural talent but because he was one of the few who asked questions.”

New Zealand are grateful he has provided so many answers.