Allan Lamb, who celebrates his 65th birthday this month, lit up England’s Test side in the 1980s with his attacking batting style. But his route to the Test-match cricket was far from conventional. Alex Bannister looked at the back story when Lamb was a Wisden Cricketer of the Year in 1981.

In 1977, three young South African cricketers arrived in England in search of fame – and the prerequisite of a county contract. All were from the Cape. Allan Lamb and Peter Kirsten (who had played for Sussex against the 1975 Australians) were specialist batsmen; Garth le Roux was a fast bowler. And as their sponsored enterprise had been initiated by Eddie Barlow, then captain of Derbyshire, it was natural that they should base themselves in that county. For Derbyshire’s Second Eleven Kirsten returned a spectacular average of 133.50 which led to his remaining with the county. Lamb also did well and Le Roux, later to join Sussex, was second in the bowling averages. In the same season, in the also batted and also bowled for Northamptonshire Second Eleven, lurk the same names of Lamb, Kirsten and Le Roux. They fished in several waters. On Saturdays, for example, Lamb was a successful batsman for Holmfirth in the Huddersfield League.

Having advertised the considerable ability which was to take him to the top of the national averages in 1980, Allan Joseph Lamb returned to the Cape with runs aplenty from his English adventure, but lacking the much-wanted contract. The gods, however, had not forsaken him. Back at Northampton, a serious shortage of class had been created by the departure of Mushtaq Mohammad, Bishen Bedi, John Dye and Roy Virgin. Replacements were a top priority, and over Christmas Roy Barker, a member of the Northamptonshire committee on a business visit to South Africa, appeared like Santa himself with a contract for Lamb. 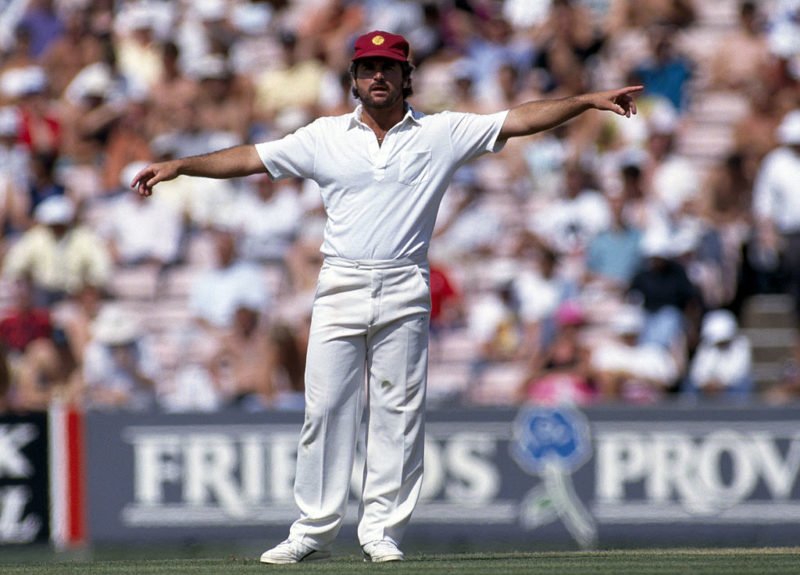 Allan Lamb arrived in England from South Africa in 1977

It was a tough first season. Northamptonshire, ironically, celebrated their centenary by finishing last in the Championship. Among several injuries suffered by the team was a broken finger which put Lamb out for a crucial three weeks. The weather was poor, and yet in conditions foreign to him Lamb scored 883 first-class runs with an average of 46.47. In the following year, rich promise ripened into fulfilment with 1,747 runs, an average of 67.19, and general agreement that a new star adorned the county scene. Only Geoff Boycott and Younis Ahmed had better figures. Lamb’s aggressive style was reflected in no fewer than 315 boundaries.

Far from being awed by the tall standard he had set himself, Lamb ended the 1980 season with 1,797 runs and first place in the national batting averages with 66.55. He also took the Gold Award for his match-winning 72 in the Benson and Hedges Cup final against Essex, which showed him to be a man for the big occasion. “I thrive before a large crowd,” he says. “It excites and challenges me, and Lord’s is the perfect setting. I think my best innings for Northamptonshire have been in the major cup competitions.” 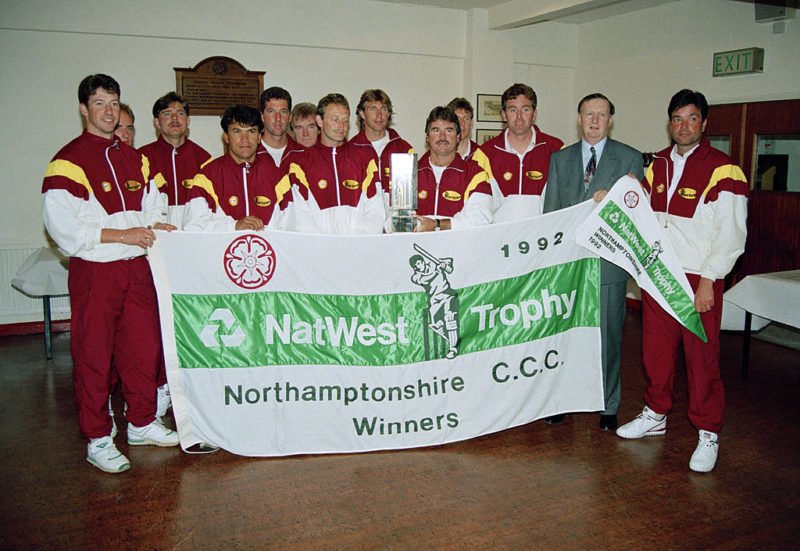 Lamb holds the NatWest Trophy his Northamptonshire side won in 1992

Born at Langebaanweg, Cape Town, on June 20, 1954, Lamb was imbued with a love for the game by his father, Mickey, a club bowler, and his mother, Joan, an ardent spectator who never willingly missed a match. Both parents came from London. Father helped a lot with the basic principles of batting, and Allan was an apt and eager pupil. His batting flair was evident at Wynberg Boys’ High School and Abbots College, and in two Nuffield Schools weeks in Rhodesia and Johannesburg he was outstanding. Towards the end of the 1972-73 season, when only 18, he was selected for Western Province in the Currie Cup. Batting at No. 3, he made 59 and 36 against Eastern Province.

Before leaving for National Service in the South African Air Force, which meant an absence of two years from the first-class game, he had another match against Natal and two one-day outings. After helping to build airfields, he returned to Western Province, this time as an opener. The position did not suit him, and a year later he dropped to No. 6, where he made an impact with more than 600 runs. No. 4, however, was to become his true and permanent position.

Lamb always wanted to play in English county cricket. His coaches in South Africa – Tom Reddick (Nottinghamshire), Don Bates (Sussex), David Steele (Derbyshire) and George Sharp, now a Northamptonshire team-mate, as well as Barlow – nourished his ambition. Yet when the chance came, some technical adjustments were necessary. “After the hard and firm pitches of South Africa I found I had to wait for the ball in England,” he explained. And, with some understatement, he added: “by the end of the season I was beginning to get it right.” 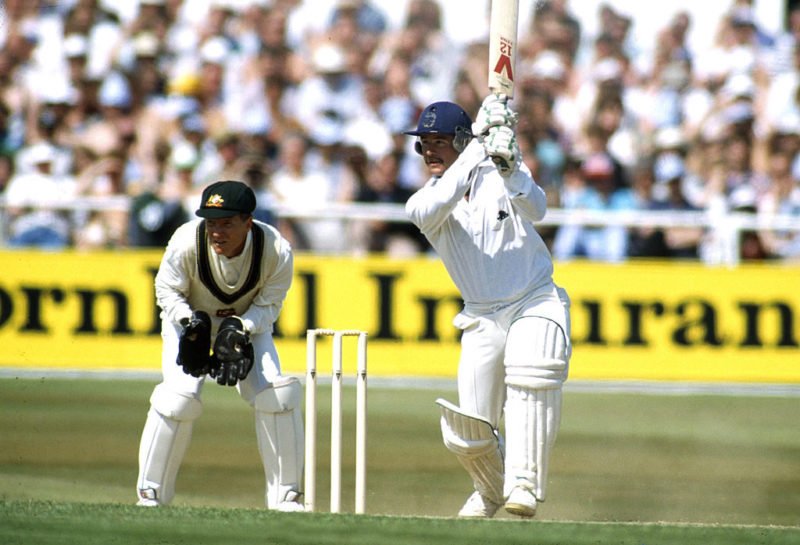 Like many champions reared on true and trusted surfaces, Lamb is an instinctive stroke-maker and an attacking player. An uncomplicated philosophy is his recipe for success. “I am not a defensive player. My main objective at all times is to score runs, and to look for runs off every ball. I believe that as you are likely to get a good ball sooner or later it is pointless to wait for it with a passive outlook. I look to score off most balls I face, and I dislike leaving the bad ball, such as a wide or a long hop, as some do. Playing in England has not only been a great experience, but has vastly improved my game. I have learned a lot, especially about turning wickets, and I have begun to play spinners better.”

Inevitably Lamb’s record and healthy methods aroused speculation in 1980 about possible future qualification for England by residence. There are three cogent reasons why he could opt to become available for England – a natural ambition to play at Test level, his English parentage, and his enjoyment at playing and living in Northampton where he has made many friends. But it is a personal decision only he can make. One fact emerges with shinning clarity. If he continues his consistent brilliance, it would take an unusually good batsman to keep him out even of a vintage England team.

Allan Lamb qualified for England in 1982 and made his debut against India that summer. He played in 79 Tests, captaining in three and scoring 4,656 runs at 36. He made 14 centuries.