Alastair Cook, born on Christmas Day 1984, was well on his way to becoming England’s most prolific batsman when he was named a Wisden Cricketer of the Year in 2012.

It is an innings Alastair Cook regards with “a tinge of disappointment”. That it brought him 294 career-best runs speaks volumes. Even after grinding down India at Edgbaston, he wanted more. He always wants more. It is the sign of a batsman of the highest calibre and discipline.

His year had begun with 189 at Sydney and the winning of the Ashes series. But fatalism stalks most batsmen. He made a staggering 766 runs in those five Tests; only Wally Hammond, with 905 in 1928/29, had compiled more for England in a series against Australia. It had to end some time, didn’t it? Cook was determined to scupper that assumption. In his next three Test innings, against Sri Lanka, he made 133, then 96, then 106. And so it went on. In 2011 alone, he scored 927 Test runs at an average of 84. 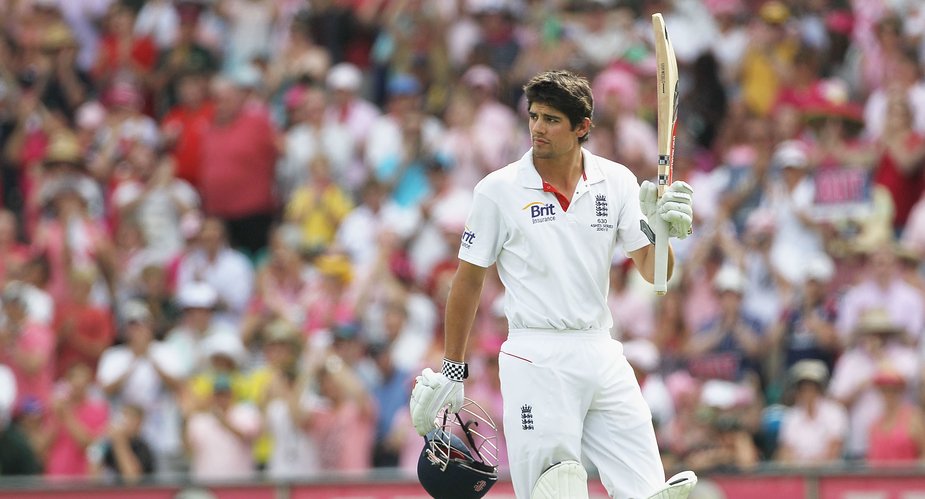 Cook departs after amassing 189 at Sydney

He clearly disliked the taste of failure that had visited his plate in the summer of 2010, when he had made only 106 runs in eight Test innings against Bangladesh and Pakistan. He was close to being dropped for the first time in his Test career. For almost a year, he had been wandering, attempting to use a different technique. His batting had never been the easiest on the eye – slightly at odds with his good looks – but now he was cricket’s equivalent of a gorgon, with a stiff and unnatural back-lift he kept fussily glancing at, and so many trigger movements he could have been tap-dancing.

It was then that Cook made a huge decision. Before the Oval Test against Pakistan in August 2010, he told coach Andy Flower: “I’m going back to how I was.” He would revert to his old technique, with a double back-lift and back-and-across feet movement, that had first brought international recognition and nine Test centuries, even if he had made three more (one against South Africa, two against Bangladesh) during his period of tinkering.

“I felt I was becoming too methodical,” says Cook. “I was almost playing too straight. I was lining myself up so well that I was patting back balls pitching on middle stump.” Previously he had been clipping those balls through mid-wicket. He failed in the first innings at The Oval and, on the second evening, he and Andrew Strauss had to face three uncomfortable overs. Strauss did not survive, but Cook did, negotiating two balls without scoring.

The first delivery he faced the next morning from Mohammad Amir was full and on off stump. Cook hit it wide of mid-on for four. “I was away,” he says. He certainly was – to his 13th Test century. His life has never been the same since. “It proved to me I might not have had the perfect technique before, but I tried something different and it was nowhere near as good.”

Alastair Nathan Cook was born on Christmas Day, 1984, in Gloucester, the son of Graham, a British Telecom engineer, and Elizabeth, a teacher from Swansea. They lived in Essex, but were planning to visit their families – Graham’s in Cam, Gloucestershire, and Elizabeth’s in Wales – over the festive period, when Alastair, the second of three boys, arrived two months early at Gloucestershire Royal Hospital.

Cook grew up in Wickham Bishops, a village near Maldon, and at the age of eight was offered a place in the St Paul’s Cathedral Choir School. By the age of 13 he had decided a life in music was not for him, but it had not been time wasted. For a start, he was able to get a music scholarship to Bedford School. And the dedication required at St Paul’s had inculcated a lasting rigour. “It enabled me to learn about concentration. We simply could not make any mistakes. It definitely helped my cricket.”

He proved rather good at making stunning and often immediate statements
At Bedford, now aged 14, Cook was sitting through double physics, miffed he had not been selected for the First Eleven against MCC. But MCC were one short. He rushed to his boarding house for his kit, and arrived at the ground to be told he was batting at No.3. By the time he was padded up a wicket had fallen. He hurried to the middle. And scored a century.

He proved rather good at making stunning and often immediate statements. Take the two-day match in 2005 for Essex against the Australians, when Cook scored 214 against an attack of Brett Lee, Jason Gillespie, Shaun Tait, Michael Kasprowicz and Stuart MacGill. “It got my name noticed,” he says. “It was one of the flattest wickets I’ve ever played on, and having played Test cricket now I know how different those games are. But they were still trying!”

Six months later, he was making his England debut. Summoned to India from an A-team tour of the West Indies, he was batting only two days after arriving in Nagpur. He made 60, then, gloriously, 104 not out in the second innings. “The pressure was off,” he says. “You’re not supposed to be able to fly halfway round the world and make runs straight away in Indian conditions.” But it helps if you don’t sweat: during that remorseless 294 at Edgbaston, all 773 minutes of it, he did not once change his gloves. 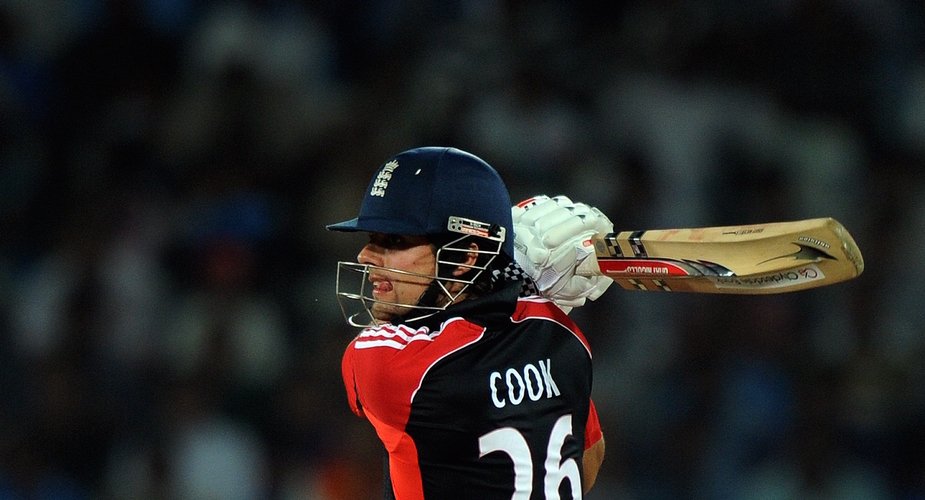 Only in long one-day innings does Cook feel the need to do that. His post- World Cup ascent to the 50-over captaincy was not a universally popular decision. And although his team finished the year poorly by losing 5-0 in India, they did defeat both Sri Lanka and India at home. What’s more, Cook scored 600 runs in the year at an average of 46 and, most importantly, with a strike-rate of 93. Previously it had been 71.

He had defied his critics. Not that he would crow. England cannot have produced too many more amiable and self-deprecating cricketers. In time, it will probably be confirmed that England never produced a more prolific Test batsman either. By the end of the 2011/12 series against Pakistan, aged only 27 and now a married man, Cook had 6,027 Test runs with 19 centuries; only Sachin Tendulkar had reached 6,000 at a younger age. His mentor and coach Graham Gooch’s national record of 8,900 runs stands little chance. And neither do the 22 centuries made by Hammond, Colin Cowdrey and Geoffrey Boycott. The struggles of 2010 feel like another lifetime.