In the second 2019 diary entry from our secret village cricket captain, our skip bemoans the no-win situations he finds himself in every Saturday.

A month in and I’m spinning plates. Here are just three of the impossible balancing acts us skippers fail to manage every week.

Three games in and we’re table-toppers. Sweet, right? Tell the whingers. How can you placate all and sundry when you bat to 11 and have eight reputable bowling options? Not doable. They whimper when they don’t get a meaningful game and feel maltreated when they’re dropped to a lower XI to offer them just that. I’m not dishing out charity overs here – this is league cricket. Like it or lump it, champ. (Though I’ll come begging during the next availability drought.)

Maybe the game should regret suffocating friendly cricket. The balance between winning and inclusion was simpler when I was Sunday skipper a decade ago – there was only muted pride at stake (our club will receive a few hundred notes and a little shield if we win the division this year… high-stakes stuff). And do you persevere with the battle-hardened fiftysomethings or take a short-term hit with youth? Should I prioritise juniors in the batting order, even if the veterans are more equipped, paying double their match fee and available every week? I’m actually asking.

I’m being blitzed with philosophies from these Brearley wannabes yet no one offered to seize the throne during the AGM. There’s the chirpy chappy who considers anything less than a six-man cordon an expression of his captain’s innate cynicism. He’s the one who’s flip-flopping his way around the boundary when he’s next man in because “these boys will see us home”.

Then there’s the veteran who scowls because I’ve had the audacity to remove him from his stationary gully position. Oh, and the ex-first-teamer, who has all the answers to the game’s infinite eventualities – a disciple of Sachin sent down to shower us second-team peasants with his worldly wisdom. If only his batting average was as godly. 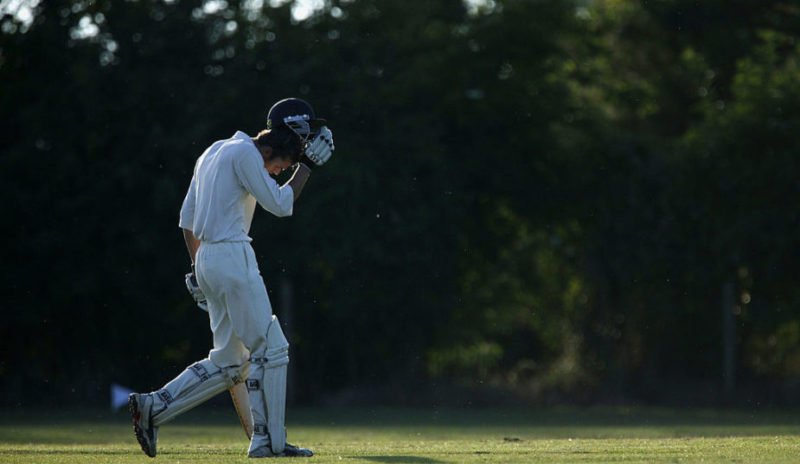 Apparently, I can now only pick players who are paid-up members: “May 31 is the cut-off point,” says the secretary, so I’ve got a pool of four to choose from. The same fella is demanding promotion so we can reduce the gap between firsts and seconds. The chairman says every player must wear – and pay for – the new club shirt because we don’t want to vex our new sponsors. Fair play, but this ‘medium’ would be roomy on Mohammad Shahzad. The head coach insists I must base selection on training attendance. I tell him not everyone can side-arm for a living. I offer them all a faint nod, hoping it’ll buy me another month before I’m reminded of my loyalties.

Still, did I mention we’re top of the league?