After having a hammer blow delivered by the man in the highest office in the land, Wisden Cricket Monthly editor-in-chief Phil Walker finds the recreational game defiant, emboldened, and desperate to find a way to make it work, in spite of everything.

Make no mistake, cricket got triggered this week. It happened in the House of Commons, without warning, after a polite enquiry from the Tunbridge Wells MP Greg Clark, who was seeking assurances from his prime minister to rubber-stamp the return of recreational cricket in line with the opening of pubs, shops and the like. Following a grisly few months, the mood inside the game had been buoyant of late, and with a breakthrough reached, Clark was hoping to tap into it.

No one anticipated what came next. “The problem with cricket,” off-the-cuffed the prime minister, “[is that] everybody understands that the ball is a natural vector of disease,” adding that the government would therefore not be changing the guidance prohibiting play and dragging cricket through a mangled metaphor to enforce the arbitrary randomness of his point. “Everybody wants to add something onto the great wheelbarrow of measures, and at a certain point, there will come a straw that breaks the camel’s back.”

The game reeled. The ECB were caught on the hop. Club cricketers, their patience tried, came together in a fury. Even Clark himself, having asked the question, took to Twitter and then The Telegraph to dispute the “absurd” stance of his leader, a point that was subsequently rammed home by other MPs from both sides of the house. After a positive few weeks, cricket had been boxed-in, forced to refute its latest characterisation: this time, as a sport supposedly reliant on a toxic orb so dangerous that it requires the prime minister himself to block its use.

The prime minister’s claims have yet to be supported by the science. Earlier this month Wisden spoke to Dr Bharat Pankhania, senior clinical lecturer in infectious disease control from Exeter University. He said: “The possibility of a ball carrying infection is remote, remote. It may have infectious saliva on it, but I don’t think the ball is infectious. It’s out in the open air, a drying-out environment, which is perfect. Even men around the bat [in close proximity] is only a marginal risk.”

Dr Pankhania is by no means a lone voice. The ECB has been involved in high-level discussions with a cohort of independent epidemiologists and experts in infectious disease. The governing body’s attitude throughout this pandemic has been one of respectful caution. Some have felt inside the organisation that they could have pressed their case more forcibly in public. Others that the unique complexities of the time required a delicate approach. 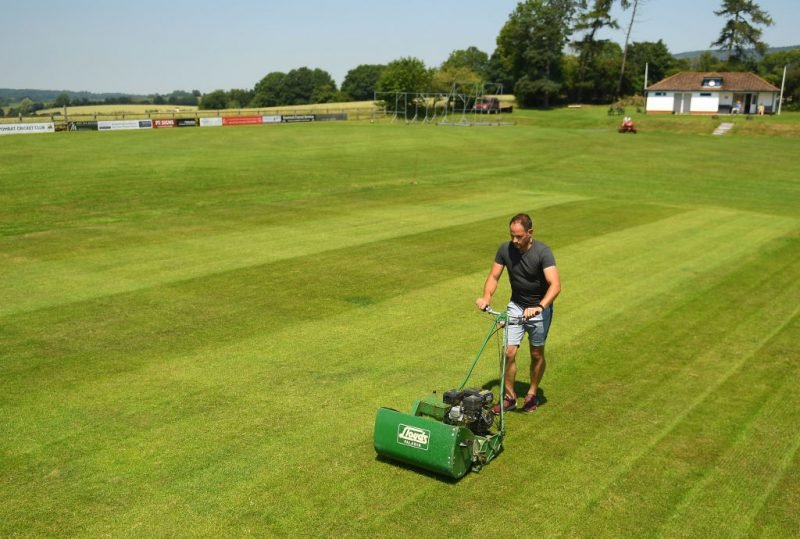 Regardless, after more than two months of lobbying, the ECB had finally got to a position to confidently instruct league chairmen to mobilise their member clubs in preparation for an early July restart. Some club chairmen emailed about getting ready for the weekend of July 4/5. Others – including my own – mindful of logistical hassles and underdeveloped pitches, edged towards the following week. There was inevitably some discrepancy in the messaging from club to club and league to league, but after weeks of push-and-pull diplomacy, the headline was unequivocal: it’s on, it’s back, get ready to play.

Cricketers scoured their calendars to see how many weekends were left of the summer, and imagined what kind of fixtures could be squeezed into them. There was talk of halved league seasons, of midweek T20 matches and double fixtures on the same day. There was renewed hope that clubs’ junior sections could yet play enough good cricket this summer, and not take flight for other pursuits in quite the droves many were fearing. After months of antsy inertia in which many cricket clubs reassumed their default setting of inevitable fatalism, things were moving again, with that momentum building right up to the point of the right honourable member’s question.

In response the ECB decided to back itself. They had been walking a fine line for months, staying quiet in public and ultra-conscious of the sensibilities around Sport England’s £10m annual outlay to a game facing financial constraints. In an otherwise mollifying statement released that evening, this sentence was included: “We believe that cricket is a non-contact sport, with very low risks of exposure, and that it can be played as safely as many other activities being currently permitted…. It is our strong desire to work with Government to see the return of recreational cricket on or around July 4.”

The sense of haphazardness has indeed been hard to shake. Basketball, a fast handling game, is on, but cricket is not. Pubs are swinging open, beaches are packed and Oxford Street is bustling, yet cricket clubs remain shut. They may not be revenue generators. Yet their value goes way beyond pounds and pence. Cricket clubs can offer solace, meaning and respite; and we could all do with some of that just now.

Simon Prodger, who is close to discussions at the ECB as the boss of the National Club Conference, may lament the “total lack of consistency” shown at the top of government, but he refuses to be defeated. Does he think that the early July dream is over? “No, no I don’t. They [ECB] wouldn’t be sending out those messages if it wasn’t genuinely their feeling. There has to be something behind that. ECB have been working really hard on the recreational game, more than ever in my time. This singular commentary… came out of nowhere. The hope has to be that the professionals within the ministry have a rather deeper and better understanding of the realities of risk than the prime minister does.”

It’s understood that further encouraging conversations have taken place between representatives from the ECB and the Department for Digital, Culture, Media and Sport, with more lined up for the next few days. It is still the ECB’s intention to get cricket up and running by the weekend of July 4.

What such cricket will look like – and crucially, how enthused players will be to play it – is another matter. Most clubs appreciate that some form of adaptive play is inevitable. At this stage, with restrictions still in place for outdoor gatherings and social distancing – albeit reduced to just one metre-plus – expected to be in place for at least the rest of the year, full 11-a-side games are unlikely. None of the club chairmen that Wisden has spoken to are planning for the immediate return of full-size matches, and indeed some are quietly relieved that smaller, shorter games may help with managing availability numbers. “I still think we’ll be playing some form of T20 or short-form games from the end of July,” said one chairman, from a club in the south east. “That’s what we’re gearing up to. But we can put a line through early July now.”

Whatever is settled upon, players will have to be flexible. What it will take, says Prodger, is acceptance that things aren’t the same. “Towels, disinfectant wipes, fielding units with hand sanitisers available, with the ball being cleaned every five overs – if it’s a question of getting the game on, I can’t see why we can’t adopt those measures.”

The anxiety from those at the sharp end is that the many hand-to-mouth clubs which somehow contrive to keep going will be terminally flattened. “Even before the pandemic we were worried about clubs merging or disappearing,” adds Prodger. “Fewer core cricketers playing on a regular basis, issues around the right formats to be playing at every level of the game, participation challenges – these were issues that existed before the pandemic.”

Even with a return this summer, the damage to the game will be severe. “No question some clubs will go,” he says. “The problem with that is that the number of players are reduced – some will go to other clubs, and some will just give up. That is a proven truth.”

This was the week when amateur cricket finally got its dues, and it emerges somehow emboldened. It’s had to wait in line. The professional game (or rather the men’s version of it) has rightly been prioritised, as the central cash driver upon which the rest of the game hangs. As of next week, some demonstrably strange Test cricket will go ahead, which, considering the spumes of blather and misdirection cascading from the top of British life over the last few months, feels like quite an achievement.

But it’s elsewhere where the game truly lives and breathes, out on the roughhouse recs and manicured greens. That’s where the game is. We shouldn’t underestimate the money which has come in from outside of it – £15m in small business grants, contributed by government and local councils, of which my own club has itself secured a much-needed cut. For many, these handouts are life-savers. And this is it now: survivalism. No one is prepared to contemplate the cost of no recreational cricket this summer. And no one should have to.

Brought to you in association with NatWest, Wisden’s Club Cricket Partner, supporting cricket at all levels for almost 40 years and a proud partner of the ECB and Chance to Shine. NatWest CricketForce helps local cricket clubs to make more from their money through free online advice and toolkits.