This month, the Club Spotlight falls on Highgate CC. We caught up with Johan de Silva, chairman of the club, who has been instrumental in improving the club through player recruitment, local funding and the All Stars Cricket scheme.

League: ECB Middlesex Premier League
Bio: A vibrant club situated in the Shepherd’s Cot in Crouch End, North London, where there are a number of clubs in close proximity, including Hornsey, North Middlesex, Crouch End and North London. Established in 1879, the club has five Saturday League XIs, two Sunday XIs, a midweek XI and a thriving junior section. 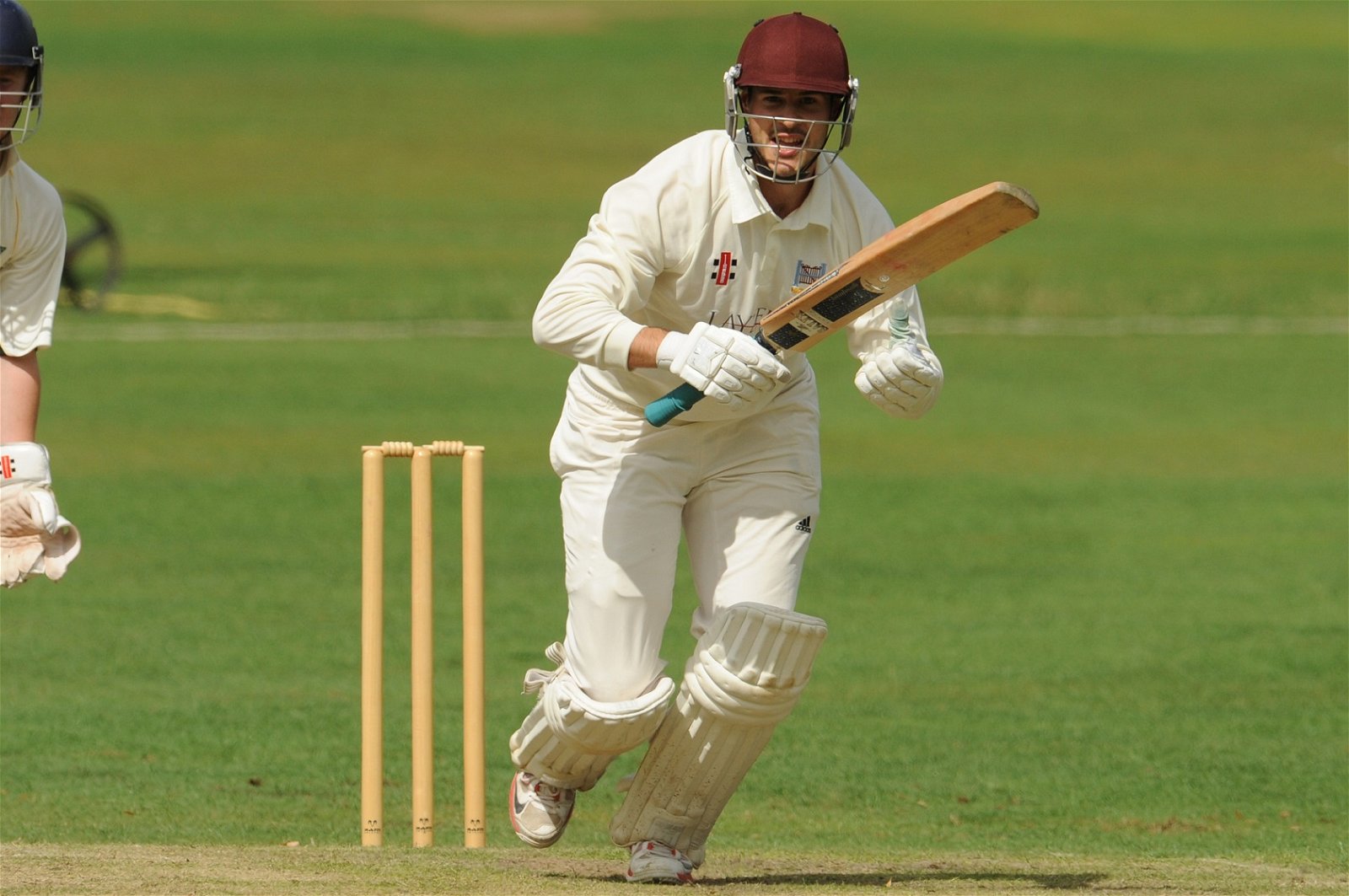 How has the club adapted to its first season in the Middlesex Premier League?

The Premier League has been an excellent experience for the club. Despite being one of the smallest grounds in the league (and possibly London in general, given we have a 40-yard straight boundary at one end!), we were able to move up into the Premier Division having been crowned Champions of Division 2 in 2017. Through much recruitment, we have the core of a side who are able to compete but have, at times, not quite been able to close out some games in what is an extremely competitive league. However, we have high hopes for the remainder of the season and look forward to embarking on a run of victories to secure our spot in the Premier League for another year. 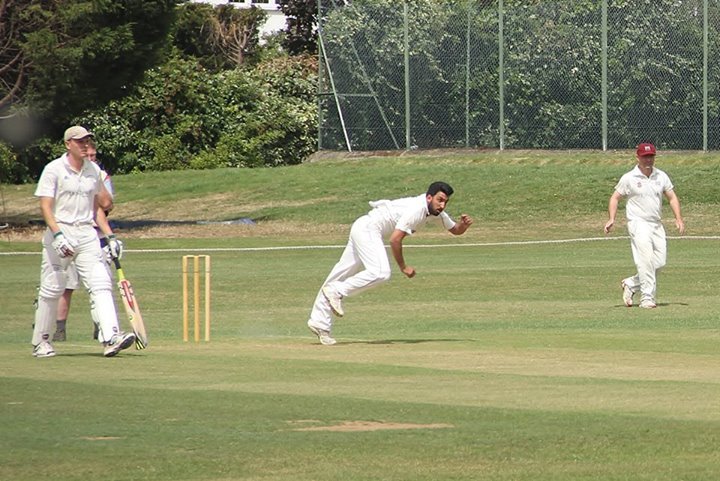 Following a successful period from 2014–2017, we had a change of leadership and restructures in both senior and junior committees. The new individuals dedicated countless hours over the winter to create a development plan to cater for all the needs of the club – in particular, boosting hire-outs, redeveloping the junior section, initialising plans for women’s and girls’ cricket and utilising our tennis section in a more strategic manner. 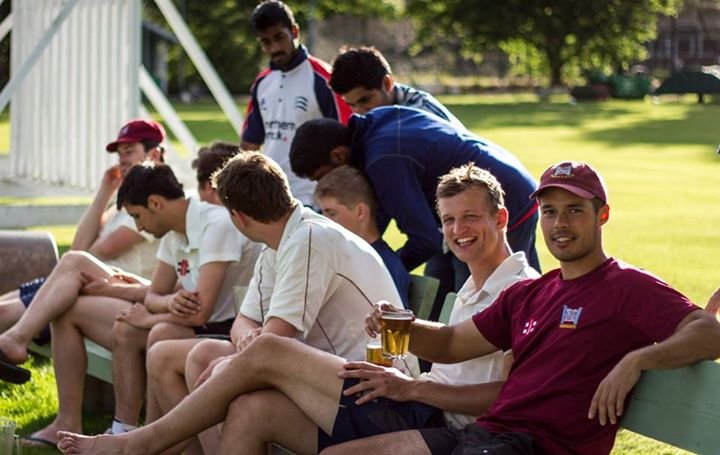 How have you funded your new programmes?

Related Story: Watch: Mark Wood takes five-for in return to club cricket
We have been tireless in our work in the local community. One club member single-handedly took it upon himself to door-step 360 local businesses trying to sell match-day sponsorship, raising a significant amount of cash and also building links with the local community. Furthermore, we have been active in looking for funding opportunities to support our activities, particularly in relation to All Stars Cricket and the junior section. Hopefully this will lead to improved facilities and links with local primary schools. Having managed our funding over the winter, we received a EWCT Small Grants Scheme award to rejuvenate the clubhouse. 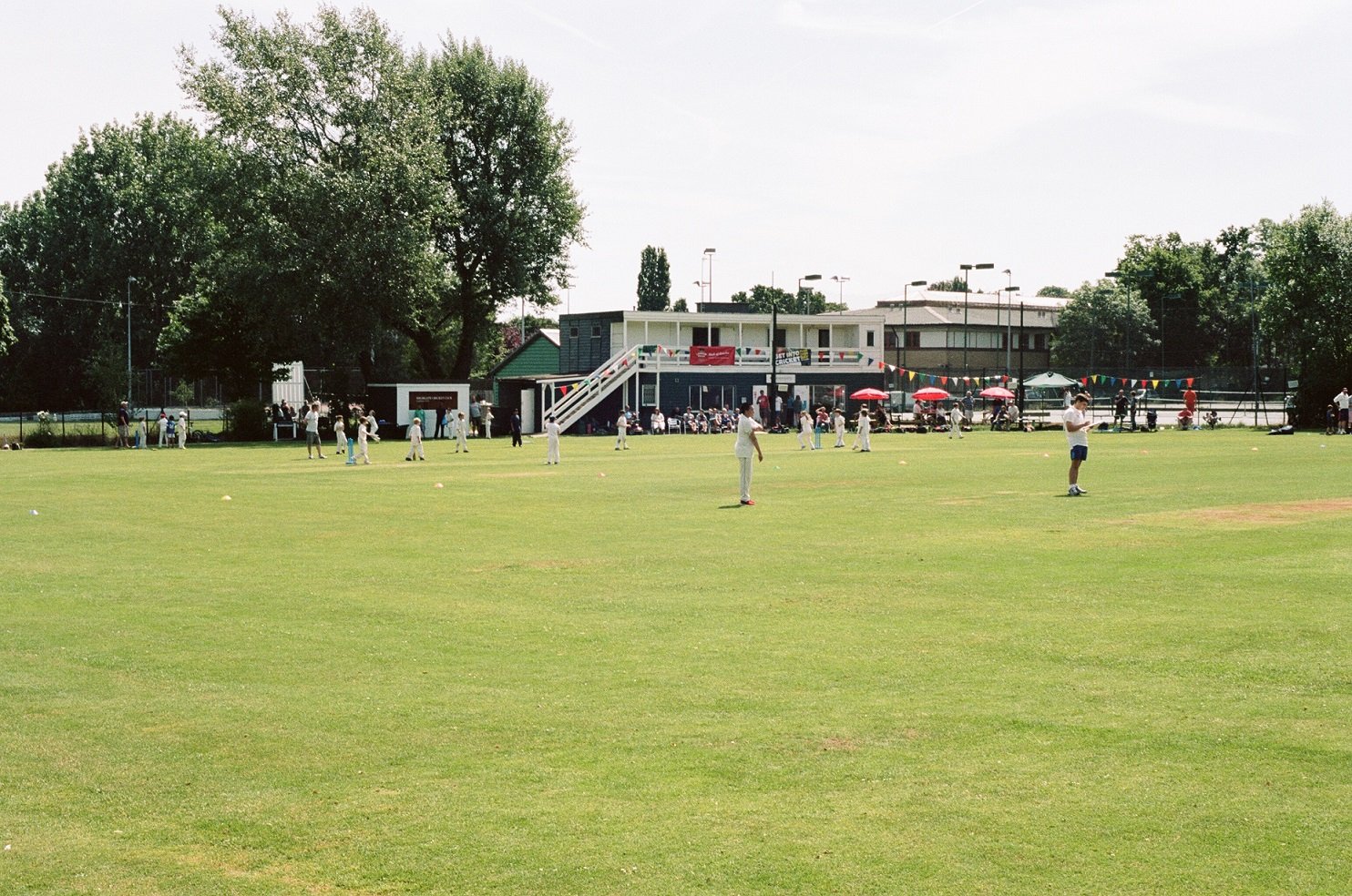 What are you doing to boost player development?

Through a change in committee structure, we were able to implement a new role as director of junior cricket. Renewed effort has gone into the junior section to create player pathways, so that parents with five-year-olds can see how we plan to make their kids fully-fledged senior members in the years to come. Players are given the opportunity to hone their skills through one-to-one coaching sessions, take part in senior nets and represent the club in various competitions, such as the Middlesex Youth Cup and Middlesex Development League. We have also recruited and trained eight coaches, so we have a lower coach-to-player ratio. It has been really pleasing to see seniors give back to the junior section, with many sacrificing their Friday nights to help out.

And you’ve joined the All Stars Cricket scheme … 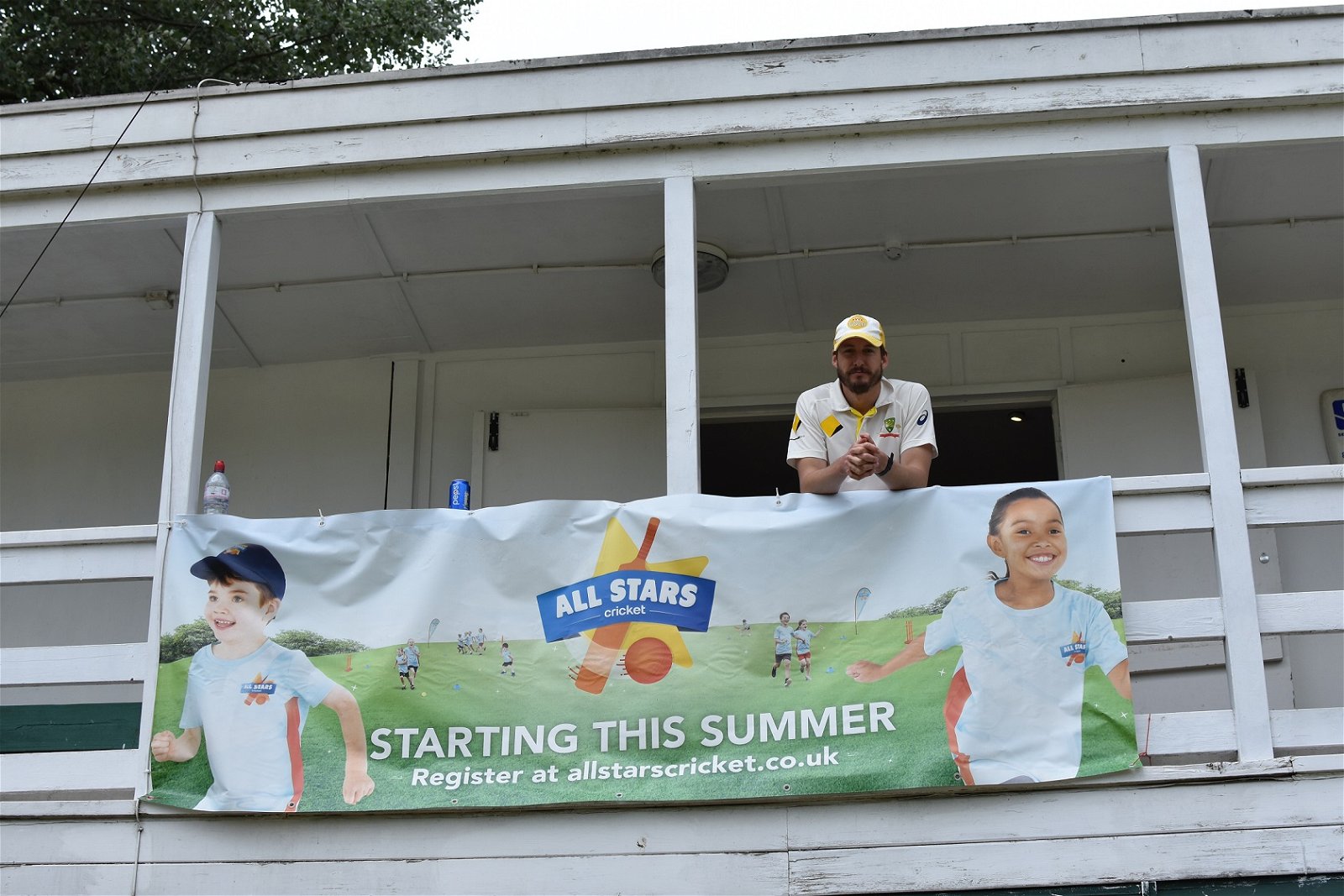 Related Story: Bangladesh in Zimbabwe 2022: Full schedule and match start times for ZIM v BAN T20I & ODI series
All Stars has been a major success. We welcomed 18 All Stars in 2017 but only had a limited push on this initiative. This year has been the opposite. The programme is led by myself and is centred around providing parents with as much choice as possible. This is unrivalled in the county and local area, with other clubs only committing resources to one programme. Despite a few bumps along the way, the club were able to market their activities far and wide, even utilising Twinkle (All Stars Mascot) and Pinky (Middlesex Mascot) to good effect! By recruiting another coach, Lucy Pringle, we were able to accept more children and eventually ended up with 149 children in total. This is a fantastic achievement. 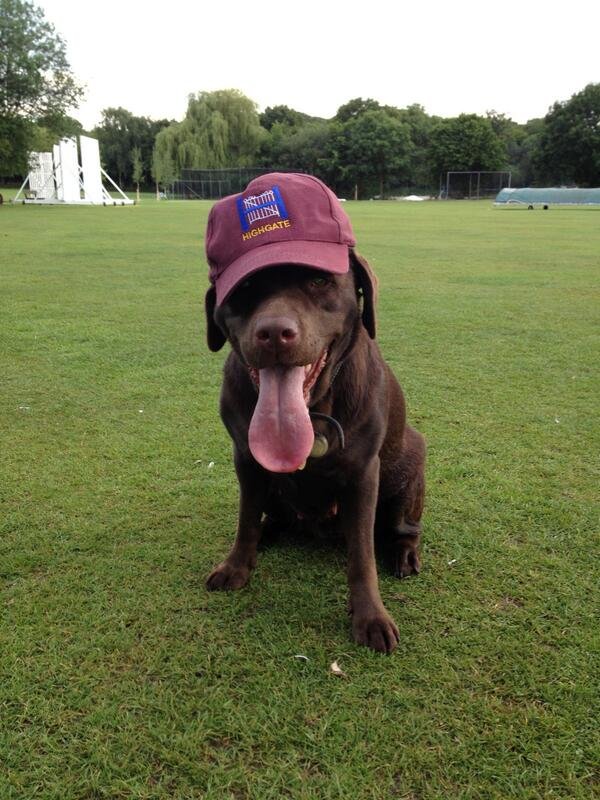 The statistics have been staggering, with 728% growth in the last year! This compares to other top clubs in the UK – Hallam CC (151% growth, finishing on some 171 All Stars) and Cuckfield CC (69% growth, finishing on 154). It is a delight to be able to say that we are the third largest All Stars centre in the UK. Next season will also be another bumper year for All Stars with winter programmes as well as four options of All Stars Centres in the summer. 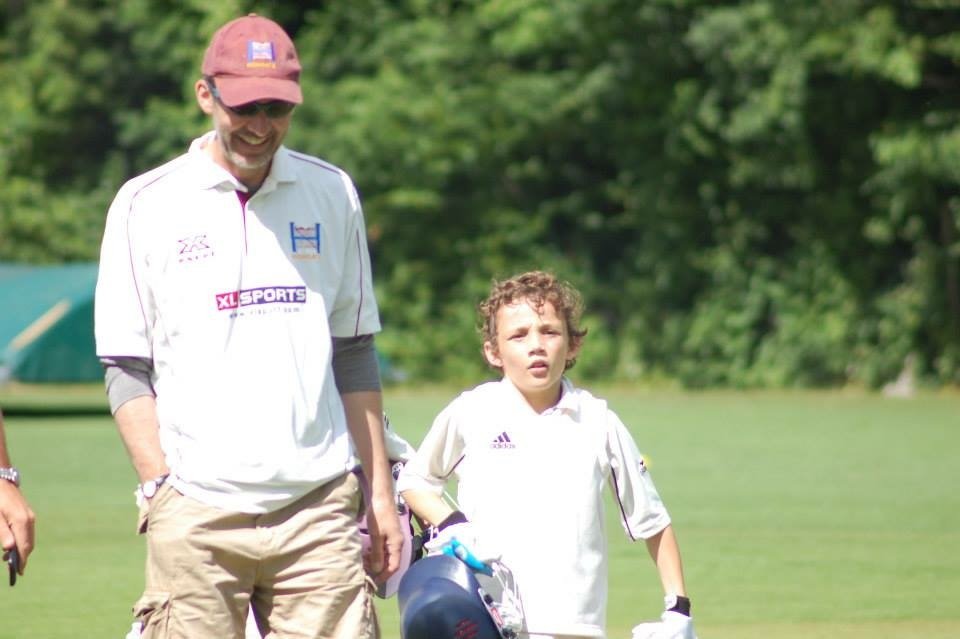 Impressive stuff. Tell us more about your school recruitment programme …

All Stars Cricket arose due to the decline in numbers in the  junior section during the preceding years. The committee decided we needed to take our programmes to local schools to boost the club’s profile and attract new kids. Twenty-two schools were approached and we provided taster sessions. The majority of schools were in Haringey, although we do engage with some schools slightly further away in Barnet and Camden. We have seen some positive results and will be continuing this in a more focused manner in 2019. We will also be looking to replicate our Year 3 and Year 4 Schools’ Cricket Tournament in July 2019, where we invite various local schools to participate.

Club Spotlight: How Mossley CC won their fight for survival

All images used are with permission from Highgate CC.

Would your cricket club like to be featured in our Club Spotlight section? If you have an interesting story to tell, please contact editorial@wisden.com.