A 188-run opening partnership between Tammy Beaumont and Danni Wyatt laid the platform for a convincing win for England over Pakistan in Kuala Lumpur.

Nearly 10 years after her ODI debut, Wyatt struck her maiden ODI century at the 59th attempt off just 86 balls. Only six ODI hundreds in the women’s game have been hit at a higher strike-rate for England that Wyatt’s 115.78. Wyatt’s opening partner Beaumont registered her seventh ODI hundred – only Charlotte Edwards and Claire Taylor have scored more in women’s ODIs for England. Wyatt and Beaumont’s stand was also the second highest women’s ODI opening partnership in England’s history. 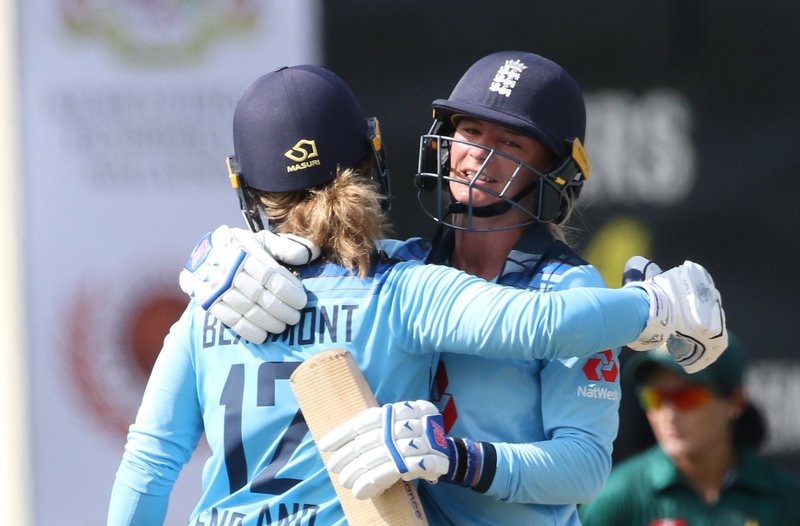 Beaumont’s career ODI average climbed to 42.25 after her innings, meaning that no woman has scored more ODI runs for England at a better average. In a four year period dating back to the start of 2016, Beaumont now averages 49.06 in ODI cricket. Prior to 2016, she averaged just 17.25 in the format. In fact, since January 2016, Beaumont has scored more runs in women’s ODIs than anyone in the world and only Meg Lanning (seven) has scored as many centuries as Beaumont.

The Wyatt-Beaumont partnership laid the platform for what was ultimately a fairly routine win for England. Pakistan fell 75 runs short of England’s 284-6 as Kate Cross impressed with a four-wicket haul while Sarah Glenn took two lower-order wickets on debut.

Since Wyatt established herself as one of the premier T20I opening batters on the planet during the 2017/18 Ashes – no one has scored more hundreds than her in that time period – the question of how best to utilise her obvious skillset in ODI cricket has still lingered. She has opened just three times in ODI cricket since her breakthrough T20I ton in Canberra and has often been used, with mixed success, in the lower middle-order.

Prior to 2019, Wyatt had never passed 50 in the format and wasn’t always secure of her place in the side – she was omitted from the England XI for the first Ashes ODI, for example. After Amy Jones’ nightmare ODI leg of the Ashes where she scored just five runs from three innings, the move has been made to promote Wyatt back up to the top of the order.

On a pitch that Tammy Beaumont described after the game as “quite a hard wicket”, Wyatt’s ability to clear as well as find the boundary – all three sixes in the match came off her blade – was an obvious point of difference between her and the rest. If England can get the best from Wyatt then the prospect of her and Beaumont firing on all cylinders at the top of the order is a tantalising one.

This article was brought to you in association with Sportsbetio