She would have been disappointed to drop it. After all, she says, she prides herself on her fielding. Still, when Mady Villiers was given her first bowl at the T20 World Cup, in the big one against West Indies, and floated up her fourth delivery with enough dip to induce the miscue from the lively bat of Shemaine Campbelle, it took agility to bounce across the umpire’s line and nerve to avoid a tangle with the non-striker. She went with two hands; it stuck in one. Her first over in a world tournament would be a wicket maiden.

“It either sticks or it don’t!” she says down the phone the day after the match. “I’ve worked so hard on return catches ever since I dropped Alyssa Healy third ball on my debut [in summer 2019], that’s been a thorn in my side ever since. You throw yourself about for the team, and if they stick, they stick.” Does she know that the catch went viral? “I see it that the ICC tweeted it, and it was on the BBC, but I don’t really check social media or stuff like that.”

What a way to mark your #T20WorldCup debut ?

Mady Villiers’ sharp return catch is the @Nissan Play of the Day from yesterday’s action ⚡ pic.twitter.com/c0WqvPhQxR

Villiers is resoundingly Essex. “Cricket was just thrown upon me,” she says. “I didn’t need it really! It was just something that I stumbled across at school.”

The school in question is Shenfield High, a decent state-funded comprehensive in a none too salubrious area. From her first year there, Villiers was bombarded with cricket. This is what can happen, even now, when a teacher refuses to accept the inequities inherent in the schools system. The man in this case is Garry Sapsford, whose programme for cricket at Shenfield, nurtured over two decades, has just delivered its first fully-fledged international.

“It’s got an amazing cricket set-up there, it’s even got an academy now, and it’s feeding through some really talented players. I didn’t really enjoy it at first, I’m so competitive and it’s such an individual game, that it just highlighted my competitiveness. But Garry is the biggest cricket fan I’ve ever met in my life and he’s so passionate for us to do well.”

If Villiers had gone to a neighbouring school it’s implausible that cricket would have found her. There was no attachment to the game in her family – “My mum hated it when I started playing because there’s so many rules and she didn’t understand the scoring. But now she loves it…” – and minimal exposure to women’s cricket generally.

When she fell for the game, it was the men she found. Ian Bell was her first idol, while Alastair Cook’s Essexness played its part. She was a batter first, and though she still fancies herself for a few runs at the death (“I prefer the longer format though – I’m not really a muscler…”), it’s her off-spin which has taken her to the top. 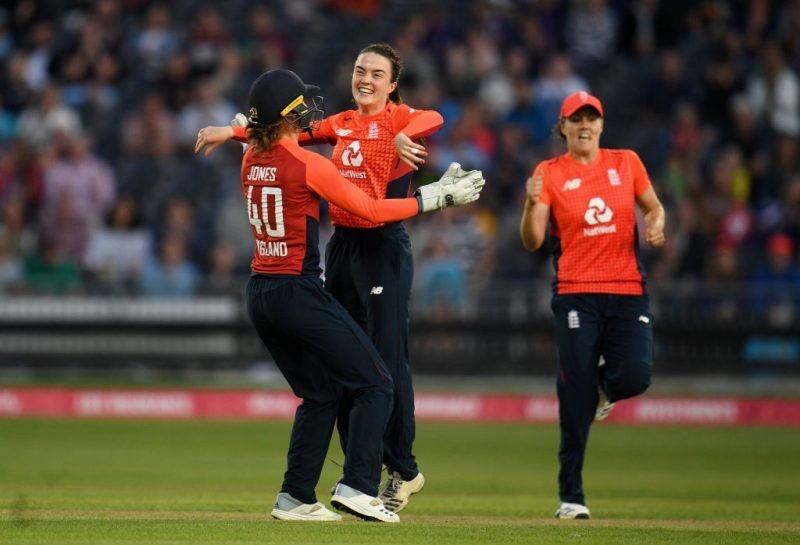 Nathan Lyon is the model these days, and it’s possible to see elements of his style in Villiers’ quick-slow approach and bouncy, compact gather. Another inspiration, closer to home, is Sophie Ecclestone, the 20-year-old veteran with the aura of a woman who’s seen it all and the action to match. For Villiers, watching Ecclestone is a constantly revealing education.

“Soph’s done this for a few years now so she’s pretty clued up about how to go about it,” she says. “She stays so calm under pressure. If we need a wicket she wants the ball. She keeps things so simple, she knows her game so well. And she’s so skilful. If you ask her to bowl a certain ball, she’ll bowl it on the spot. It’s quite easy to lose your cool, especially in big games, but she’s shown me that if it does go wrong, there’s always time to pull it back.”

Villiers completes with the sprightly leg-spinner Sarah Glenn a suddenly tantalising spin trio. “Glenny? Oh, we just get each other through it! We’ve been looking for a leg-spinner for God-knows how long, and we’ve found a really good one. She works so hard. She’s incredibly talented and skilful.” 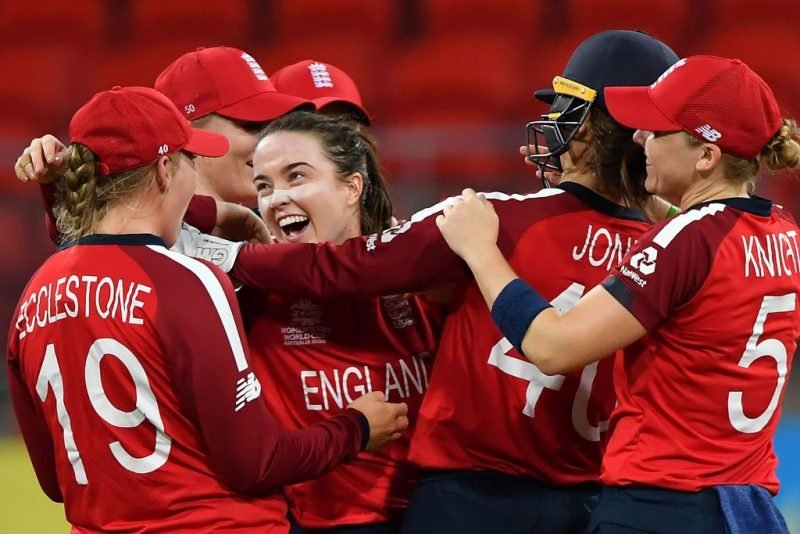 Mady Villiers, alongside Sarah Glenn and Sophie Ecclestone, is part of an exciting trio of young England spinners

It hasn’t always been like this. In the spring of 2018, Villiers, then 19, was ready to jack it in. “I’d just had enough. This is so rogue but I was gonna do a season in Ibiza – you know, bar work and anything else I could get my hands on job-wise – because I’d had enough of it. I was just getting nowhere. I love playing for Essex, don’t get me wrong, but I felt like I wasn’t getting anywhere with England. I hadn’t been a part of any of the England academy set-ups.

“And I don’t know if he knows this, but about a month before I was about to fly to Ibiza, the Surrey head coach, Richard Bedbrook, told me that he wanted me in the Surrey Stars in the Super League. He changed my life really, by giving me that opportunity.”

Before jetting off to Australia for the @T20WorldCup, we took @VilliersMady back to Larchwood Primary School to help inspire the next generation of cricketers ????

Villiers recognises she’s in the vanguard of significant change in women’s cricket. Again she looks to Ecclestone for guidance. “Soph’s the first one of our generation to show it really can be a career, she chose not to go to university and she’s come up trumps, she’s the trailblazer in that sense – it shows that you can make a good living from the game now. It’s only gonna get better.”

The day after our conversation, it’s announced that prize money for the first iteration of The Hundred will be equal for both the men’s and women’s events, with the £600k pot split down the middle. While the salary pay gap remains unsettlingly stark, this at least qualifies as progress, and a sign of what’s to come. Villiers has been snapped up by Trent Rockets, to play under her mentor, “the best all-rounder in the world”, Nat Sciver. She’s bang up for it, and why not? There is a shimmer to the women’s version of this thing at odds with the gaudiness of the men’s.

Related Story: AB de Villiers says Virat Kohli is ‘much deeper than just a cricketer’
After making her debut against them last summer, she says it’s her dream to face Australia again, a team packed with left-handers, in another really big game. If the rain holds for long enough and England can overcome India, come Sunday it could come to pass.