Several high-profile England players have switched teams for the 2018 edition of the Kia Super League.

The announcement of the England player allocations for the third year of the six-team domestic T20 competition revealed moves for a number of the national squad’s World Cup winners. 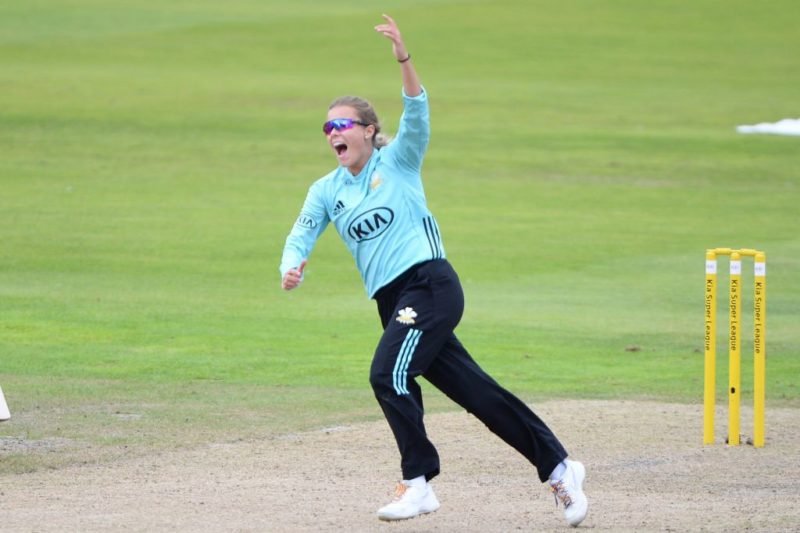 Alex Hartley is heading back to Lancashire

Her former Stars teammate and left-arm spinner Alex Hartley will also be in new colours as she heads back to her home county to play for Lancashire Thunder. Making the reverse move to replace Beaumont behind the stumps is Sarah Taylor, who has been rested for England’s upcoming tour of India to prepare for a big summer of cricket ahead.

Overseas players are yet to be announced. 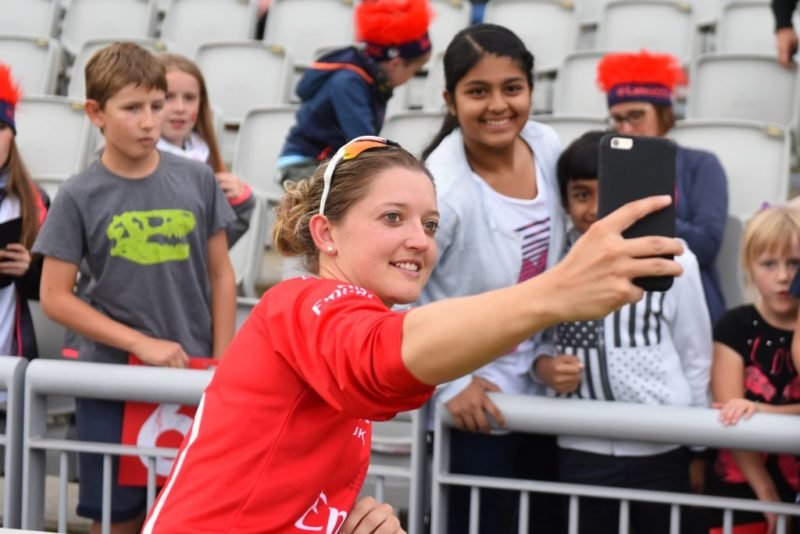 Sarah Taylor will be taking selfies for Surrey this year

KSL general manager Jo Kirk explained the new team changes. “The latest player movements are to ensure the best balance between the six sides and to maintain a fair and competitive competition with the over-arching principle of trying to ensure a best versus best competition.”

“We want the KSL to continue to go from strength to strength in its third year. Attendances rose by 44 per cent last year and we’re looking forward to even more fans attending games this summer, hopefully culminating in a sold-out Finals Day down in Hove.”

England players on the move in the Kia Super League 2018!https://t.co/DIYZnqO8yH pic.twitter.com/HAGRZPoE4S

New Southern Vipers batter Tammy Beaumont said: “I’m really excited to be a Southern Viper after a great couple of years with the Stars. I can’t wait to travel to Guildford for the opening game to face my old teammates!”

The third year of the Kia Super League will kick off on July 22 with all six teams in action. Western Storm will begin the defence of their title at the Cooper Associates County Ground against Yorkshire Diamonds live on Sky. Meanwhile a rematch of last year’s semi-final will see Surrey Stars and Southern Vipers meet at Guildford. Lancashire Thunder and Loughborough Lightning round off the opening games at Southport.

Finals Day will be played at the 1stCentral County Ground, Hove, on Bank Holiday Monday, August 27.