Former England Women captain Charlotte Edwards has lauded Ellyse Perry for her terrific performances during the Women’s Ashes, calling the all-rounder the greatest cricketer in the women’s game.

When Perry made her international debut back in 2008, at the age of 17, she was more of a bowling all-rounder who could bat a bit. Come 2019, the Sydney-born cricketer is one of the game’s greatest all-rounders.

Perry finished the multi-format Ashes as the leading performer with both bat and ball, with 378 runs and 15 wickets at staggering averages of 94.50 and 12.87 respectively.

Edwards, herself a great of the game, was all praise. “I loved playing against her and she’s definitely improved a lot since I stopped playing,” she said. “You knew then she’d become an unbelievable batter. She was mainly a bowler in my career and now we see what an unbelievable all-rounder she is and the greatest female player we’re ever going to see.

“In one skill alone, in terms of bowling or batting, she’d be a great. And she’s getting better and better with age, she’s only 28, it’s quite scary really to think what she can achieve in the next few years.”

Perry’s Ashes tour started with a match-winning spell of 3-43 in the first ODI in Leicester. She followed this up with a half-century in the next game and then returned 7-22 in the third ODI: the best ever bowling figures for an Australian woman in ODI cricket. 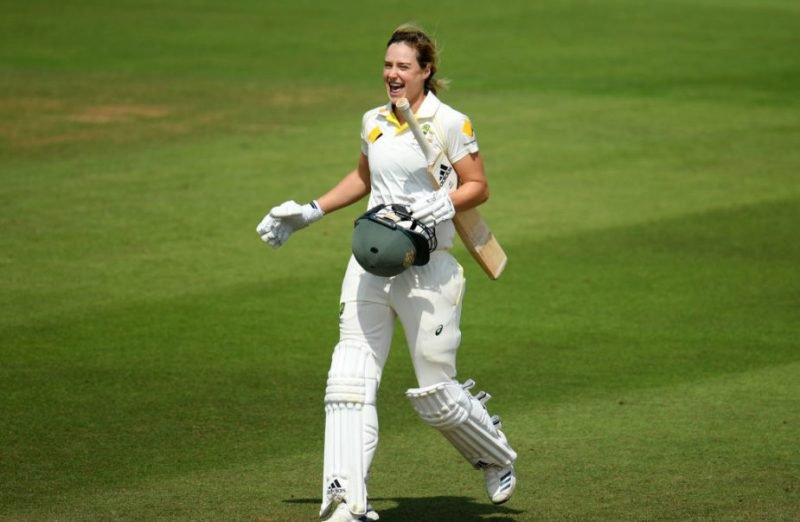 She was Player of the Match in the only Test too, scoring 116 and 76* in the two innings. She then excelled in the shortest format with unbeaten knocks of 7, 47 and 60. In the process, she became the only cricketer, male or female, to achieve a double of 1000 runs and 100 wickets in T20 internationals.

Edwards, who was the first cricketer to reach the 2,500-run milestone in T20Is, was in awe of the Australian’s appetite for runs.

“One thing all the great players share is that competitiveness, the desire to want to be better,” Edwards said. “That just strikes me every single time I watch her warm up and she treats the last game of the series like the first game of the series.

Winners of the Player of the Match award in this year's Ashes series:

Ellyse Perry is having an extraordinary summer. pic.twitter.com/flgoarvwaP

“She wants to win and it’s something sometimes you can’t coach that. That’s something very special about her. She’s so competitive and hates getting out and that’s a good thing. She values her wicket but equally, she knows her game very well.”

Perry, meanwhile, was happy with her awards, but revelled more in her team’s overall success. “It’s really nice to be recognised in that manner but even nicer to be taking the Ashes home with us,” she said. “As far as I’m aware, [it’s] our most dominant display since multi-series format [began].”