Even before England Women’s first T20I against India got underway, they were up against it.

While seam-bowling all-rounder Georgia Elwiss’ back stress fracture is the more concerning injury long-term – she is England’s third bowler in recent times to suffer such an injury – the loss of first-choice keeper Amy Jones to illness was the more immediate quandary, forcing Tammy Beaumont, who has kept in just 17 of her 128 internationals before today, and just once since the 2017 World Cup, to take up the gauntlets.

She would have been forgiven for being out of practice – with Jones establishing herself as an international cricketer of some stature, and Sarah Taylor now available more regularly, Beaumont is often third in line for England. 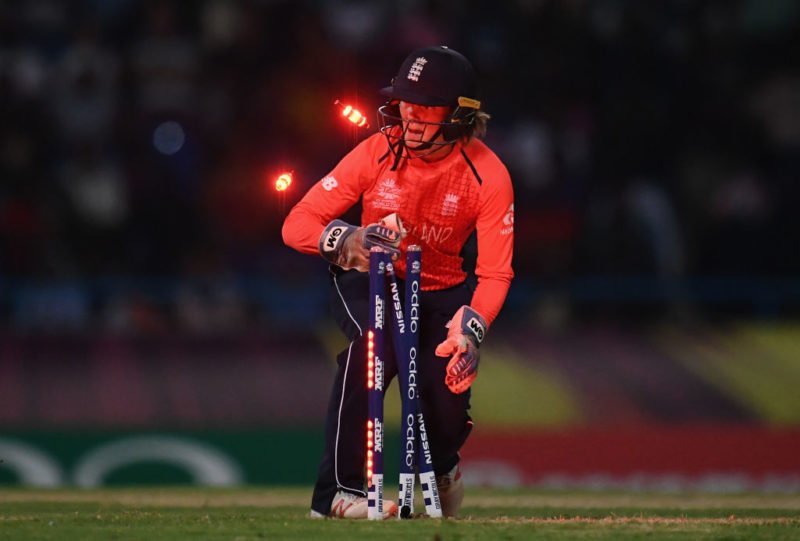 Amy Jones was ruled out through illness

Ever diligent however, Beaumont kept astutely, claiming two catches and not letting through a single bye. “I was told to pack the gloves,” she said. “But with Sarah Taylor playing in the ODIs and then Jones unfortunately falling ill yesterday… I have been doing a little bit of practice, but certainly didn’t want to get gloves out on this tour, having two world class wicketkeepers in the England squad. But it is always good fun when you get a chance.”

The limited recent evidence suggests Beaumont is capable of juggling the dual responsibilities of batting and keeping. Last time she did so for England, against Australia in March 2018, she struck an unbeaten 58 from 44 balls to guide her side home in a chase of 150, while today she made another half-century, adding 89 for the first wicket with regular T20I opening partner Danni Wyatt, who made 35.

“It was just a case of playing to our strengths,” Beaumont said. “Danni and I hit in quite different areas, so we complement each other really well. It was just a case of sticking to our strengths and trying to play the right shots – have a little bit of fun with the field if you can and if you can get them to change the field that opens up a different area. It’s nice when it comes off, making them make field changes. We were just trying to play smart.” 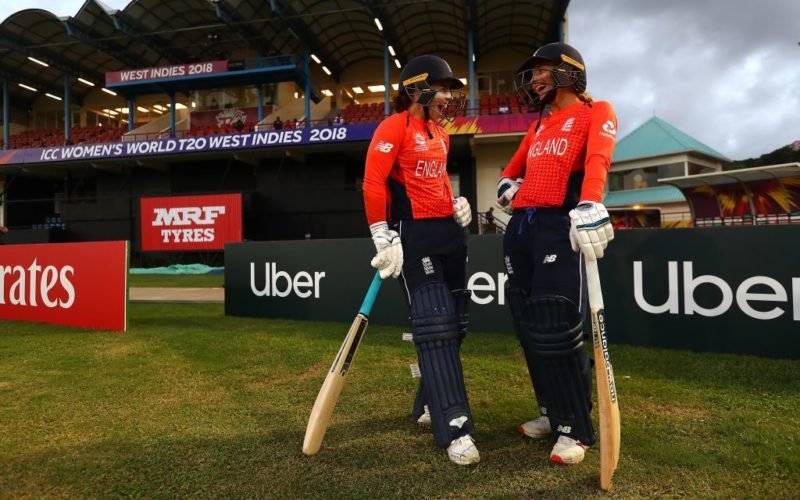 Beaumont and Wyatt put on an 89-run partnership

Their partnership set the platform for captain Heather Knight to add the afterburners. She scored 40 from 20 balls, at one point striking six consecutive fours, as England surged to 160-4.

“She is particularly smart early on, picking the right bowlers to go after, to open up the offside and wind up,” said Beaumont. “It was a slow wicket and she was exceptional. That’s really why we got 160 at the end.”

Knight played with a fluency that had eluded England early on, with Wyatt and Beaumont each scoring at just over a run a ball. The pair were able to put any frustrations out of their minds and simply focus on the next ball, something which Beaumont felt eluded the team during the ODI series that preceded the T20Is, which England lost 2-1.

“It’s fine to take the easy option and if you miss out with a few dots then just make sure you are still there to tap the next one. I hit a few good ones which went to the fielders. It was just a case of accepting what’s gone is gone and making sure I am still there. 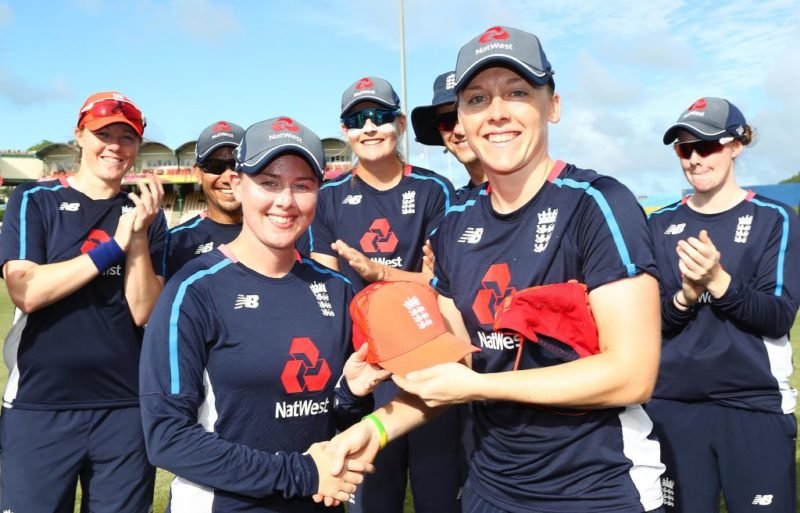 “That’s where we probably went wrong in the ODIs. We would bear the storm and then lose another wicket. It is really important that if you make a mistake then you play a few balls and make sure that you stay there and make use of it. For someone else coming in, it will be much harder for her than you who has been there for ten overs.”

England’s total looked a tough ask for India to chase, and quickly ventured into the realms of the impossible as India slipped to 23-3 in the fourth over, with left-arm spinner Linsey Smith, who made her debut in last November’s World T20, picking up wickets with her second and third deliveries of the tour.

“I thought she was exceptional at the World Cup last year,” said Beaumont. “Now she has come back in, first game of the tour and first ball pretty much got a wicket and not just any wicket but that of Smriti Mandhana. She was going to be the key batter in that chase.

“She has got a big future. She has not played many games, but she has got a really good temperament. She is always up for the fight and that’s what you want in T20 cricket. If she gets hits a six then she wants to respond even more. It will be hard to sort of step into the ODI side when Sophie Ecclestone is fit, but I don’t think that’s impossible.”

England went on to secure a 41-run win and claim a 1-0 in the series. The second game takes place on March 7.