A 22-year-old David Warner‘s sparkling 89 on debut is No.3 in Wisden’s T20 innings of the 2000s, as picked by CricViz analyst Freddie Wilde.

When Warner made his T20 international debut he had only played 20 professional matches and none at the first-class level. He was the first man since John Hodges and Tom Kendall in the first Test of all in March 1877 to represent Australia without having played a first-class match.

He would have been forgiven then, for feeling a touch overawed by the occasion when he stepped out to open the batting at the MCG in front of 75,000 people and against a South African attack that included Dale Steyn and Ntini. Well if he was, he didn’t show it. 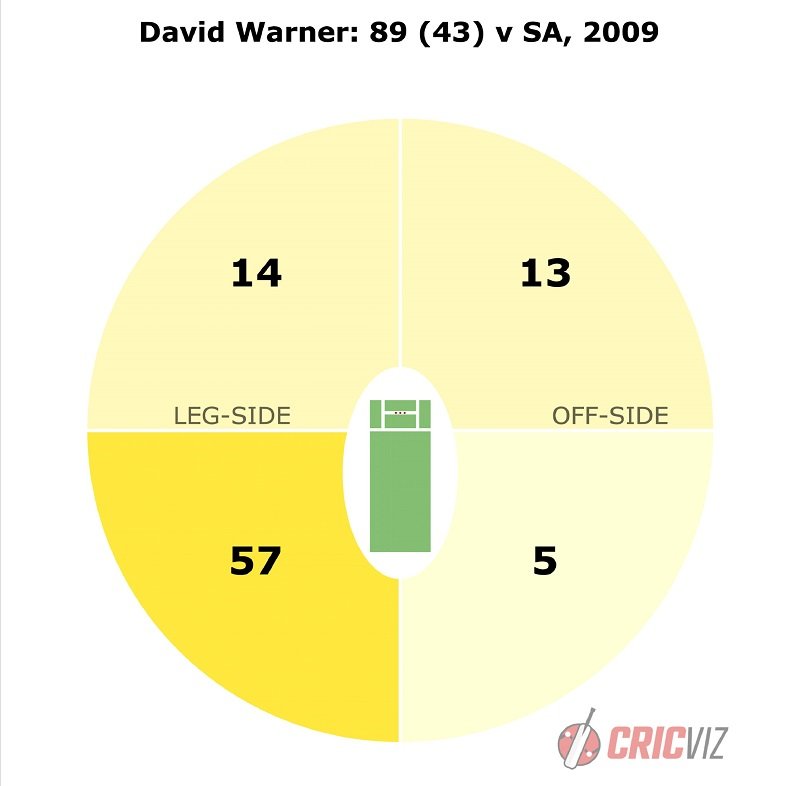 Warner’s nickname ‘The Bull’ felt apposite as he wasted no time charging after South Africa’s quicks, announcing himself to the world in astonishing fashion with a brutal cameo of 89 off just 43 balls. Steyn and Ntini bowled in the high 140s but Warner was not cowed – if anything the extra ball-speed only made him more destructive. The boundaries at the MCG are among the largest in the world but Warner cleared them with ease, bludgeoning six sixes – some of which went many rows back into the stands.

The entire innings felt futuristic but not totally detached from the traditions of the game. He was busy from the off – scampering a single off his first ball; he displayed placement – threading a four through backward point; and his six sixes – clubbed in an arc from mid on to square leg, represented the new age. In 64 breathless minutes, Warner’s life changed forever and modern batting had been set on a new path.