Martin Bicknell, one of England’s first-class giants would consider himself unlucky to feature in no more than four Tests. In what happened to be his final international appearance, the Surrey quick unleashed a piece of magic worth remembering – a sequence of swinging deliveries that foxed Jacques Rudolph at The Oval.

A classic horses-for- courses selection, they said, an old-fashioned English bowler to do a job on seaming green-tops. Backhanded compliment it might have been, but in Martin Bicknell’s recall following a 10-year Test absence, he demonstrated the real artistry of swing and seam bowling to produce a moment of pure class.

He had performed adequately in the previous Test at Leeds, taking 4-125 in a losing cause, but it was in the late summer sunshine of early September on his home ground that Bicknell produced his finest moment in an unfulfilled England career.

England were resurgent, having replied to the Proteas’ first innings 484 with 604. They had the visitors on the hop at 118-4 but they needed to keep taking wickets in order to dismiss the visitors cheaply and knock off the required runs to level the series at two matches apiece.

Trailing by two runs with six second-innings wickets intact, South Africa’s rookie No.6 Jacques Rudolph was facing up to Bicknell. Having already dismissed Rudolph in the first innings, Bicknell used his years of experience to undo his man yet again.

The first ball of the 37th over swung away from Rudolph, as did the second. Sage commentators might have known what was coming; a slight shuffle of the ball in Bicknell’s hand was all that it would have taken. 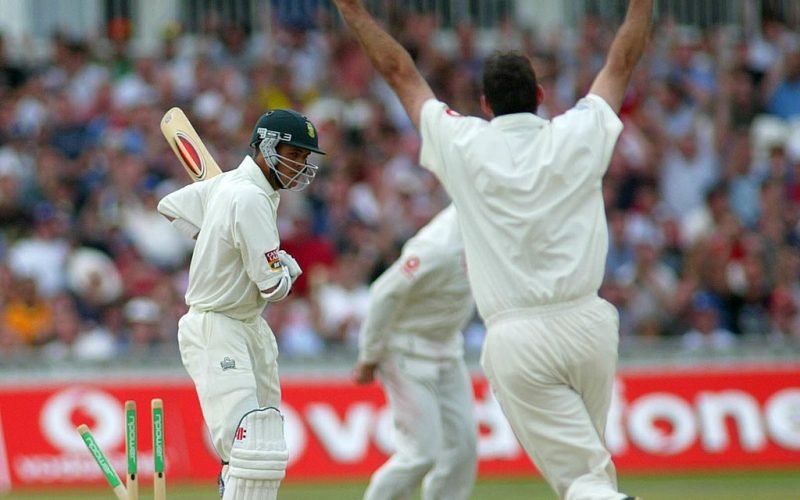 Rudolph falls after making a terrible error in judgement

The Surrey seamer chugged in, the batsman expectant, and released the third ball of the over. Rudolph saw it, judged the line, and opted to shoulder arms and offer no stroke. To Rudolph’s horror, the ball arced inward to clip the top of off stump and bowl him for 8.

England would go on to win one of the great Tests of this century. As for Bicknell, he just quietly traipsed away from the scene, his work with England done forever. He only played four Tests – not nearly enough for a 1,000 first-class wicket man. But in that one moment against Rudolph, he reminded us all what we’d been missing.

Is it really all doom and gloom for England?