With India in the middle of a Test season drought, ahead of the T20 World Cup in Australia later this year, fast bowler Umesh Yadav is desperately trying to get in more game time.

With India’s Test assignments limited to just two games in New Zealand until the end of the year, when they tour Australia, Umesh, who has been a red-ball specialist lately, is free of international commitments for much of the foreseeable future.

Having hit the peak of his powers during the short home Test season, when India hosted South Africa and Bangladesh for five Tests, Umesh now rues the lack of “optimum workload”.

“Workload management is a balance that you strike when you are constantly playing matches,” he said. “In my case, it’s been the opposite. I have played lesser and lesser in the past two years [2018 and 2019]. So there hasn’t even been optimum workload for me. 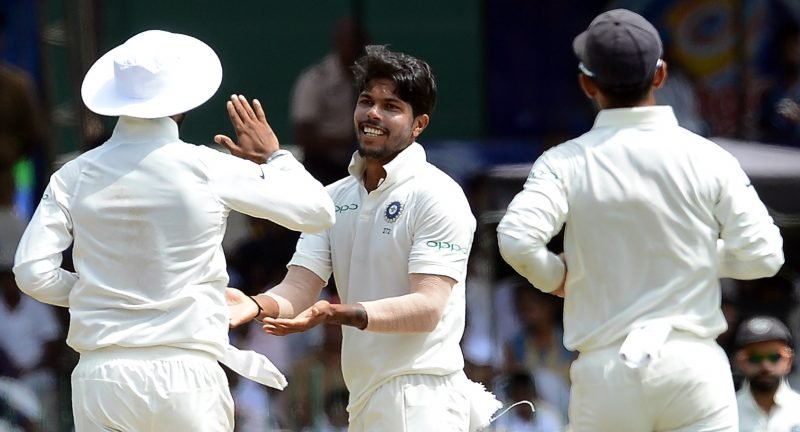 Yadav has been excellent in Tests, but has struggled to replicate that form in white-ball cricket

“I am 31 years old and the next four to five years are very important. If you look at my record. I played four Tests last year (2019), and before that another four in 2018. In white ball, I played only one game last year. At this age, the more I bowl, the better I will get.”

Since September 2017, Umesh has played just four ODIs, while his T20I career has been limited to seven games in as many years. As things stand, Umesh doesn’t figure to be anywhere near India’s plans for the World Cup.

All that has left him playing domestic cricket, where he is playing his fourth match for Vidarbha in the ongoing Ranji Trophy, and is set to feature in one more, against Saurashtra. Umesh will also be a part of the six-week-long Indian Premier League, after which he will once again find himself in a barren stretch.

It also didn’t help that a county offer fell by the wayside last year due to a conflict between the requirements from Gloucestershire, the county that signed him up, and the BCCI’s workload management policy. However, that won’t deter Umesh from trying again this year.

“I got a county offer last season [from Gloucestershire]. They wanted me to play seven games, but the BCCI workload management policy doesn’t allow me to play more than two or three games. So the deal didn’t work out. Also, I had some niggles to take care of after IPL.

“The concern about county cricket is that if they have a professional playing for them, they would hand over the ball to him and expect that bowler to send down maximum overs.”