The T20 Blast is still less than a month old, and amid some good performances with both ball and bat, Ed Wicken looked at the players who stood out in the past week.

Australian D’Arcy Short put in two good performances this week but his unbeaten effort against Leicestershire was the standout. The 28-year-old bludgeoned his way to 77* off just 36 balls, with six sixes in total as Durham knocked off 161 in just 11.1 overs to win. His innings against Leicestershire was very similar — 70 off 36 — as Durham again chased their target with time to spare. Short pips the impressive Tom Banton into the side on account of the four wickets he’s taken with his leg-spin as well.

Despite a fairly lean return in the World Cup, the New Zealander hit a scintillating innings against Durham. The Worcestershire opener hit 86* off just 31 balls, comfortably on course for a century, but he ran out of time as his big hitting took Worcesteshire to their their target with almost eight overs remaining. 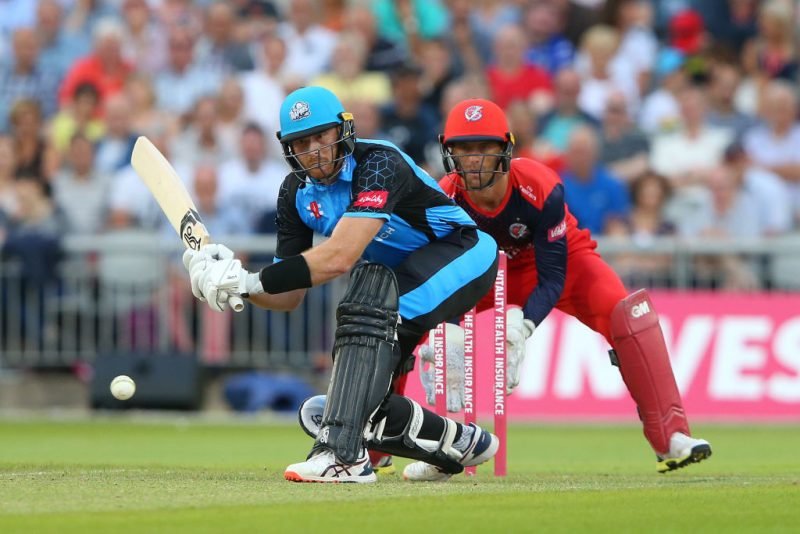 Guptill struggled in the World Cup but found form against Durham

The Pakistani is the best international T20 player in the world, according to the ICC rankings, and he showed why against Hampshire. The 24-year-old struck a flowing 95* to give Somerset a target to defend, although they ultimately lost narrowly. He followed that effort with 83 and 43 against Sussex and Surrey respectively.

The former England international played a crucial knock for Sussex in their nail-biting match against Surrey, which ended in a tie. Wright anchored Sussex’s innings, opening the batting and saw out the full 20 overs despite losing eight partners along the way. In the end, his efforts were enough to post a score which Surrey could not quite overcome. 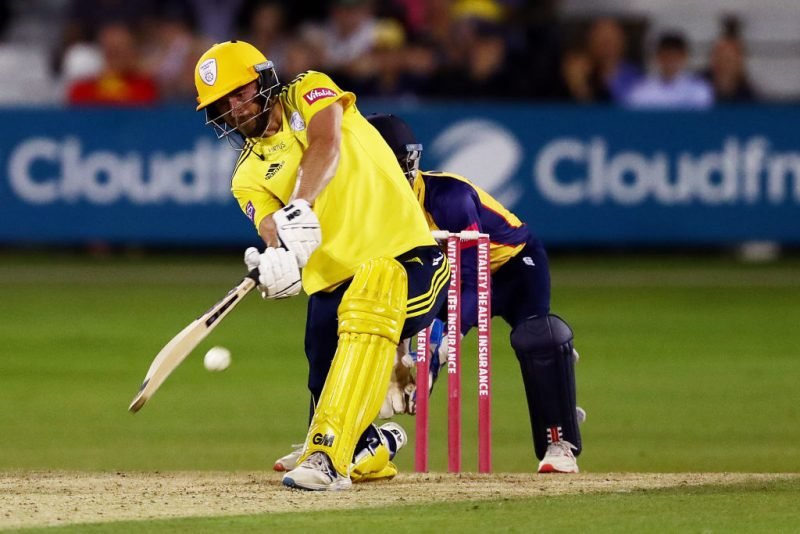 Hampshire’s captain led from the front against Essex, racking up an unbeaten 87 off just 54 deliveries. Vince was another player this week to run out of time before he hit his hundred as Hampshire knocked off their target in the 16th over.

The Australian wicketkeeper has carried his excellent World Cup form into the Blast and helped Sussex to victory over Somerset with an excellent 78. The 46-ball knock was comfortably the highest score of the innings and led Sussex to a competitive total.

Nabi’s innings against Surrey was not remarkable for the amount of runs, but rather the strike rate. In a rain-affected game, Kent were chasing just 55 from seven overs, of which the 34-year old hit 43 off just 12 balls.

Although he made his name as a seam bowler, Parnell hit a crucial knock as the Rapids beat Yorkshire by just two wickets. The South African Kolpak player, coming in at number four, hit an unbeaten 81 off just 46 balls and was always in control of Worcestershire’s tricky chase.

Curran took tremendous figures as Surrey thrashed Glamorgan at the Oval, while also taking the first hat-trick of this year’s Blast. Curran left Glamorgan 6-3 after taking his hat-trick in his first over of the match.

Roland-Jones took his first ever T20 five-wicket haul as Middlesex ran out comfortable winners over Glamorgan. The 31-year old also left the Welsh side on the receiving end of a second hat-trick in as many games as he wrapped up the tail.

One of the best T20 bowlers in the business, @gurneyhf, talks through his approach to the game.https://t.co/eknDeAEw3D

The Nottinghamshire man had an excellent Big Bash and showed his talent against Derbyshire Falcons, taking five wickets as the Outlaws comfortably defended their target. Gurney took five of Derbyshire’s top six and quelled any danger of a Falcons victory.