Bancroft, who was slapped with a nine-month ban by Cricket Australia for his involvement in the ball-tampering scandal during Australia’s tour of South Africa last year, was signed up by the county for the 2019 season in August last year. He takes over the captaincy reins from Paul Collingwood, after the veteran hung up his boots from all cricket last season. 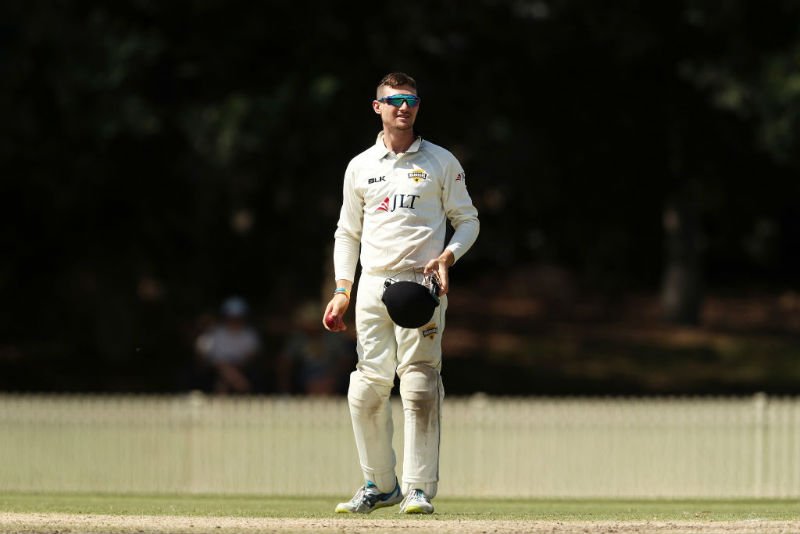 Bancroft takes over the reins from Paul Collingwood, who retired from all cricket last season

Bancroft’s ban ended in December 2018, and he has been in sublime form with the bat since returning. He scored 298 runs from 11 innings in the Big Bash League and 392 runs at an average of 56 from four first-class matches for Western Australia in the Sheffield Shield.

The call to name him captain came as a surprise to many and led to disappointment among some of the club’s fans, who complained that even if Bancroft was a worthy candidate to lead the side, he potentially isn’t a long-term option as he could be away on national duty for Australia.

But Marsh, who has previously captained Bancroft at the domestic level in Australia, felt that the 26-year-old is a great fit for the role.

Bancroft returned to professional cricket in December after a nine-month ban for his role in the Newlands ball-tampering scandal. https://t.co/KCbw7CcfVQ

“He’s a fantastic bloke, he’s obviously a really good leader in his own right, and I’m sure he’ll do a really good job over there,” he said after the first ODI against Pakistan in Sharjah.

“I think he’ll demand a lot of hard work. He’s a really good guy, a really good cricket brain. He’ll tackle it with both hands, that’s what ‘Bangers’ is. He’ll be getting over there, having a crack, and I’m sure he’ll do a really good job.”

Durham have been really upbeat about the signing themselves, with James Franklin, the coach, attributing qualities of ‘mental toughness’ and ‘attitude’ to the manner in which Bancroft has bounced back to form after a turbulent period following the ban.

“We’re delighted to have Cameron with us for the season and we’re confident he has the attributes to lead this exciting young Durham dressing room,” Franklin said. “He has invaluable experience at the top level and has enjoyed a successful spell in England before, during his time with Gloucestershire [in 2016-17].

“He’s proven since returning to first-class cricket over the last few months that he has the mental toughness, skill and attitude to excel at the highest level, and I’m sure he will relish the challenge we have at Durham this season.”